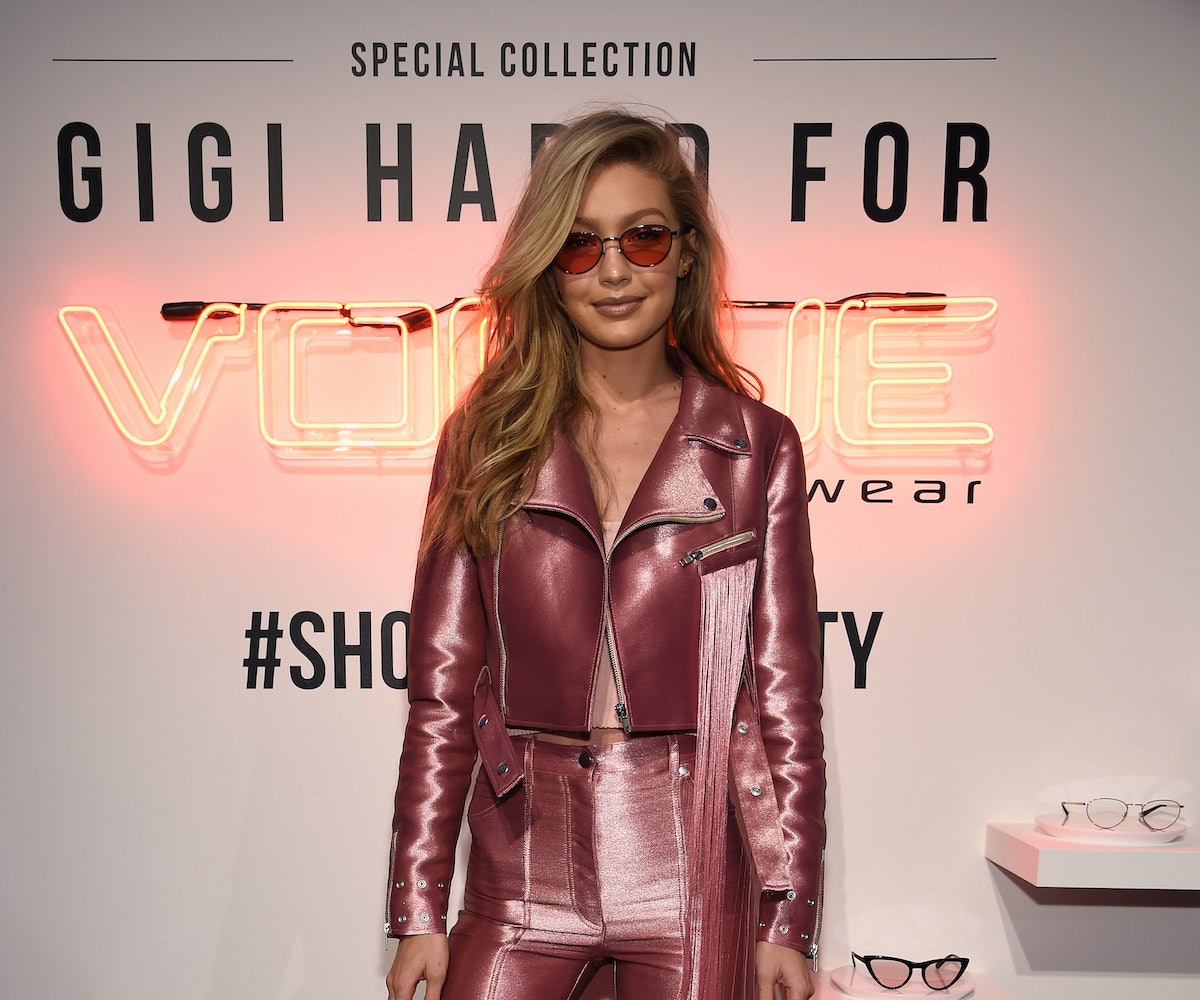 + Gigi Hadid is giving us serious Lizzie McGuire vibes in her latest fashion endeavor—and we're obsessed! At the launch of her Vogue Eyewear collection Tuesday night, the model sported a head-to-toe metallic pink number, complete with flared pants and a moto jacket. This is what pantsuit dreams are made of.

+ Apparently when you're Chance The Rapper's daughter, you get to have Yara Shahidi as a babysitter. The Blackish star met the performer at this year's BET Awards, where she offered her services. She took to Twitter to announce her new job, to which Chance The Rapper responded to come by, "whenever your avail."

+ Debby Ryan is the most recent star to appear on Ashley Tisdale's YouTube channel. The duo performed a cover of Destiny Child's iconic single "Say My Name," and it's pure magic. Watch the rendition, below.

+ Former One Direction singer Liam Payne teased the world once again with a partial photo of his baby son, Bear. The singer shared a photo of their adorable matching Yeezy sneakers, captioned, "Like father like son." The anticipation to see Bear is getting un-bear-able!

+ Lonely will be donating all profits today to Eva's Wish, a charity created by teenager Eva McGauley, who the brand is also featuring in its Lonely Girls portrait series (that previously included the likes of Jemima Kirke and Lena Dunham). McGauley is a New Zealand native who was diagnosed with nasopharyngeal cancer, and her dying wish was to create the charity to support victims of sexual assault. So, if there's ever been a time to purchase lingerie, it's today!

The Face Halo is the ultimate makeup remover. Its small pad is non-toxic, reusable, and requires only water to remove every ounce of makeup from the skin. One pad can be used up to 200 times, replacing about 500 makeup wipes. A three-pack of the Face Halo retails for $22. Get your hands on it now, and see what The Halo Effect is all about.

"The biggest mistake a woman can make is not to be herself in public or private." —Diane von Furstenberg