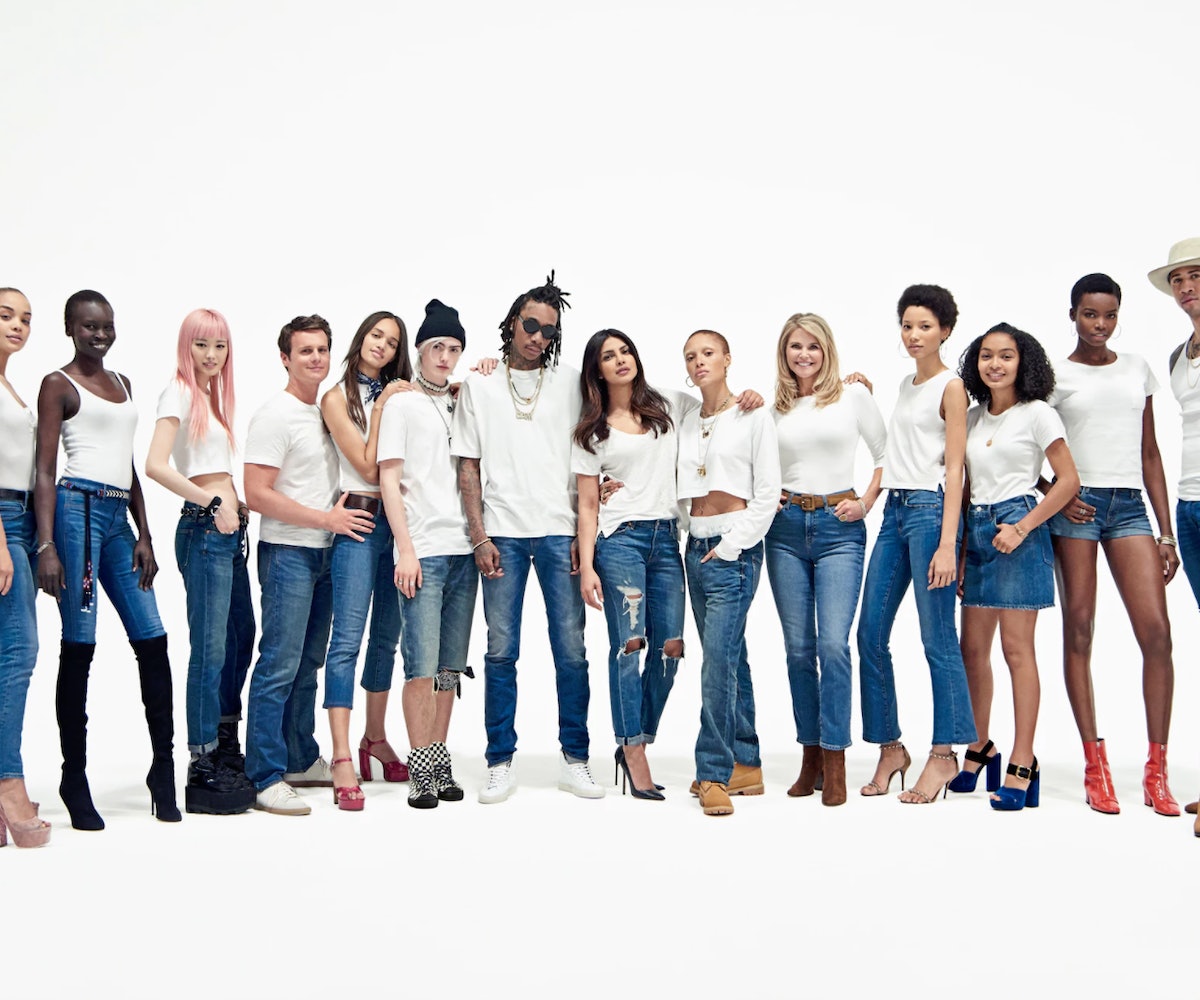 + Priyanka Chopra, Yara Shahidi, Wiz Khalifa, and many, many more appear in Gap's new star-studded campaign, “Bridging the Gap.” Directed by Vogue U.K. editor-in-chief, Edward Enninful, the campaign features all of your favorite celebs singing and dancing to Boney M.'s "Sunny" while sporting white tops and blue denim. According to Enninful, the film wanted to showcase "authenticity and people living their truths.” Watch the video, below.

+ Chance the Rapper's incredible philanthropic work will be honored during the BET Awards. On June 25, Lil' Chano will be awarded the Humanitarian of the Year award for his positive global impact. His work includes leading young people to the polls on election day, donating to Chicago public schools, and participating in Barack Obama’s "My Brother’s Keeper" community challenge.

+ DC's Legends of Tomorrow is adding a new superhero to the roster—and it's unlike any other. Actress Tala Ashe will play Zari Adrianna Tomaz, a Muslim-American activist, for the show's third season. Her superhero alias is Isis, after the ancient Egyptian goddess.

+ Rowan Blanchard was the latest guest to make an appearance on Janet Mock’s Never Before podcast. Discussion topics included the frustration of being compared to other former Disney stars, intersectional feminism, and how she learned about the topic on Tumblr.

+ Kendrick Lamar, Foo Fighters, The Killers, Miguel, and more will be performing at this year's Voodoo Music + Arts Festival in New Orleans in October. The festival will take place on Halloween weekend, and tickets go on sale this Friday at 10am.

Show off your girl power with Everything But Water x Kate Davis’ new necklace. The 14K gold-filled tag necklace is stamped with the words “GRL PWR,” complete with a cute lightning bolt symbol. Snag one for yourself here.

"I love to see a young girl go out and grab the world by the lapels. Life's a bitch. You've got to go out and kick ass." —Maya Angelou