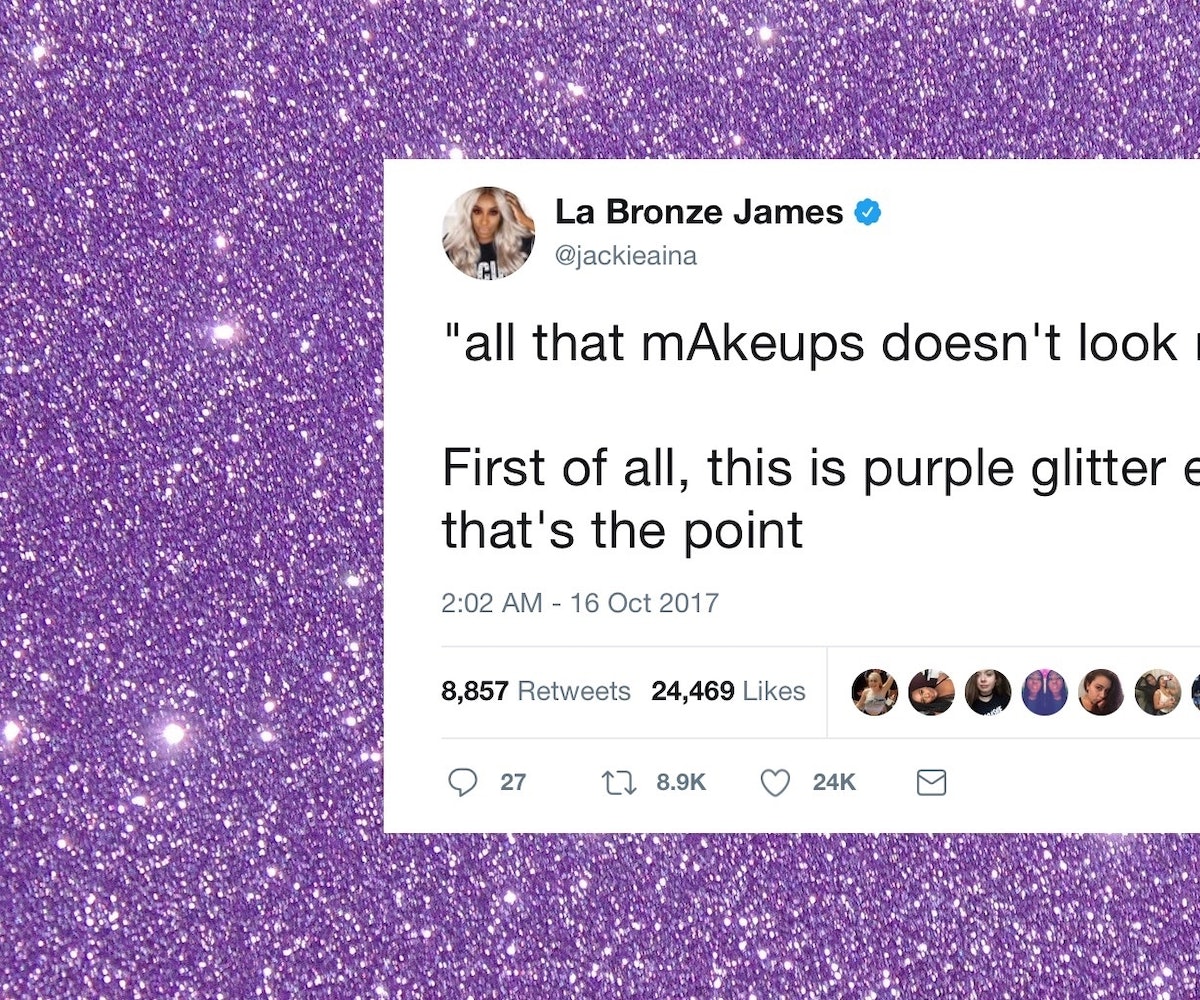 + With all the harrowing headlines we’ve been bombarded with lately, it’s nice to get our minds off of all the shit in the world (at least, for a minute) and indulge in the brilliant madness that is memes. The latest one to go viral? The “first of all" meme. Coming up with your own is simple. All you have to do is savagely respond to someone who's said something stupid online (and there's lots of material to choose from). The phenomenon’s inspired everyone from streaming service Netflix to music goddess SZA. We’ve gathered some of our favorites, below, to give you a laughing start to your Tuesday.

+ Pretty Little Liars star (and NYLON Español's first cover girl) Shay Mitchell debuted some sick new ink this week on Instagram. She turned to New York City-based tattoo artist Jonathan Valena—better known as JonBoy—for the job: tiny Roman numerals I, IV, III (1, 4, 3) along the side of her wrist. While the inspiration behind Mitchell’s tat still remains a mystery, we can only hope there’s some obscure PLL connection. Escandaloso! See the enviable ink, below.

+ In other celebrity news, congratulations are in order for Joe Jonas and Sophie Turner who recently announced their engagement with a pair of super-cute Instagram posts, sending Twitter into a Game of Thrones-themed meme frenzy! See the cutest and funniest reactions to the couple's engagement announcement, below, and congrats to the happy couple!

+ HAIM have released a stunning, stripped-down rendition of Shania Twain’s legendary song, “That Don’t Impress Me Much.” The track was recorded during a session at Australian radio station triple j, where the girls expressed their love and admiration for the Queen of Country Pop. “That’s one of the boxes that you have to tick if you want to date any of us," said Este Haim. "You have to be a Shania Twain fan." Quite impressive, if you ask us. Listen to the cover, below, and be sure to also check out Shania’s first album in over 15 years, Now.

This is not a drill: Take up to 75 percent off of sale items over at Calvin Klein. Now is the perfect time to buy that pricey pair of shoes and “practical” faux fur emerald green coat you’ve been eyeing. Think it can’t get any better? Think again. Take an extra 30 percent off of all styles using the code "FRIENDS30". Hop to it, babes.

"Always keep your eyes open. Keep watching, because whatever you see can inspire you." – Grace Coddington