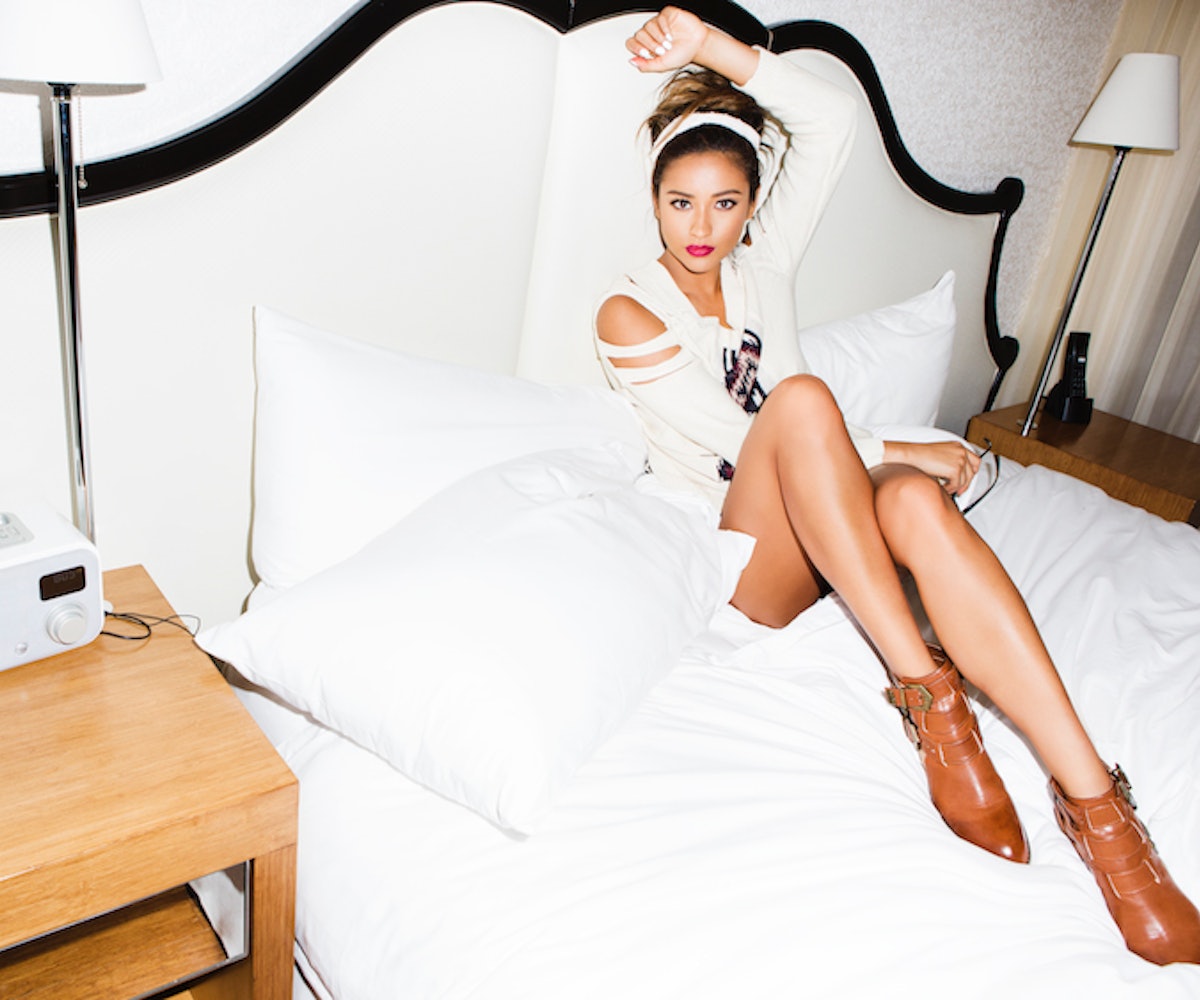 all photos by frankie batista

It's been a whirlwind since Shay Mitchell accepted the role as Emily Fields in the ABC Family hit Pretty Little Liars, to say the least. After all, her first IMDB credit is as a background model in Degrassi: The Next Generation. Since then, she's been juggling media appearances, running a lifestyle site with her best friend Michaela Blanley, running marathons with Nike, and sitting down for interviews with our sister magazine, NYLON Espanol. Still, we want to know more about our favorite liar. Here are five things we learned from her interview:

Sometimes it's better to say no. "I believe it's important to grab and work with what you can sustain, there are times when you have to say no. It's something I've learned, although in the beginning I would have said yes to all the work coming my way and in the end I would have been exhausted and this would not have been good for anyone. I think it all falls down to saying no sometimes, and knowing when to take the opportunity at the right time."

Rejection hurts, but don't let it get you down. "I was working at a restaurant before I was offered the opportunity to work in this, and if I had given up the first time I was rejected I would not be here. That's why I believe everybody can reach their dreams, they just have to fight and believe in themselves."

It's good to expand your musical horizons. "I also listen to music from other parts of the world; I love Cuban and Spanish music, R&B and Hip Hop and lots of new artists too. My ears are always ready to listen to new music and have it on my iPod."

You don't have to pick favorites. "I don't have a favorite designer, to me is like choosing your favorite song... There is always talent everywhere, that is why it's hard to choose just one."