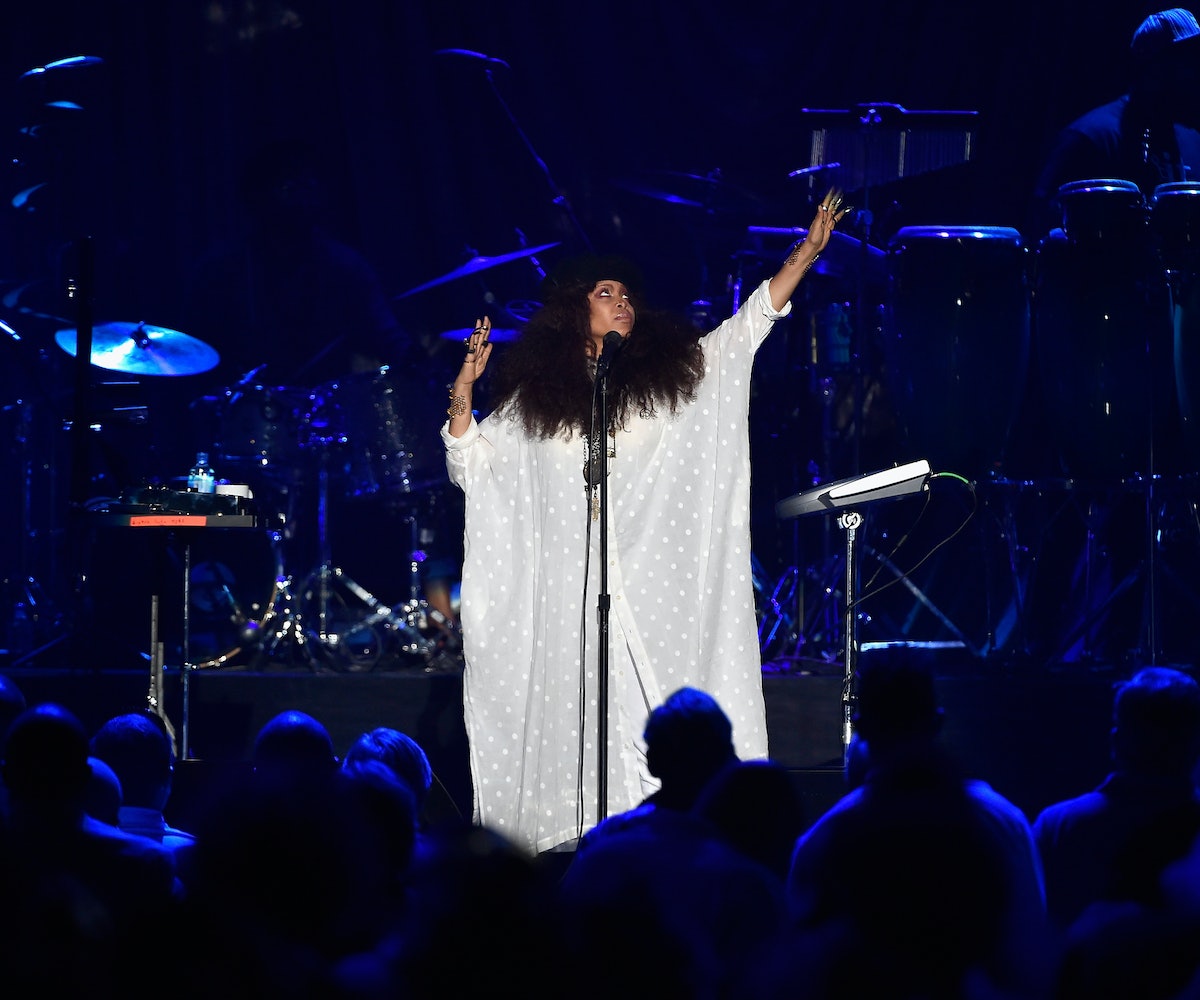 National Mammography Day! It's always better to be safe than sorry.

+ It's been a pretty big year for D.R.A.M., and we're sure that 2017 will be even better. After announcing a huge tour for the new year and dropping his debut album, Big Baby D.R.A.M., this morning, the Virginia-based rapper has taken things to the next level with a new single called "WiFi" featuring Erykah Badu. Given that we trust Badu's judgment more than our own, it's safe to say D.R.A.M. will be breaking ground for years to come.

+ To add to our list of necessary binge-watches, Netflix has dropped a new season for our favorite freaky dystopian series, Black Mirror. If Brexit and Trump haven't yet sent you over the edge yet, this chillingly dark look at a world taken over by tech might just. But don't you worry, it's only fictional (for now, at least).

+ Activist Michaela Angela Davis made a video about the importance of voting in the upcoming presidential election. Watch it over on Vimeo.

+ iPhone users beware—a new virus is here, and it's coming for your iMessage. According to reports by countless users, which have been confirmed by Apple, the virus disguises itself as a message claiming a new device is using your ID and phone number, only to flood your inbox (with possible unknown consequences) once you give it the okay. Fear not, however, the cure is found:: simply change your password and require the two-step verification ASAP.

+ Wet is back and better than ever with two brand-new tracks about "being stuck in in-between places." The band told The FADER that "being in the ambiguous place between the end of a relationship and whatever is next. Our country being between presidents and feeling the collective anxiety while everyone waits to see what kind of place this is going to be in the next few years. Being between album cycles right now but still touring on Don't You. Everything feels very up in the air."

There are only two more weeks until the election, and in honor of the big day, Converse has released a limited-edition pair of Chuck Taylor All-Stars '70s in Peace Graphic. Why not vote in style?

"It is better to light a candle than curse the darkness." —Eleanor Roosevelt