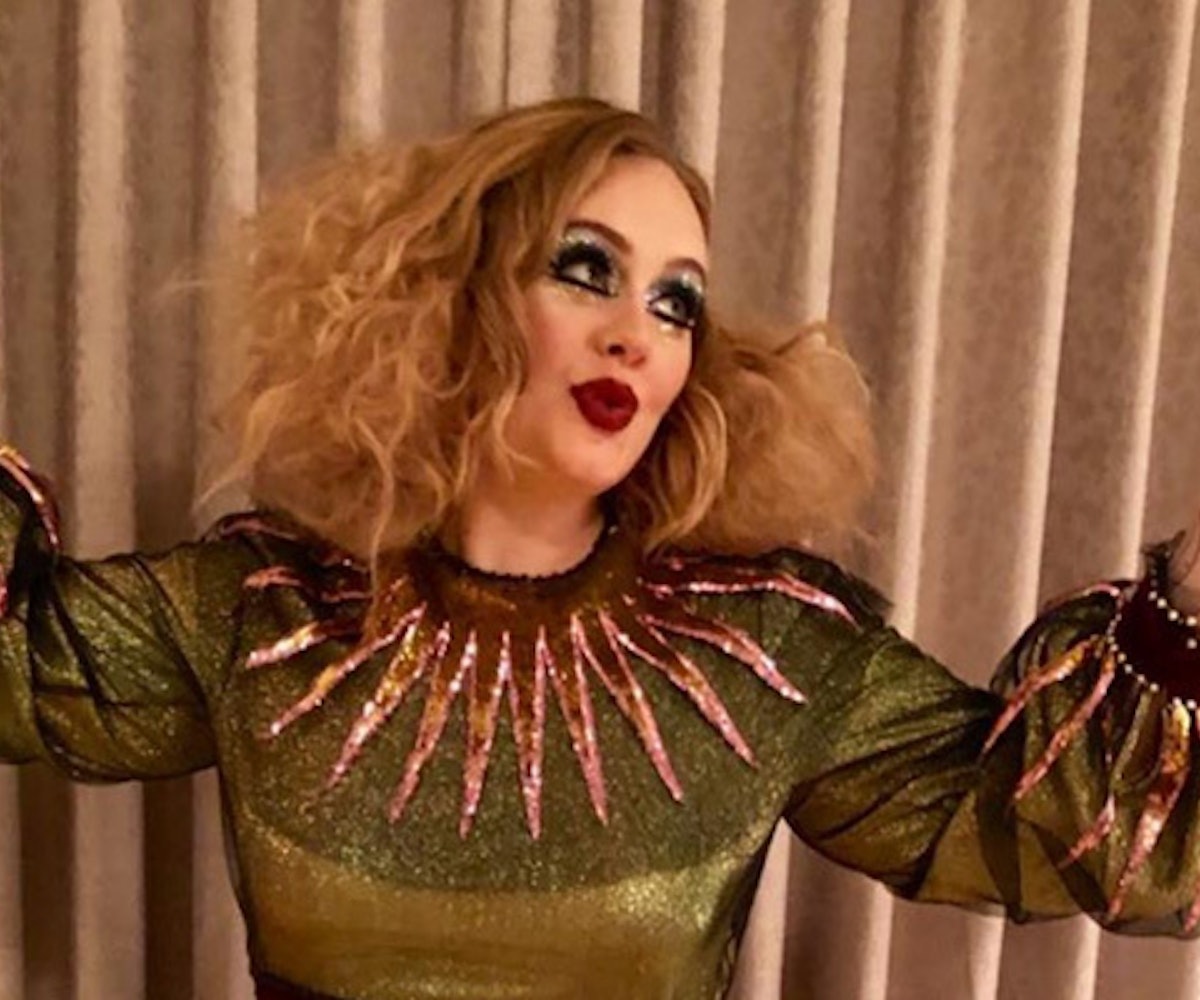 + Celebrities got into Halloween this year. Kim Kardashian dressed as three different music icons. Adele went as a very glamorous clown. Demi Lovato nailed her Selena costume. And Tomi Lahren went as whatever the hell this is:

+ Someone proposed the idea of fun-size Dole salads and that's gonna be a hard pass. Comedic graphic artist “Adam the creator" came up with the idea. “I would legit call the cops on any house that gave these out,” he wrote on Instagram. Same. Dole responded with a few gross ideas of their own, including fun-size broccoli.

+ Now that Stranger Things is back, it's the perfect time to stock up on all the show's merch. There are T-shirts, pins, even a Stranger Things-themed Ouji board. But, by far the best item is The Book of Barb. Learn the ways of the "iconic wing woman," which probably doesn't include how to shotgun a beer.

+ Some of the biggest names in TV sat on the Hollywood Foreign Press Association's TV Game Changers panel over the weekend to discuss how showrunners are making TV more diverse. The panel included Shonda Rhimes, Jill Soloway, David E. Kelley, Norman Lear, Ryan Murphy, and J.J. Abrams. "As women start to tell their own stories, it changes the world for other women," Soloway said. "I have to get women, people of color, and queer people into these jobs. It's like the gates of the boat are open. Come on, get on."

Lou & Grey is marking down its sale items an additional 30 percent right now! There's a wide selection of tops, rompers, dresses, and sweaters. There's also these very comfy looking sweatpants that I'd like to live in forever.

"If you're walking down the right path and you're willing to keep walking, eventually you'll make progress." - Barack Obama