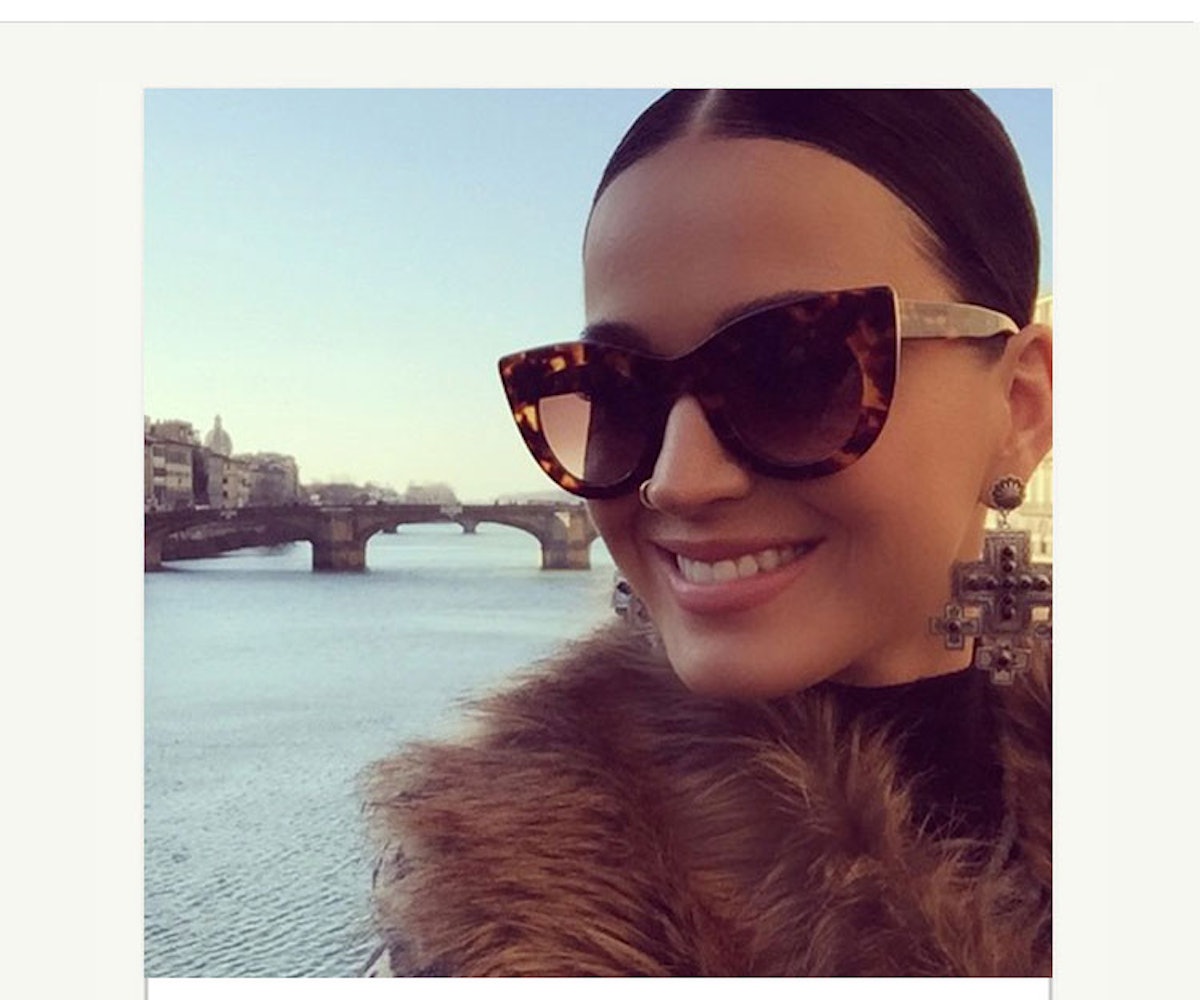 Tinder has been a great equalizer since it changed the dating scene forever last year, and that sentiment couldn't be truer when you consider that some celebrities have resorted to the app to find dates. Whether they've admitted it themselves or have been outed by other swipers, celebrities using Tinder is the ultimate "Stars, they're just like us" moment. Here are nine of them.

Bad news for people whose lives revolved around Hilary Duff being on Tinder: Hilary Duff is no longer on Tinder. After rumors swirled that Duff joined the dating app following her divorce from hockey player Mike Comrie, she recently confirmed the news to People, while simultaneously confirming her departure. "I was sitting with my friends one night at the house, and we were joking around. In my life, I have always had really serious boyfriends. I've always met people through work, and I have never been on a blind date. What's the worst that could happen?" she said. "I don't want to see a shirtless mirror selfie. I just want someone who can make you laugh in their profile. I've never dated just a 'normie!'" Our hearts go out to normies everywhere.

The former American Idol runner-up has never admitted to being on Tinder, but a bunch of Twitter testimonials—which mostly go something like this—and the fact that our friend came across him means that Clay Aiken is definitely on Tinder.

Electronic music DJ person Dillon Francis loves to flaunt his Tinder game, as evidenced by the many screengrabs of Francis interacting on Tinder, not to mention a 2014 blog post called "Dillon's Tips for Stepping Up Your Tinder Game." True story.

This is probably the last human on Earth who needs Tinder, what with the whole supermodel and starring-in-Titanic things. But, probably on account of Leo being such a notorious hound, rumors have swirled that the actor uses it under the name "Leonard." It's probably not true, but the 12-year-old girl circa 1998 inside all of us can dream, right?

Not only did Lindsay Lohan herself confirm that she was a Tinder user, but she did it in .

It's hard to imagine that someone as famous and desireable as Katy Perry uses Tinder as anything besides a gag between her and her fab friends, but she did tell a radio station last year that "I'm really deep on Tinder, so I don't have a whole lot of time." We have no idea what that means, but if you do come across the "Roar" singer on Tinder, swipe right, dummy.

The British tabloids had a collective fit when in March 2014, Allen tweeted, "Just discovered tinder. *Waves goodbye to life.*" It helped that Allen was, and still is, married.

The Modern Family actor has been the most candid about his Tinder use, talking about it in detail on The Howard Stern Show, and telling Access Hollywood's Billy Bush, "I’ve had a range of experience on Tinder, meaning not great, really fun, super fun, and then meet really nice people who are potential girlfriends.”

The same friend who came across Clay Aiken also came across the notorious gossip blogger, who goes by his real name, Mario.

NEXT UP
Beauty
Best Celeb Beauty Brand Gifts
Fashion
Kim Petras Wore An All-Denim Homage To Britney Spears At The 2022 AMAs
Entertainment
Precious Pepala Is Going From TikTok Covers To Her Own Resonant Songs
The Art Issue 2022
From Renaissance To Gemini Rights: The Stories Behind 2022's Best Album Covers