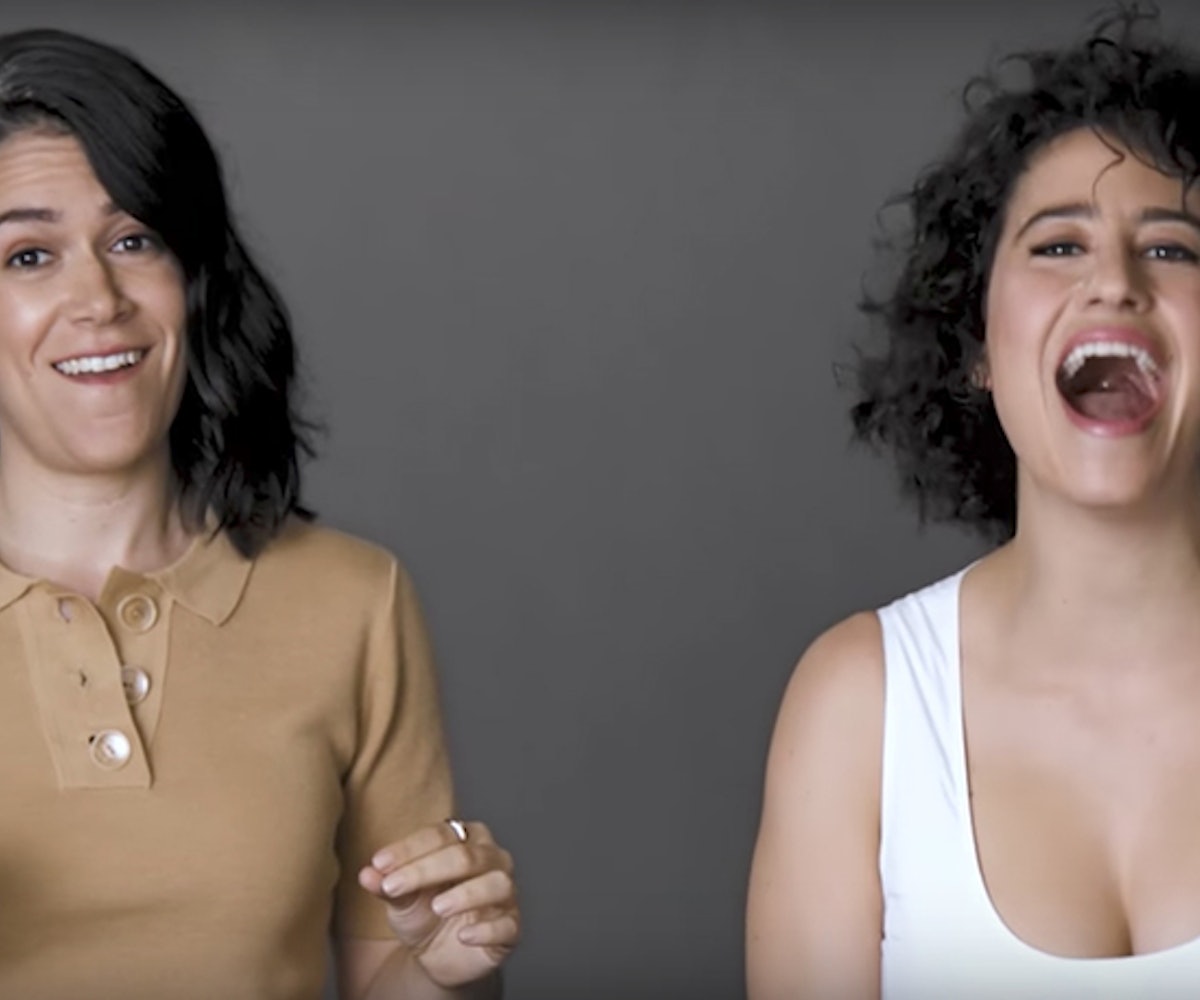 The New Yorker asked Broad City's Abbi Jacobson and Ilana Glazer to imagine their dream show, and they came up with Rough Ruff. For a nice change of pace, the reality show centers on dogs instead of people. "Real World times The Voice times Milo and Otis," Glazer says.

Rough Ruff's cast would be made up of one dog who is "rags to riches," another who is "very famous," and a third "ready to be cast by you, the audience," Glazer says. The show will focus on the trio's day-to-day. "What are they into? What are they thinking about?" Jacobson asks.

The dogs will open up a coffee shop, Glazer explains, "for dogs and humans alike." And the showrunners are pretty sure the entire series will be "a constant love triangle." Since none of the dogs have been neutered or spayed, Glazer promises "a lot of humping." This gives them an opportunity to shed light on the high rate of unwanted pregnancies at dog parks. "We get raw dog," Jacobson says.

There's also a "mid-season pussy twist," Glazer says. "Cats living in the house, girl." We genuinely would tune in to see all of this.

Other show creators were asked by The New Yorker to pitch fantasy shows. Insecure's Issa Rae pitched a "90210 or Gossip Girl for black kids." Some possible titles include Ladera Heights 90041, Windsor Hills 90043, or Potomac Maryland 20854. The main character would be Little Richie, a rich teen who's "tired of the access and the excess." And she would definitely include a character "who's always on her hoe shit," Rae said. "Just thirsty."

Watch Jacobson and Glazer's pitch below.