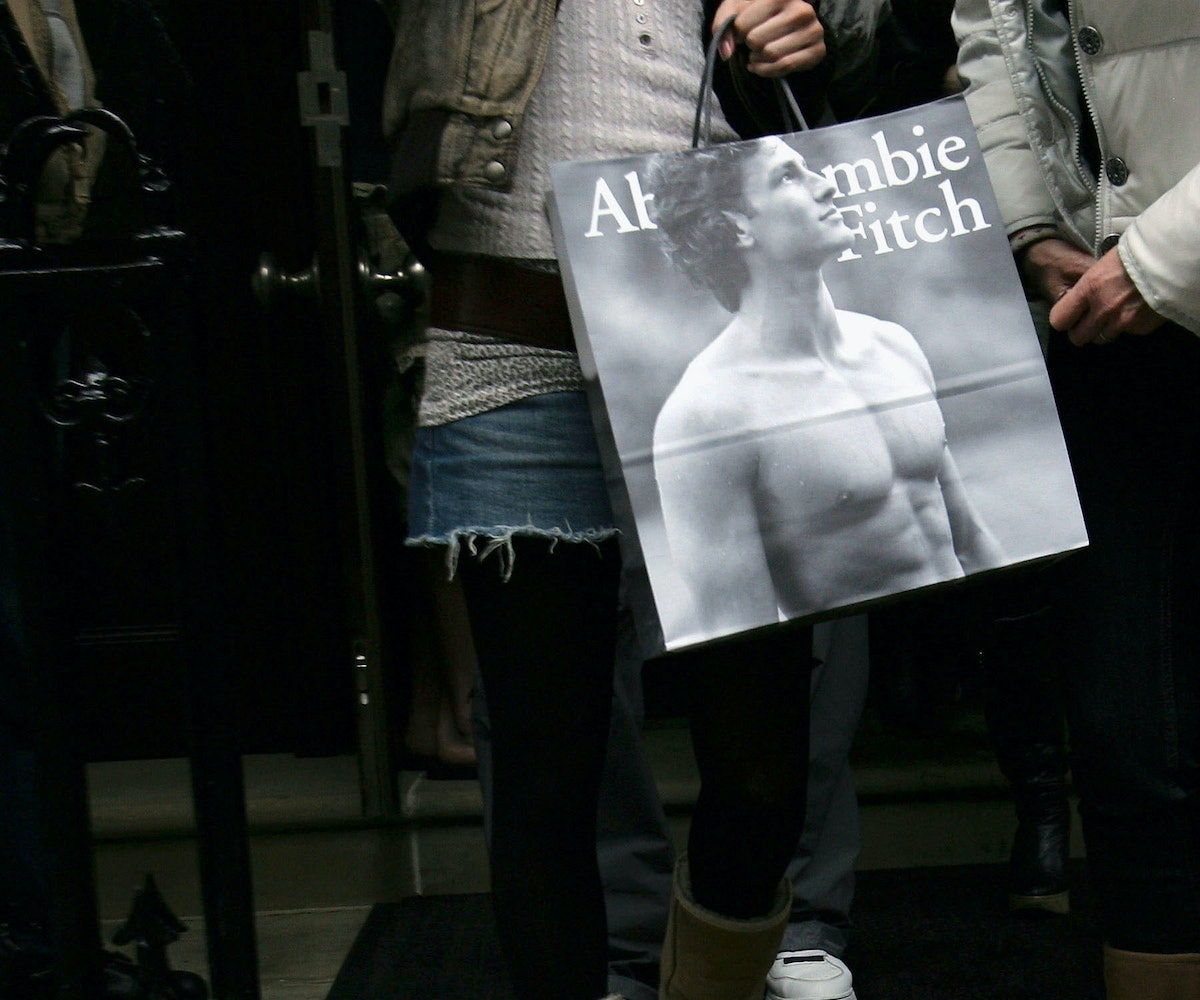 Being a teenager in the early 2000s meant being assaulted by the scientifically proven headache-inducing smells that wafted from Abercrombie & Fitch stores. And then there were those omnipresent American Eagle logos, which seemed to be stalking us with the tenacity of a raptor. Perhaps no other companies better crafted themselves into being the brands to own for young people of that era. The prices were aspirational for many (myself included), but the coolness factor outweighed the setback of a $40 t-shirt. The aggressive marketing approach of both brands worked extraordinarily well at seducing the target audience—until, that is, it didn’t.

Over the past couple of years, Abercrombie has gone through a seismic shift in its public persona, making it look little like the polo shirt brand it was a few years prior. First, it brought on a new CEO, banned the use of shirtless models in ads, redid its logo (cutting the moose loose), reduced the use of that suffocating scent in stores, slashed prices, and embraced a different color palette in its clothing (hi, black). Most importantly, it shed its "you can’t sit with us" MO and, instead, embraced one that was more welcoming. "Rather than buying clothes that symbolize membership in an exclusive group, today's consumer celebrates individuality and uniqueness," Abercrombie & Fitch’s president Fran Horowitz explained in a statement last October. "Our new brand reflects that confidence and independence of spirit as well as our own dedication to a more diverse and inclusive culture.”

American Eagle also underwent significant rebranding. It tapped Yara Shahidi, Hailee Steinfeld, and Troye Sivan to model its first global advertising campaign; the company also slashed prices, launched #AerieReal—a campaign featuring unretouched photos and plus-size models—and buckled down on its denim, long one of its stronger points. The changes weren’t as overt or as advertised as A&F’s, but they were there. “It’s always been a very positive brand, very inclusive, very friendly and nice, but didn’t have an ownable image,” American Eagle’s chief marketing officer Kyle Andrew told Business of Fashion. “What we tried to do, going into it, is to [figure out] how to take something positive and inclusive and make it really desirable and engaging and really give it a voice.” Basically, both brands realized that they need to make their clothes available for all and not just a select few—because welcome to 2017.

Well, it seems to be working. A good chunk of my 20-something friends recently admitted to shopping at both A&F and American Eagle/Aerie. When I asked them what about the brands appeal to them now, most pointed to the prices. “It’s affordable without compromising on quality,” Elton Wong tells me. Arielle Jennings likes that the clothes are more trendy and less SoCal-driven now. “Abercrombie has great promotions almost daily, and so many of their offerings are on-trend yet very affordable. I wouldn't shop there for wardrobe staples, but it's a great option if you want to partake in a trend but don't want to fully commit to the designer equivalent.”

Others appreciate the fact that the logos aren’t as front-and-center as they used to be. “I do think that wearing Abercrombie in the early ‘00s as a tween/teenager was all about being a walking billboard for the brand, hoping to channel the exceedingly cool and beautiful blonde kids in the advertisements,” Maggie Klefstad says. “You wore the moose logo with pride. I think their products today are less about the overt logo in your face and more about keeping up with trends.”

My colleague Angela Lashbrook is probably the biggest A&F cheerleader I know. She didn’t shop there as a child because it was too expensive, and she didn’t align herself with the “preppy” message the brand was pushing. But, she says, they’ve come a long way. She has a host of reasons why she likes them now: “Abercrombie has petite sizing, which is pretty rare,” she tells me. “I also love the cut on a lot of items—cropped, high-waisted, and/or oversized—and the fabrics—wool, cashmere, faux fur, leather, lace, and denim. Oh, and it's pretty cheap for what you get, especially if you get it on sale, and they have a LOT of sales.”

It’s unclear whether the brand’s changes are paying off monetarily. If we’re counting numbers, American Eagle is the clear frontrunner, though A&F’s sister brand, Hollister (which underwent a makeover of its own), is helping them stay afloat. You might’ve heard, but the clothing brands of millennials' pasts are in trouble, and they have been for some time now. Young people aren’t shopping at malls anymore, they have a more sophisticated retail palette, and they can’t really be nostalgic for stores they never grew up with. Wet Seal, Delia’s, and Aeropostale have either shuttered their stores or filed for bankruptcy in the past three years. Both A&F and American Eagle recognize that there’s room for improvement, and both are working on doing just that.

Abercrombie & Fitch revealed its first commercial in more than a decade just the other day. It comes off as more of a Hallmark advertisement than a clothing one and includes young people of different ethnicities and even a lesbian couple. It encourages consumers to “screw up, learn by doing… to find what’s next, to find yourself.” The company plans on showing it in movie theaters in 35 college towns. Why the movies? Because “it is the one time where [the consumers] put their phone down,” Horowitz told WWD.

American Eagle is focusing on its brick-and-mortar shops more and more. It opened up Drink, a concept shop in its New York City flagship store which stirs up beverages like sparkling matcha tea and kombucha. On November 10, it's opening up a new concept store in New York City’s Union Square, called AE Studio, which is described as “a creative atmosphere meant to inspire community and collaboration.” It includes a jeans gallery with a customization station, a complimentary laundry wall where full-time students can come to wash and dry their clothes for free, digital concierge iPads in the fitting rooms, and a “collaboration space” that will feature capsule collections made in tandem with new brands, emerging designers, and artists.

Are both brands pandering to millennials and generation Z? Kind of. But you have to become relevant again somehow. Of course, there are still naysayers. When I posted a Facebook status inquiring which of my friends shop at either of the brands, there were a couple of unsolicited responses that were along the lines of “no, negative” and “proudly in remission eight years going.” Jeremy Ham shares his hesitance, stating: “It seems like they are all in a mad rush to survive and throwing a bunch of ideas at a wall and seeing what sticks.” Aren't we all though? Maybe that's why these brands are suddenly so relatable again.