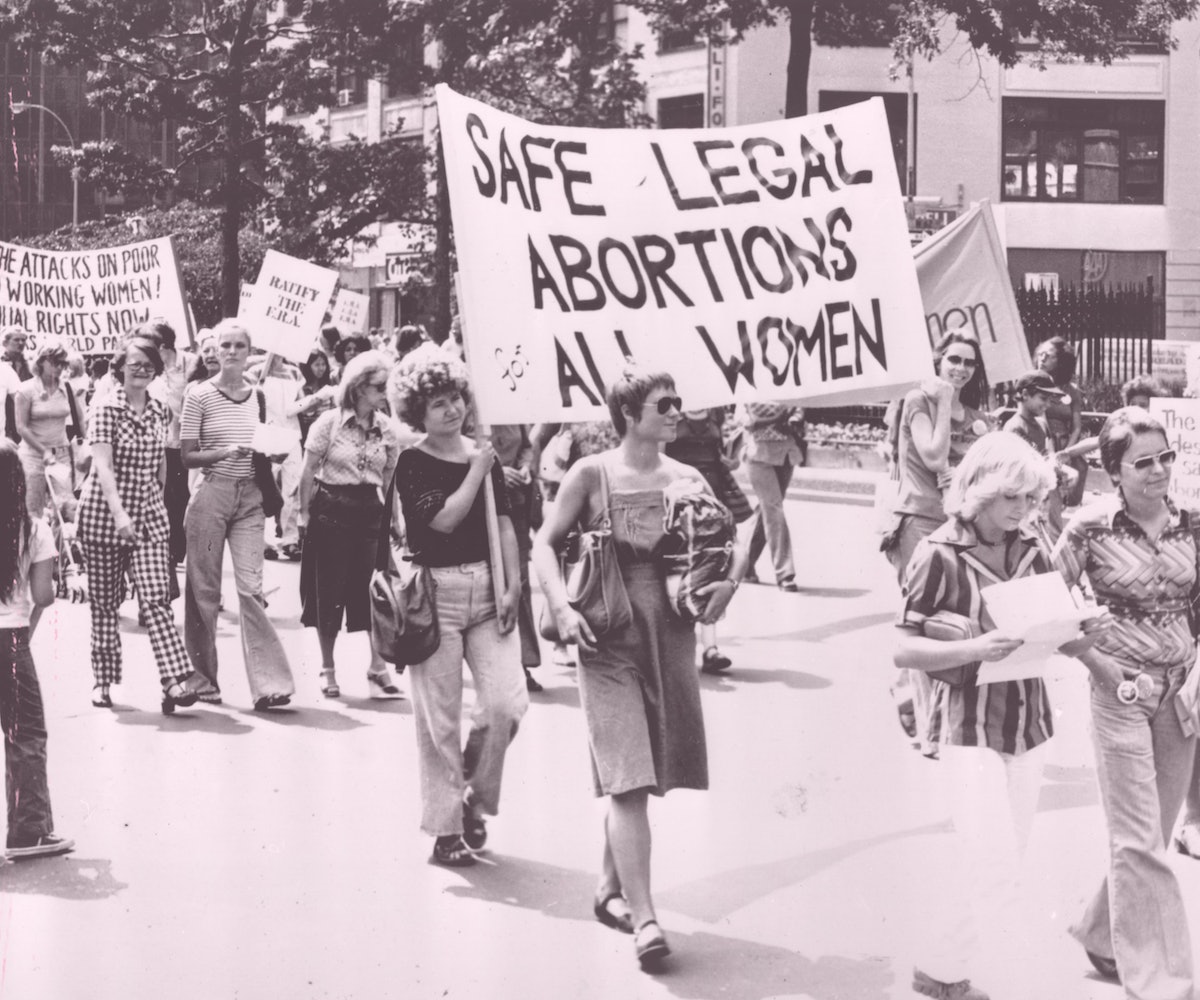 In 1973, after the iconic Roe v. Wade case, women were granted the right to obtain an abortion. After decades of protesting and fighting, we were granted the freedom to control what goes on in our own bodies. Strangely now, in 2016, that right is being slowly but surely stripped away.

Sure, we have the right to terminate a pregnancy, but there is much more than meets the eye, and a complex set of measures are slowly being put into place to prohibit us from doing so. In 1992, the Planned Parenthood v. Casey case ruled that states have the power to set abortion limitations without interference from the federal government. States have since taken advantage. So our fight is ultimately not over—if anything, it’s become closer to home than we could’ve ever imagined.

Those with personal beliefs regarding abortion, such as pro-lifers and anti-choicers, have swept themselves into our government, and have pulled our rights from underneath us. Is it not our responsibility to uphold what our elders fought so desperately for?

According to a NARAL report,  these are some examples of how states have manipulated abortion since 1995, with more and more regulations growing each year:

This is just 7 out of the 876 restrictions states have imposed. It’s almost as if our government has discovered how difficult banning abortion can be, so they have regulated it to the point of it being equivalently the same. Each day, more and more restrictions will be created, and if we don’t do something about it, one day the right to choose will slip right through our hands (as if it already hasn’t).

Even if you can bypass these horrific laws, anti-choice supporters have found other ways to prohibit you from terminating a pregnancy. You know, abortion clinics, the places where women obtain abortions? They’re slowly disappearing. According to the New York Times, in 2012 Texas had 41 abortion clinics, and now they have only 17. The average Texan is about 111 miles from access to one.

Another source says that 81 percent of surgical abortion clinics have closed since 1991, and 53 closed in 2015 alone. For low-income women, this is an easy way of blocking an abortion. How can you expect someone to drive over a hundred miles, pay for gas, an overnight stay overnight, miss days of work, and pay out of pocket for the abortion? Often, the women who cannot afford a child are going to be forced to have that child, because they simply can't afford to terminate the pregnancy. Where is the choice in that?

In an episode of Last Week Tonight, John Oliver discussed the case of a 13-year-old rape victim who had to travel four hours to reach the nearest clinic, and even then, they did not have a nurse available. The Texas clinic concluded she would have to travel an even farther journey (that would cost $5,000 dollars), and spend three days in New Mexico, which is most likely not going to happen. And so, a child is forced into a pregnancy.

Are we going to stand by when even our children, our friends, and our little sisters, across the United States, don’t have the option to get an abortion? We need unity among women more than ever—and we need it now. With young women identifying more and more with feminism, this is an issue we need to direct our anger into.

If you really think about it, it’s almost as if an older generation, of senators and governors, is forcing us back in time. Except it’s not a theory. We actually are going back in time. A study proposed that at least 100,000 women in Texas have attempted and/or performed an abortion on their own. This is due to lack of access, funds, and laws passed in states. It’s hurting us and it’s forcing us into a time machine, and we need liberation.

As one of the most powerful and compassionate generations, it’s time to fight for abortion. Our grandmothers have already legalized it, but it’s our legacy to ensure than any person in the United States who chooses to have an abortion, can have one. Women’s health care is declining, and we must stop it before it is too late.