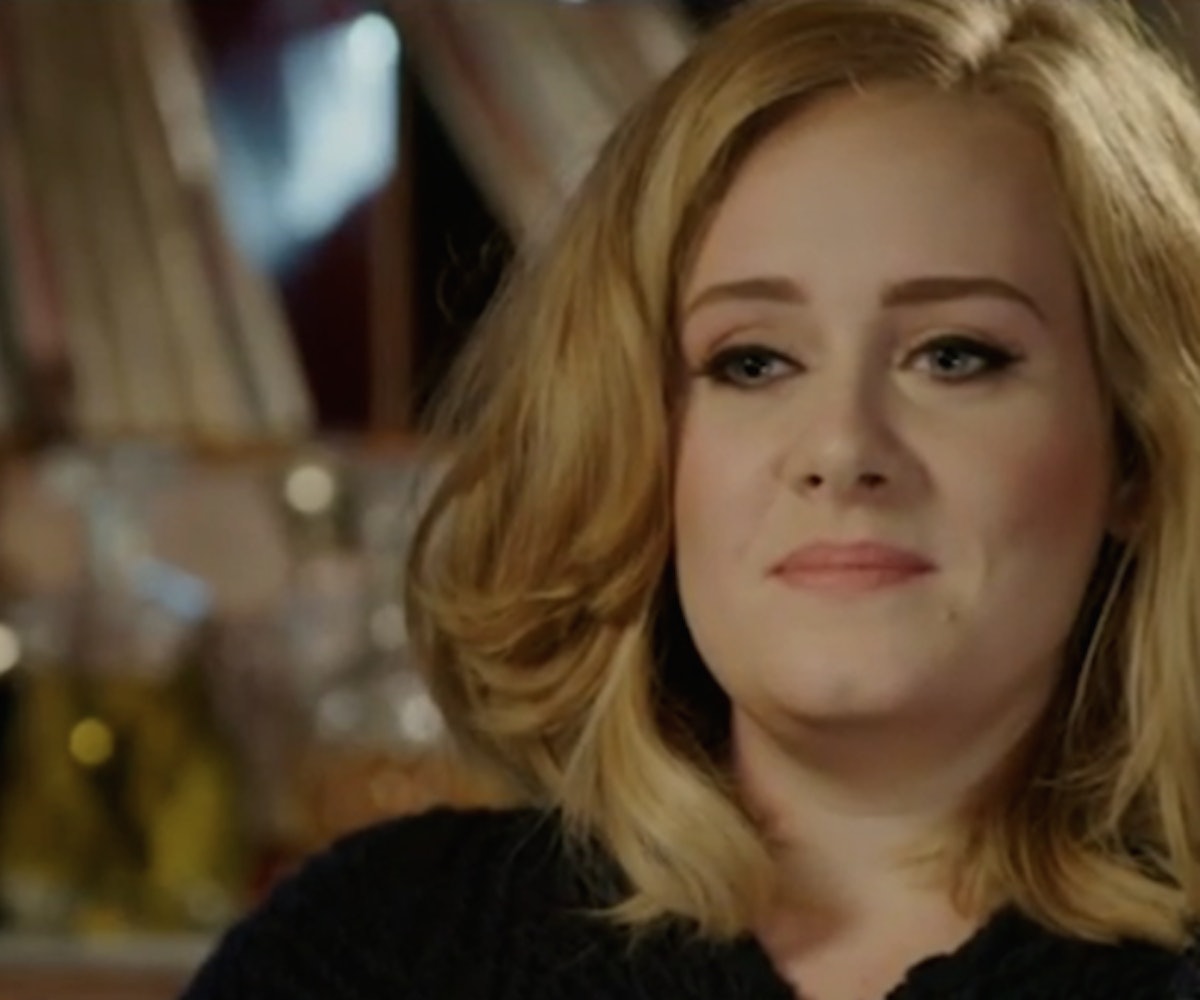 With so much happening in the world these past few weeks to make us feel that everything good is dead and happiness is a delusion, Adele has swept in to remind us not once, not twice, but three times that love is real and maybe, just maybe, this world is worth fighting for.

The latter comes from her interview on 60 Minutes (premiering tonight), in which the fiercely private singer opens up about how her longtime boyfriend, Simon Konecki, helps inspire her to keep going. After the huge success of her previous album 21 and the impact of becoming a mother, Adele lost confidence in herself and her abilities and hid from the spotlight. She notes that she was even too scared to share her new album, 25, with her friends and family from fear of disappointing them, but she was thrilled to get her love’s backing—calling it “the real test”.

She says: “Being in such an amazing relationship with someone that is so there for me, and so loyal, and is really part of my core now, that’s what made me so alright about everything I’ve ever done. Because I’ve got his love.” She then goes on to gush, saying, ‘I know that sounds a bit like I’m trying to write a Hollywood movie but it’s only because of him and our kids and stuff that I’m all right.”

With the warmth of a thousand kittens, Adele again saves us from despair.