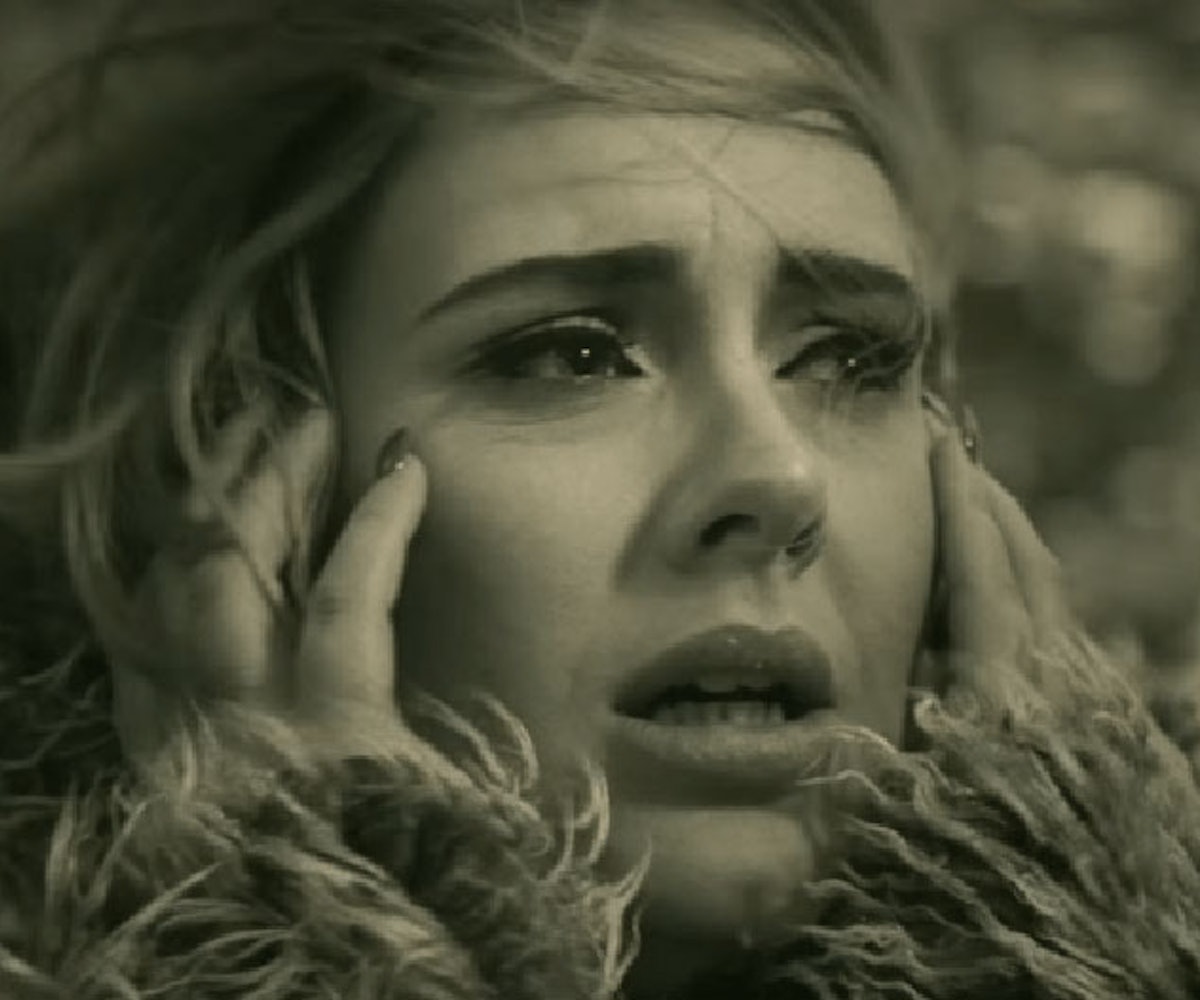 Over the last 24 hours, it’s the question the world has been pondering: Why is Adele using a flip phone in her video for “Hello”? We mean, it’s not like the woman can’t afford an iPhone 6s and, last we checked, were not in 2003. It’s a conundrum that’s lit up social media, spawned at least one Twitter account, and led to some fairly wild speculation.

Now, the director of “Hello” has explained the appearance of the anachronistic technology. In an interview with the Los Angeles Times, the talented, young Xavier Dolan said, “I never like filming modern phones or cars. They're so implanted in our lives that when you see them in movies you're reminded you're in reality.” He continued, “If you see an iPhone or a Toyota in a movie, they're anti-narrative, they take you out of the story. If I put an iPhone or a modern car in a movie it feels like I'm making a commercial.”

It’s a good point…in theory. “Hello” has a timeless quality about it and the appearance of a white, bright screen might indeed punctuate the daguerreotype visuals. As well, peaking into what’s on that screen would take the viewer out of the world he’s creating. It's easy to guess that the same would go for the even more ancient landline phone she uses throughout the video.

That said, this strategy doesn’t appear to have paid off that well, seeing as how the flip phone has given viewers pause.

Welp, whatever, Dolan was already over the whole thing 12 hours into the issue. “It drives me crazy,” he told the LA Times, “I could see the GIFs on Twitter. I'm like, ‘guys, get over it. It doesn't matter.’” And dammit; he’s right! Now would someone be so kind as to go out there and mashup “Hello” and “Hotline Bling”? Really, that’s all we want right now.

(Via The Los Angeles Times)