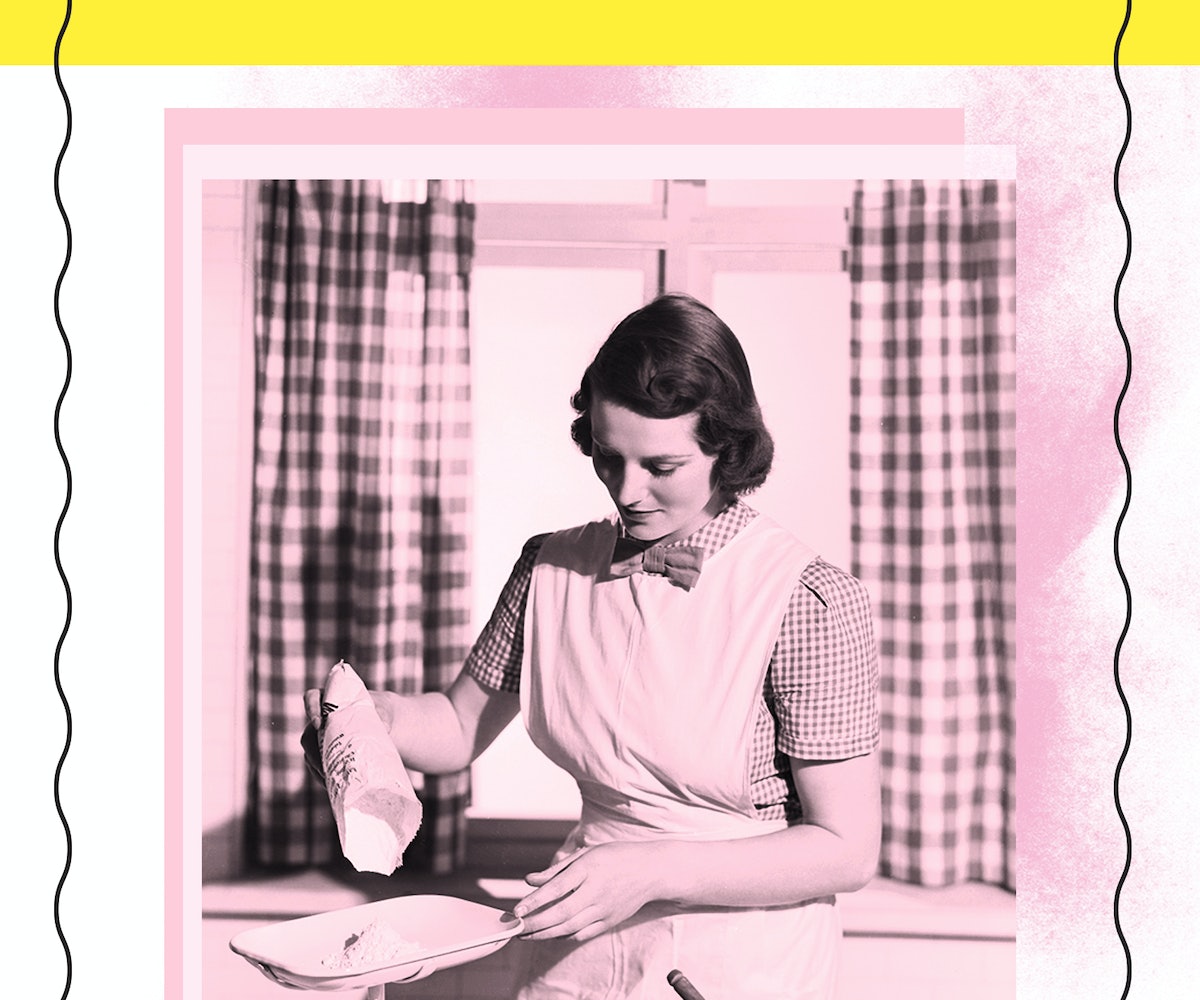 Ramen. Frozen pizza. Liquid diets. These are the hallmarks of eating as a young adult, making the kitchen, a place where cooking happens, one of the least important rooms in the house. But as you become a real adult, and your routine includes fewer last calls at the bar and more Netflix and chilling, the kitchen becomes more central. Think of it as a lab, but because the test subject is your own body, you definitely want to have the best equipment and the most high-quality materials available to you for cooking. With that in mind, here are nine simple steps to help make your kitchen reflect your age.

Cooking can be a messy endeavor, which means kitchens are very prone to mess. And we're not talking about a clothes-all-over-the-floor type of mess. Since you're working with organic materials, it's the kind of mess that can lead to vile odors and other indignities. The cleaner you keep your kitchen the more time you'll want to spend in it. And you can make cleaning fun and eco-conscious with this multi-surface spray from the Honest Company.

Having mismatched plates and cups is so junior year. You should make the investment and buy a set that matches. It will be good for the psyche and come in especially handy when you're having a dinner party, which is something adults do. If you're looking for something beyond this classic but casual (and relatively inexpensive) Williams-Sonoma Open Kitchen Dinnerware Collection, then head over to Anthropologie, which has a pretty stunning collection of dinnerware sets featuring colorful and unexpected designs. And, hey, there's no shame in Ikea either. They've got some nice stuff too.

Ditto for a knife set or at least get one great knife.

To most serious chefs, their knives are sacred, so a great set of blades is the foundation for any serious kitchen. However, if you're not willing to splurge on an entire set, make sure you have at least one reliable cutting tool. "I actually don't think you need a whole knife set for a kitchen," says Noah Bernamoff, the owner of New York's Mile End Delicatessen and Black Seed Bagels. "You only need a great chef's knife and a petty knife. In fact, the third tool should be a sharpening steel, which is actually about straightening the edge and a water stone, which is the actual thing that will sharpen the knife's edge."

So what makes a great knife? "Quality knives fall into two separate groups: Japanese and German," says Bernamoff. He adds:

The latter tends to be heavier and tougher, the former lighter and more agile, but also more delicate and requiring more maintenance. For Japanese knives, I recommend Global on the entry level and Shun at the midrange. On the German side, [J.A.] Henckels is still king. Big and brash, they hold up great under pressure and last a lifetime. At the entry level, I do find that Victorinox makes a great, value-oriented product. The plastic-handled Victorinox are our standard house kitchen knives at the restaurants. Ultimately, the best knives are the ones that are best cared for, meaning cleaned and dried after use, honed on a steel before every use, and sharpened on a water stone regularly.

Don't leave dishes in the sink.

When I was in college, we used to let our dirty dishes pile so high that we'd take photos of our own sink just to document the absurdity of it all. And the more dishes we left unwashed, the more daunting the idea of washing them became. It was a vicious cycle. Do your dishes following every meal. It's a small gesture that makes a huge difference.

That's right, in the kitchen. And fill it with cookbooks like this one and this one. They will inspire you to leave your comfort zone, experiment, and surprise yourself. The dishes you create are just a bonus to the sense of accomplishment you'll feel. "I highly recommend the Cook's Illustrated series of cookbooks," says Bernamoff. "They have painstakingly tested the recipes and really thought through the process on numerous levels. Their recipes always work well, are easy to follow, and provide the groundwork for the building blocks of American cooking."

"I'm a big fan of Francis Mallman's cookbooks as they address a style of cooking that is equal parts completely familiar and completely unfamiliar to the American public—cooking with fire," Bernamoff adds.

Spice (and salt) up your life.

Whenever a chef refers to their "secret ingredient," it's usually a combination of spices. They're crucial in adding complexity, nuance, and flavor to your meals, so invest in a spice rack and keep it full with a variety of spices from around the world. Your taste buds will thank you.

But if you don't have the urge to experiment with different flavor combinations, Bernamoff has an alternative."I can't say enough about using good salt," he says. "Every other spice is secondary to salt, which is the most important ingredient in anyone's pantry. You should have a high-quality kosher salt for brining, marinating, and cooking, and then a crunchy flake-style salt or fleur de sel for seasoning ready-to-eat foods. I recommend Jacobsen salt from Oregon and Maldon salt from England."

Instead of dropping $10 on a bottle of cold-pressed green juice at a store, make the investment in a quality juicer that we swear will change your life. Ultimately, you'll save money, but the health benefits will far outweigh the financial ones. Juicero is the advanced juicing system that's gotten tons of press for its quirky functions and gimmicky setup (it only works on wi-fi). It costs $700 but is incredibly efficient. For something more classic (and time-consuming), there is Norwalk, which is the best juicer on the market according to Mark Kupfert, co-founder of the Canadian fast-casual health food chain, Kupfert and Kim.

But Kupfert prefers to use a Vitamix blender over a traditional juicer. "It has something like two horsepower which enables it to destroy everything in its midst," Kupfert says. "You can blend anything, and achieve lovely velvety textures. It's good for smoothies, sauces, even soups!"

One of the defining characteristics of my kitchen throughout college (and sometimes beyond) was a refrigerator devoid of anything but stray condiments, eggs, and other random foodstuffs. Opening it was never not depressing. So keep your fridge as full as you can, with produce and sauces and cheese and beverages and anything else that belongs. It will encourage you to cook more, and it will help you feel like a grown-up, which is what you are now.

The real beauty of cooking is its simplicity. Elaborate meals have their place, but it's possible to create transcendent dishes with the sparest of tools and ingredients. Therefore, don't overdo it. "In addition to a sharp chef's knife and good salt, the basic kitchen should have a medium-sized cast-iron pan and a heavy-duty tablespoon for handling foods and sauces," says Bernamoff. "I can't think of a lot of foods that couldn't be prepared with just those tools. Otherwise, a food processor never hurt anyone."

NEXT UP
Culture
Gucci’s Alessandro Michele Era Is Officially Over
Culture
Not One, But Two BTS Documentaries Are Coming
Fashion
Reformation & Canada Goose Team Up To Warm You Up
Fashion
Jimmy Choo’s Collab With Timberland Gives The Classic Boot A Glam Makeover