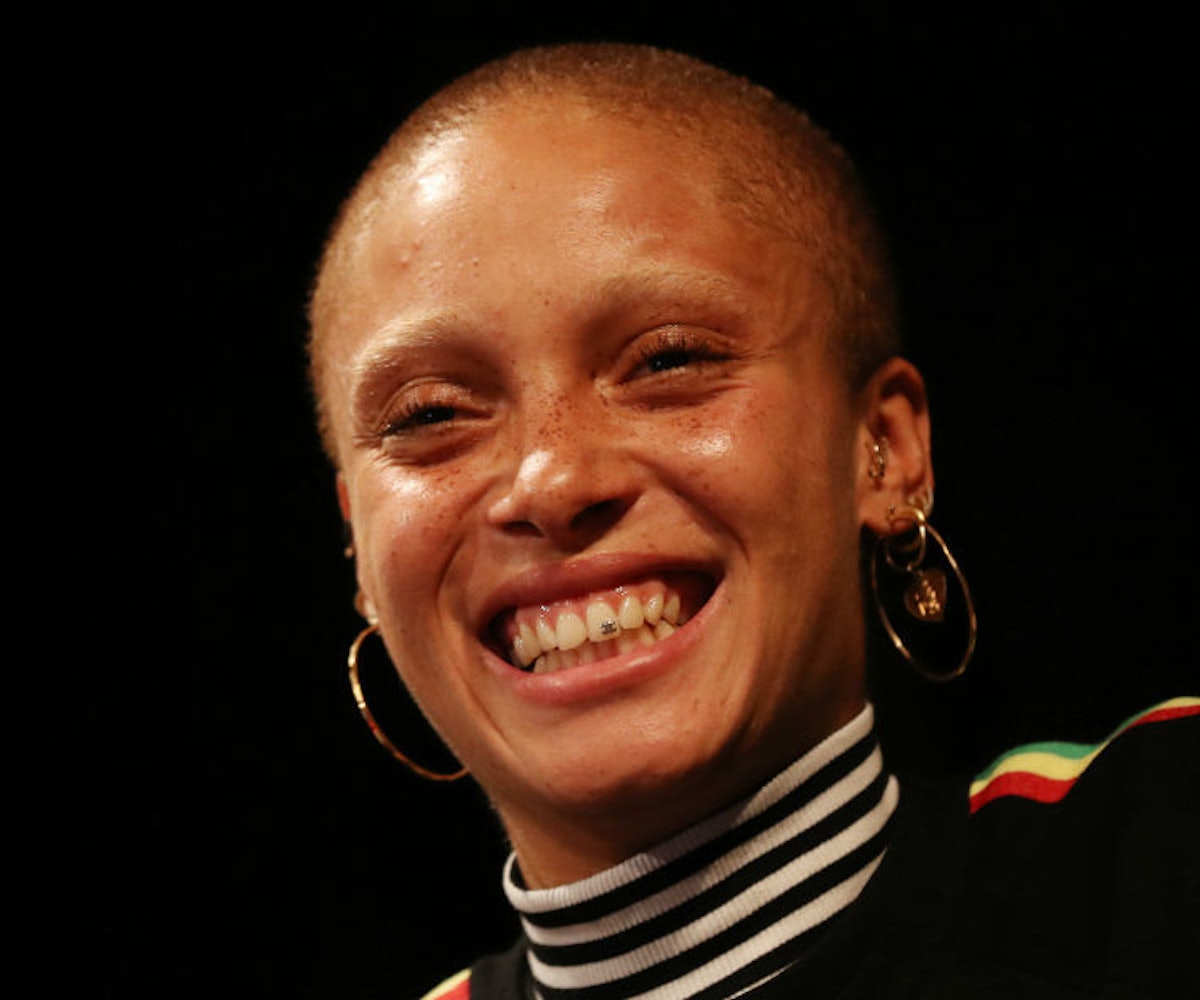 Last night, Kim Kardashian was presented with the Influencer Award at the CFDA Fashion Awards (the Oscars for the fashion industry). She’s the first-ever to receive the honor, but some were confused as to what or who she’s influencing—at least, when it comes to fashion—model Adwoa Aboah included.

After the awards, fellow model Winnie Harlow posted an Instagram picture of herself and the reality star with a lengthy caption congratulating her. “If anyone understands not initially being accepted in an industry you adore like I do, it’s you!” she wrote. “Keep inspiring women around the world to be themselves unapologetically.” Not long after, Aboah expressed her discontent with the post, writing, “Is this a joke babe…In what world has she inspired women to be themselves? She is no icon nor an influencer and I find it completely crazy that anyone would think she was.” As Kanye might say: Yikes.

Harlow responded in defense of her post and Kardashian. “We’ve all been up against all kinds in these industries,” she writes. “I may not agree with everything anyone does but I show love where I feel its due…and a woman being herself against everything is admirable.” She concludes that she’s done "dumb things," too, but learned from the mistakes. “There are negatives to everything but… she’s a great human being.”

A couple of hours later, Kardashian herself expressed her gratitude for the post, ignoring the back-and-forth happening above her in the comments. “This is the sweetest message!” she wrote. “I appreciate it so much! And you have helped me ißn more ways than you know. Love you!”