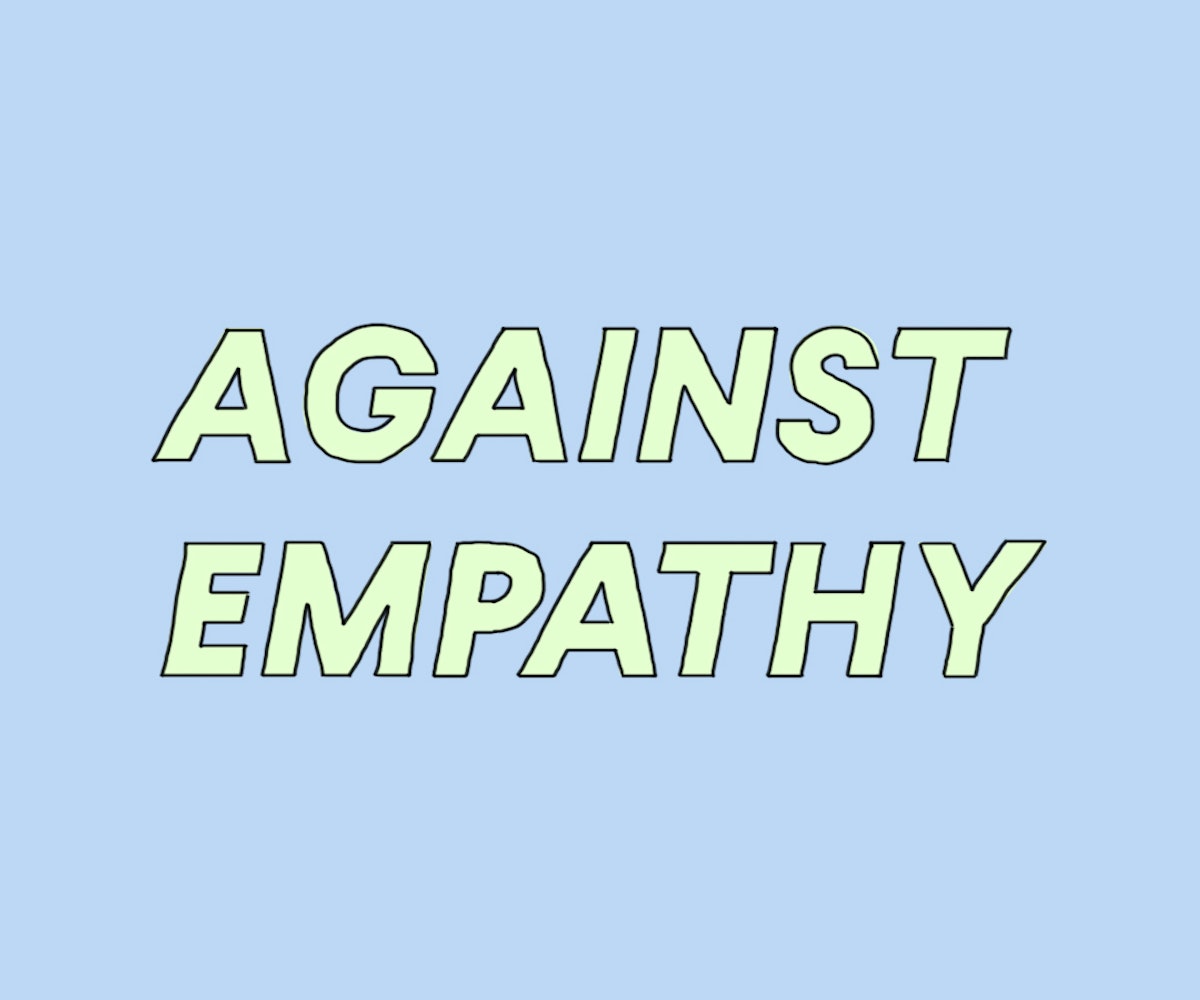 In the days and weeks following Donald Trump's Electoral College win, awarding him the office of President of the United States, there have been countless calls for the majority of Americans—who voted for Hillary Clinton by a margin of close to three million—to have empathy for Trump voters in an effort to understand better their way of thinking. This call for empathy has taken many forms: J.D. Vance's book Hillbilly Elegy became a best seller, thanks in no small part to the fact that it sympathetically captures the plight of poverty-stricken white Americans; "mainstream media" went on the hunt for pro-Trump columnists, so devoid were even traditionally conservative news outlets of these types of thinkers; and article after article was published about the need to stop "shaming" Trump supporters, allow Trump voters to speak for themselves about their voting decision, and try to think positively about how Trump's election will have an impact on poor white voters. Seemingly overnight, white middle and upper-middle class Americans became the most persecuted group in our society, deserving of a concerted effort to make them—the electoral winners—feel understood by the millions of Americans who were reeling from the defeat, not just of their presidential candidate, but of all the democratic ideals they held dear.

In the months that have followed that fateful election, the calls for empathy have not ceased, though they have been answered by people like Kara Brown, who wrote in Jezebel that "love is not the answer" and reminded people that extending unconditional empathy "suggests blindness, endless patience and a great deal of emotional labor on the part of people who are already exhausted. It puts the onus on us to prove we are worthy of compassion and justice." Perhaps if Trump lost or if systemic racism and sexism and homophobia had been completely eradicated from this nation, then there would be a need to empathize with the downtrodden Trump voters, but since that is not the case, those who must preserve their energy in order to combat Trump and the Republican party's frightening platform probably ought to focus on things other than putting themselves in the shoes of Trump voters.

And yet the mandate to empathize with Trump voters still exists. In a panel hosted by Oprah Winfrey and featuring director Ava DuVernay and CNN anchor Van Jones, centered around the release of DuVernay's new mass incarceration documentary 13th, the topic came up when Winfrey asked the two what they expected from the next four years. As reported by Deadline, Jones, who has spoken before about his desire to defeat hate with love, "made an impassioned plea for conciliation with Trump voters. Many, he said, were 'better' than Trump; he suggested outreach to white voters in the middle west who felt forgotten by liberals and conservatives alike." But DuVernay was having none of that. The director said she was "challenged by the idea that we are not holding people accountable for their votes," and made clear that racism and sexism are "distractions," with which she didn't have time to try to empathize. Rather, DuVernay said, "What they will hear is what I do: How I move forward, the art that I make, the energy that I put out into the world.”

While it is nice to think that love is the answer when combatting hate, the truth is that hateful and hate-filled people rarely respond to passivity. Loving somebody is too amorphous a concept to have any concrete results. Jones even admitted, "I don’t think I need to love the Trump voters to make them better. I think I need to love them to keep him from making them worse.” And yet there is no evidence that this will be the end result of meeting destruction and hatred with love and empathy. Rather there is only evidence that Trump and his fellow Republicans will try to dismantle the good work that has been done over the last eight years (and, in many cases, much longer), all in an effort to assert dominance and their own agenda.

Beyond that, though, the problem with asking Trump resisters to have empathy for Trump voters is not only that there is no typical "Trump voter" for whom we should have empathy (like, I don't think anyone is asking us to empathize with billionaire Peter Thiel in the same way they'd like us to empathize with struggling factory workers in the Rust Belt), but also because political liberals are already inherently empathetic toward Trump voters. We're already empathetic because we have been the ones supporting easier access to health care, a comprehensive social safety net, stronger public schools, drug law reform, and cleaner water—the very issues that most affect the specific subset of Trump voters with whom we're supposed to empathize. The issue isn't and has never been a liberal lack of empathy. Instead, it's a conservative supremacy of the self, wherein the only thing that matters is preserving a status quo which has never even existed for many of them, and certainly won't return thanks to a president who internationally outsources his own companies' factory work anyway. So rather than waste time empathizing with Trump supporters who didn't care enough about empathizing with themselves to preserve their own health benefits, emulate DuVernay and put your energy into moving forward with purpose and clarity in this world, helping those who need it and serving a greater good.