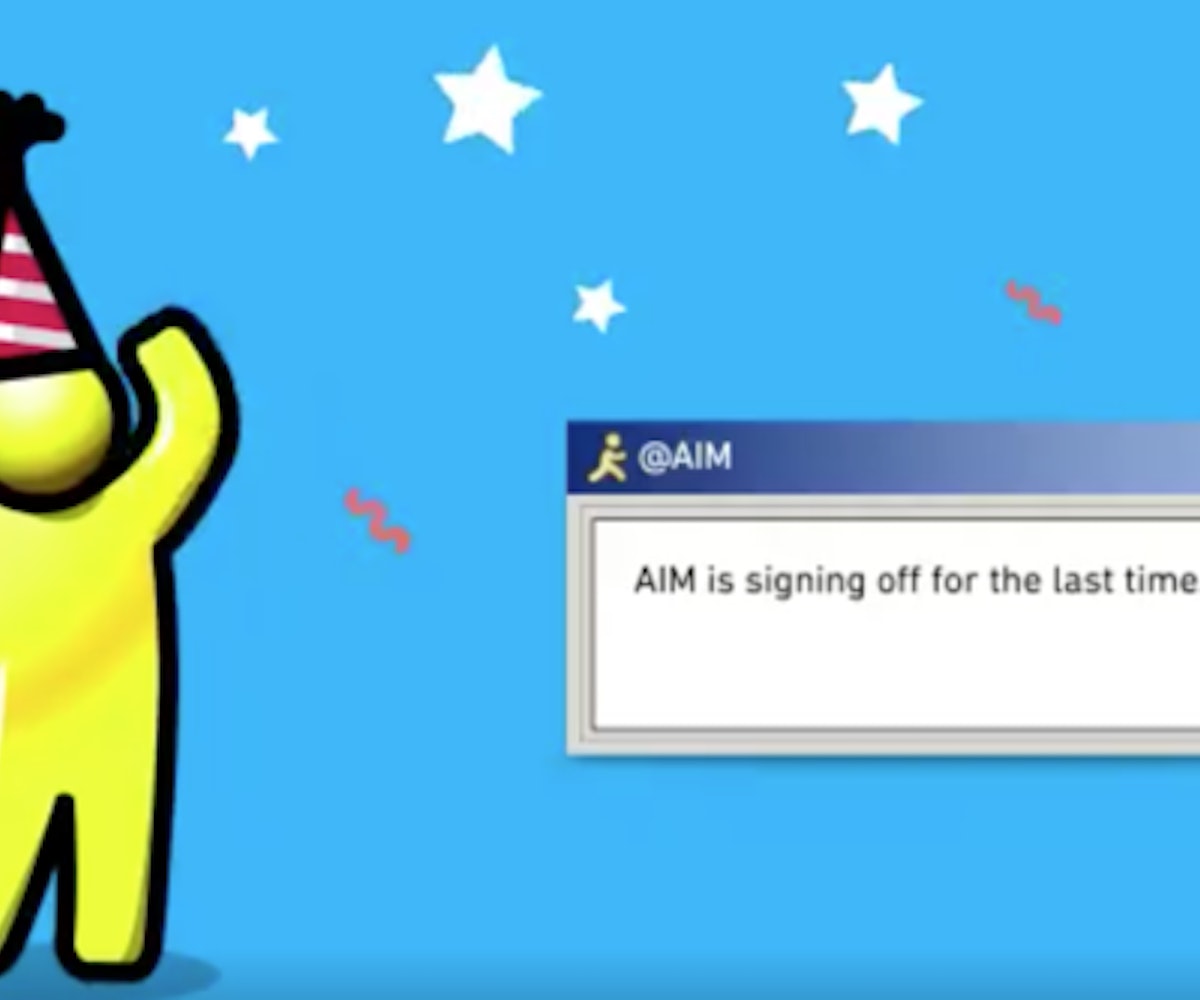 Millennials can say goodbye to another chunk of their childhood. AIM (that’s AOL Instant Messenger for the Generation Z) announced today that, as of December 15, the messaging system will be no more. Never mind the fact that no one was using it anymore and half of us didn’t even know it was still around—we’re wistful anyway!

AIM was the Gchat of today. It was our first introduction to the wild, super-invasive world of the internet, and let us remain connected to friends we saw mere hours ago. It was also mostly embarrassing looking back. One of the most cringe-worthy aspects was probably (definitely) the screen names people made up. For example, mine was rubberduckie1284. Why rubberduckie? Couldn’t tell you. Why those random jumble of numbers? Because my birthday was taken by some imposter and those were the only ones available.

If AIM was the powerhouse now that it was back then, I can’t help but think we could all have done better in the screen name department. Forget BabyG3rl87, the creations of today would look more like this: HiFelicia95, DamnGina97, Shooketh479, Lemonadedeservedalbumoftheyear, StayWoke666, JusticeForHarambe, Fleeky123, Litty456, DismantleThePatriarchy. You know, true millennial masterpieces. As for the away messages, they’d basically be what everyone’s Facebook statuses are already, political jargon mixed in with some Drake and/or SZA lyrics.