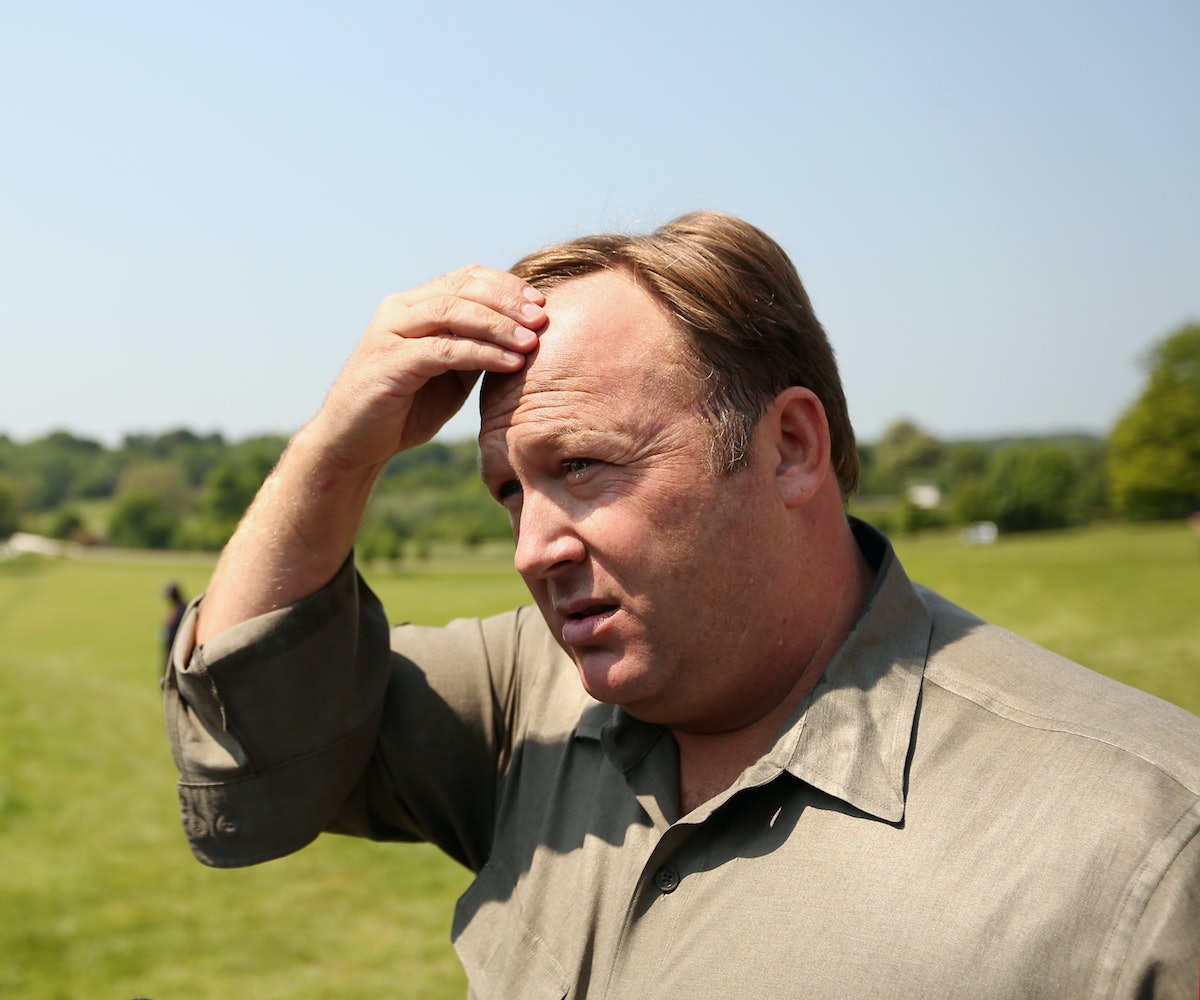 Right-wing conspiracy theorist and fear-mongering propagandist Alex Jones is finally getting what he deserves. After being allowed multiple platforms to spew hateful theories like the one about the Sandy Hook shooting being staged, as well as just flat-out ridiculous claims like that chemicals in water are turning frogs gay, major media platforms are finally taking measures to restrict his channels. These platforms include Facebook, Apple, Spotify, Pinterest, and YouTube. We can’t say we feel bad for him.

Alex Jones and Infowars, his website, have repeatedly violated hate speech guidelines on these platforms, which is what has led them to remove some or all of his shows and podcasts from their sites. Apple took all episodes of five of six podcasts published by Infowars off of iTunes and its Podcast app.

Facebook has also restricted Jones’ access to his own pages: the Alex Jones Channel Page, the Alex Jones Page, the InfoWars Page, and the Infowars Nightly News Page. He will not be able to publish on them for 30 days. The pages themselves are in a liminal stage—they are “unpublished” which means they are inaccessible for the time being.

YouTube has done the most, and actually took down Jones’ page. A spokesperson for the platform said in a statement that “when users violate… policies repeatedly, like our policies against hate speech and harassment or our terms prohibiting circumvention of our enforcement measures, we terminate their accounts.”

Although it’s arguably too late to be taking action against Jones, who has been spouting conspiracy theories for years, at least it’s happening. Now if only Twitter would do something about a certain president.