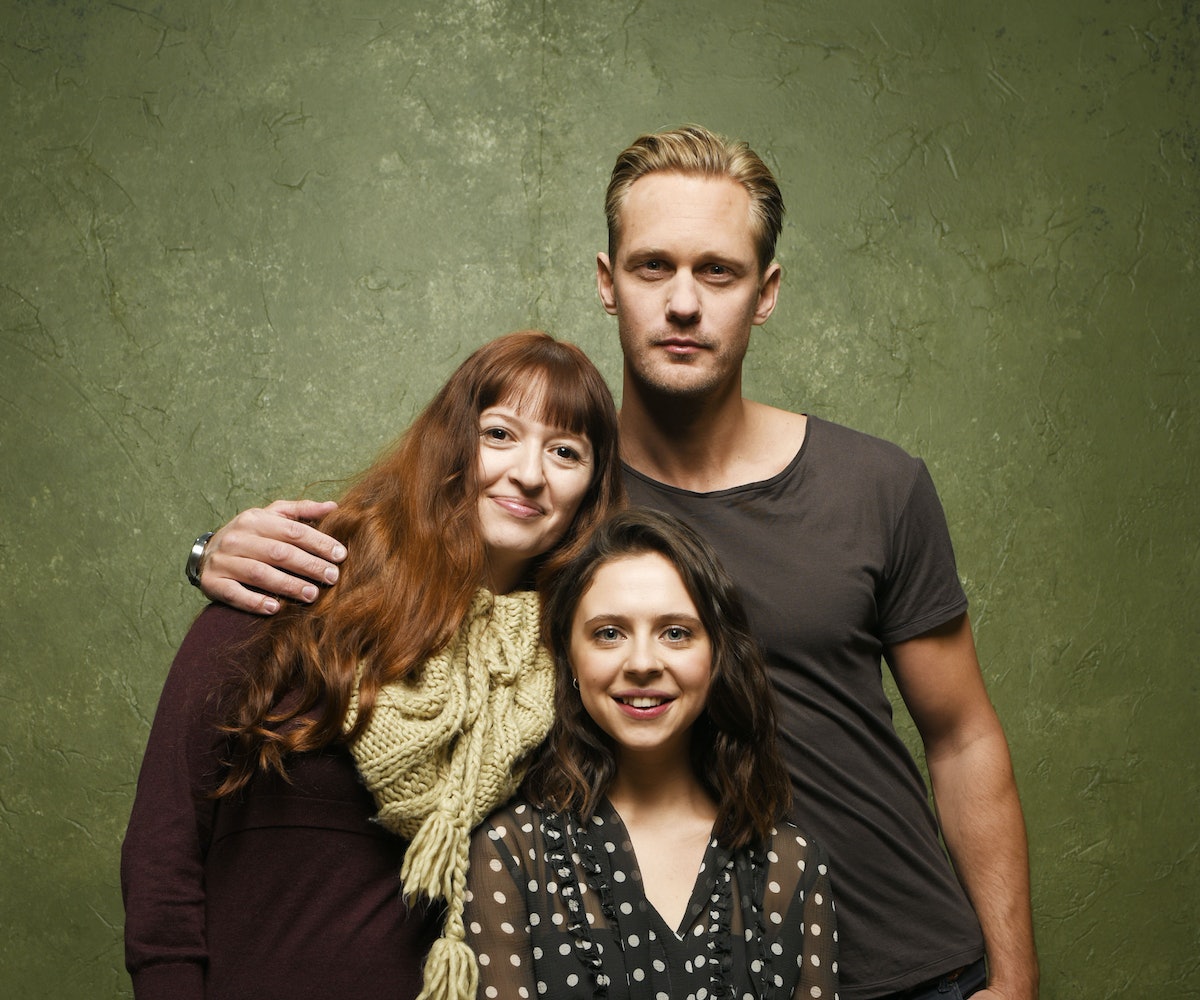 For reasons we hope never become clear, last night, Alexander Skarsgard showed up to his latest movie premiere in full drag. His Sundance hit, The Diary of a Teenage Girl, was having its debut at Castro Theater in San Francisco, and Skarsgard, who was flanked by his co-star Bel Powley and his director Marielle Heller, went full '70s glam. His look, which was a cross between Charlie's Angels-era Farah Fawcett and Scarface-era Michelle Pfeiffer, is all the more awesome because we can't exactly tell why he did it. E! News has speculated that it may be a tribute to his costar in the film, Joshua Grannell, who plays a transvestite in the film and also performs drag as Peaches Christ. You can see Skarsgard in drag HERE.

In The Diary of a Teenage Girl, which we cannot recommend enough, Skarsgard plays a man who in the film's eary scenes, gets seduced by his girlfriend's (played by Kristen Wiig) 15-year-old daughter (Powley). When we caught up with him at Sundance, Skarsgard asked us, "Why has this not been done before? Why have I seen 25 coming-of-age stories about boys that are addressing their sexuality and being honest about what they are going through, that I can connect to, but I’ve never seen this with a girl as a protagonist. With a girl, it is always so polished. It’s always so ‘cute,’ in the most Christian way—you don’t think about sex, you think about marriage.”

The movie opens in select theaters this weekend.