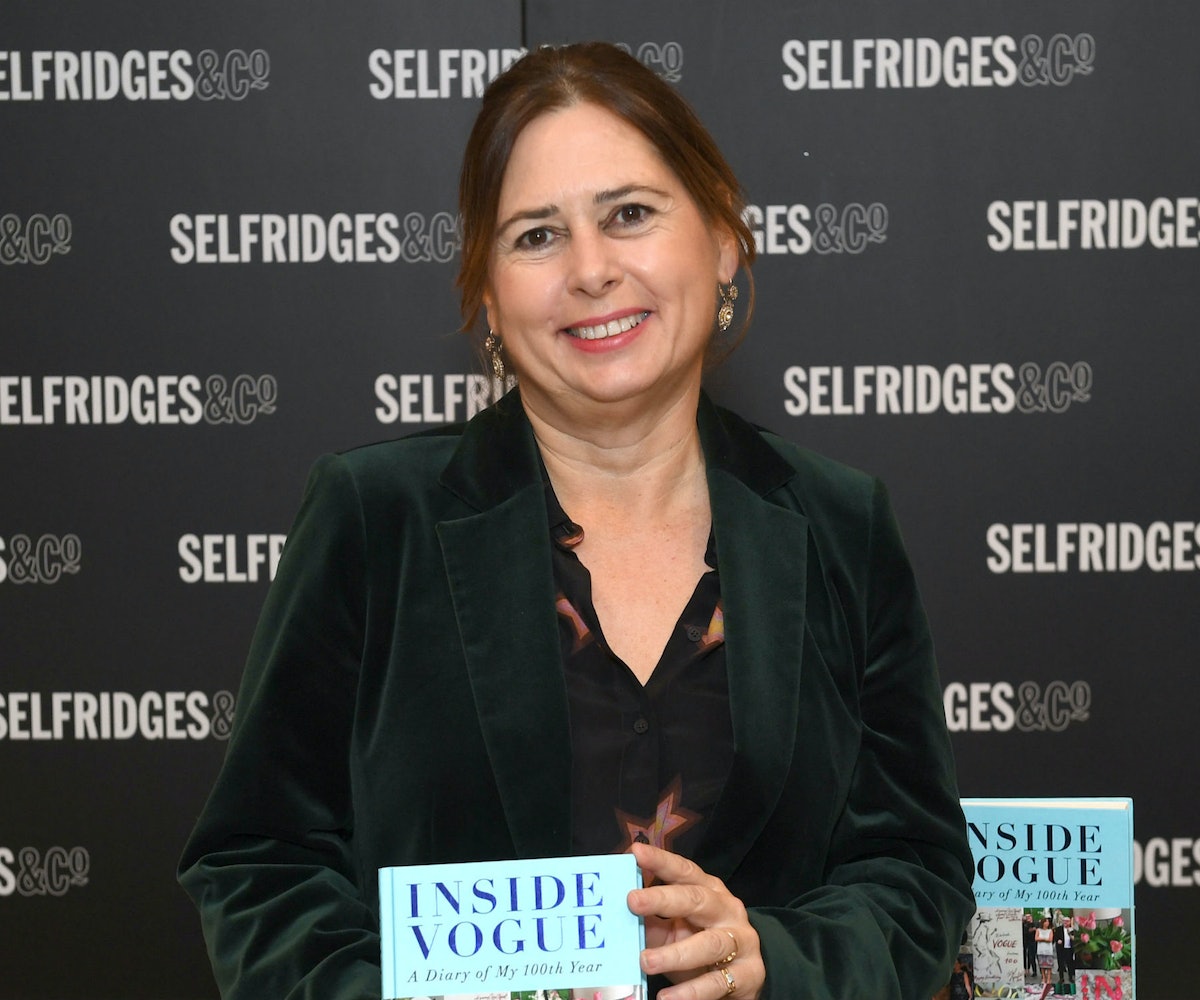 Back in August, model Naomi Campbell posted a picture to Instagram that showed British Vogue’s all-white editorial staff. She captioned the image: “This is the staff photo of @britishvogue under the previous editor #AlexandraSchulman. Looking forward to an inclusive and diverse staff now that @edward_enninful is the editor.”

The picture featured was from Shulman’s final issue as editor-in-chief; she chose to step down in June after 25 years. The response to the image wasn’t great, obviously. Had she known people were going to react the way they did (with disappointment, anger, and frustration), she tells The Guardian in an interview recently, she wouldn’t have published it. “Over the years there have been people of all kinds of ethnicities in the magazine,” she further explains. “On that particular day there was nobody there and, you know, it’s frustrating.” Not more frustrating than the fact, had she or hadn’t she published that image, that the magazine under her reign had a diversity problem. But Shulman doesn’t see it that way, as she makes clear through the entirety of the article.

She tells the publication that she doesn’t encourage “positive discrimination,” going on to explain:

It just so happens that a majority of those “people” happen to be white. When Campbell’s critiques are brought up, Shulman says they upset her. She didn’t appreciate her comments especially given, according to her, the model has “had more covers than any other model, other than Kate Moss, during the time that I was on Vogue.” But… that’s not actually the case. According to The Guardian, Campbell appeared on the cover only five times—others like Natalia Vodianova and Gisele Bündchen, on the other hand, appeared on the cover eight and 11 times, respectively. In fact, she’s only put black faces on the cover 12 times in her 25-year career at British Vogue.

Why is that? Well, Shulman claims to not know enough famous black people worthy of the cover. According to her, she had to select someone that people would recognize if she wanted the magazine to be successful and it wasn’t her style to “show ethnic diversity as a policy.” If she put a black face on the cover who people didn’t know, she would sell fewer copies. “It’s as simple as that,” she says.

But wait, dear reader, Shulman wants you to know that she is not racist. “I haven’t got a racist bone in my body,” she says. She’s upset by the claim because her son’s grandfather, Robert Spit, was a civil rights leader. “So it’s very offensive to me and my family, the idea that I’m racist.” Apparently, mentioning the fact that you have a family member who advocated for civil rights is the new “I have a black friend.”

As for any bad blood she has toward her successor, Edward Enninful, Shulman says she only wishes him the best. “I would really like it on record that I do not have any axe to grind with Edward. I really wish him well. Vogue’s a hugely important part of my life, and I want it to flourish.”

Many are hoping Enninful’s new role will usher in a more inclusive era for British Vogue. The first issue under his reign features British Ghanian model Adwoa Aboah on the cover. He’s also appointed Aboah and Campbell as contributing editors, played a part in the wildly successful all-black Vogue Italia from 2008, and is the publication’s first black, first male, and first gay editor. So, yeah, we want it to flourish, too.

NEXT UP
Culture
The White Lotus Will Return For A Third Season
Life
NYLON Daily Newsletter: November 25, 2022
Astrology
Your December 2022 Horoscope Fuels The Reboot
Sale
These Black Friday Deals On Amazon Are SO Freaking Cheap