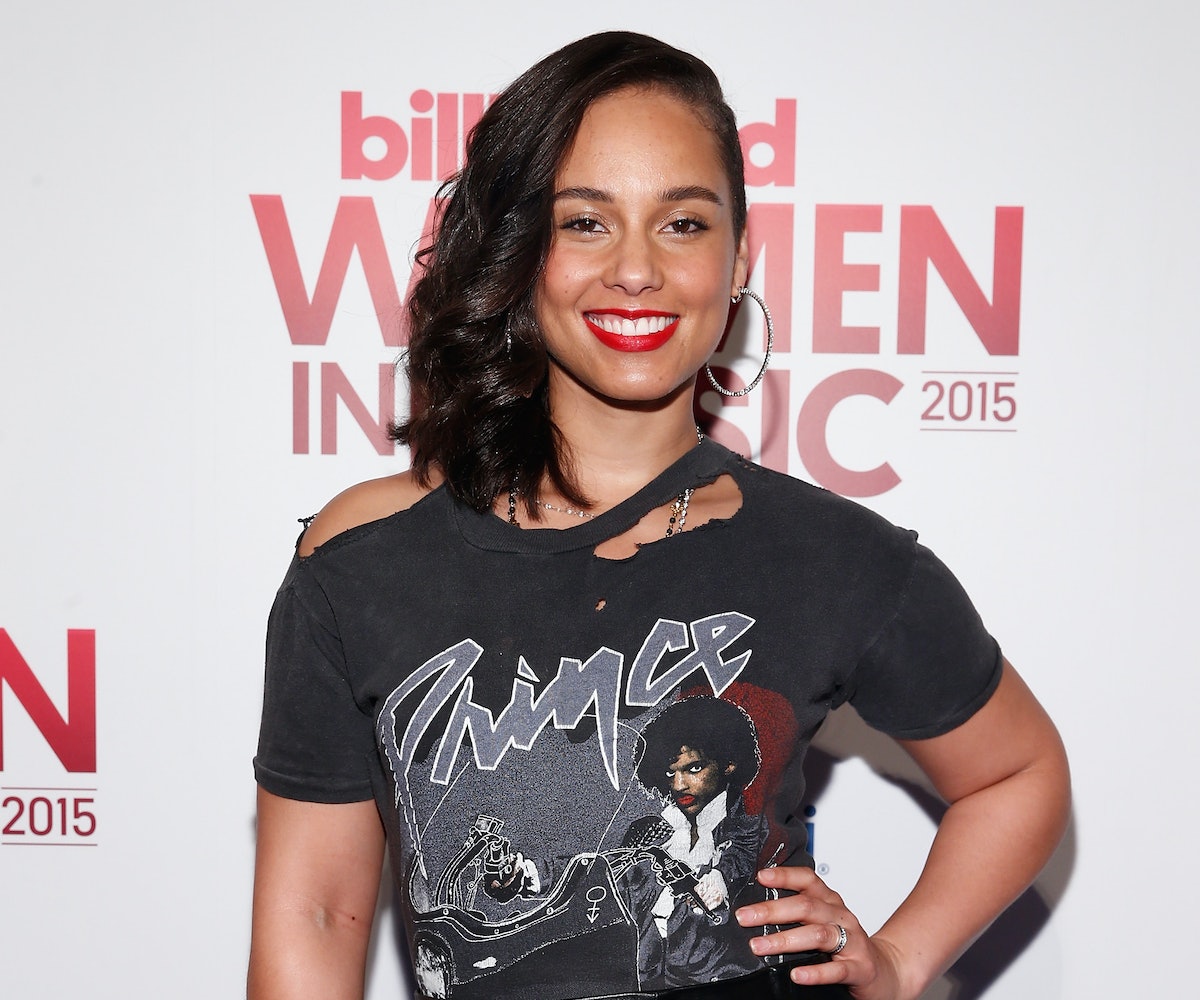 This morning, Lenny Letter posted a truly inspiring essay by Alicia Keys on the pressures of being perfect and why she’s embracing not wearing makeup.

Keys went in depth about the insecurities she faced when she first started out in music and while under the harsh scrutiny of the public eye—from being told she should “be more feminine” to being told she “acts like a boy.” “It's another moment where some piece of you realizes that to fit in or be thought of as beautiful, you have to cover up to be a bit closer to perfect,” she wrote.

Many of the songs on her new album are inspired by this feeling of masking, or hiding, oneself. “Before I started my new album, I wrote a list of all the things that I was sick of. And one was how much women are brainwashed into feeling like we have to be skinny, or sexy, or desirable, or perfect. One of the many things I was tired of was the constant judgment of women,” she wrote. “The constant stereotyping through every medium that makes us feel like being a normal size is not normal, and heaven forbid if you're plus-size. Or the constant message that being sexy means being naked. All of it is so frustrating and so freakin' impossible.”

After writing songs about these issues, including “When A Girl Can’t Be Herself,” she began to focus on meditation, gaining a clearer focus on a deeper knowledge of herself. She then became busy working on her new album and these thoughts were pushed aside, so it wasn’t until her first shoot for the album that these insecurities came about once again. She showed up to her shoot makeup-free, straight from the gym, with a scarf under her baseball cap, and photographer Paola Kudacki decided that this raw and real version of Keys needed to be shot just as is.

Keys described the shoot as “the strongest, most empowered, most free, and most honestly beautiful” she had ever felt, despite the initial nervous and uncomfortable insecurities. This eventually started her #NoMakeup revolution, leading to her fans and followers taking #NoMakeup selfies in response.

If you haven’t noticed, she’s been making quite a few appearances lately sans makeup—and she looks fresh-faced and absolutely stunning.  She writes: “I don't want to cover up anymore. Not my face, not my mind, not my soul, not my thoughts, not my dreams, not my struggles, not my emotional growth. Nothing.”

We’re in full support of this movement. I don’t know about you, but I’m just about ready to give up makeup myself.