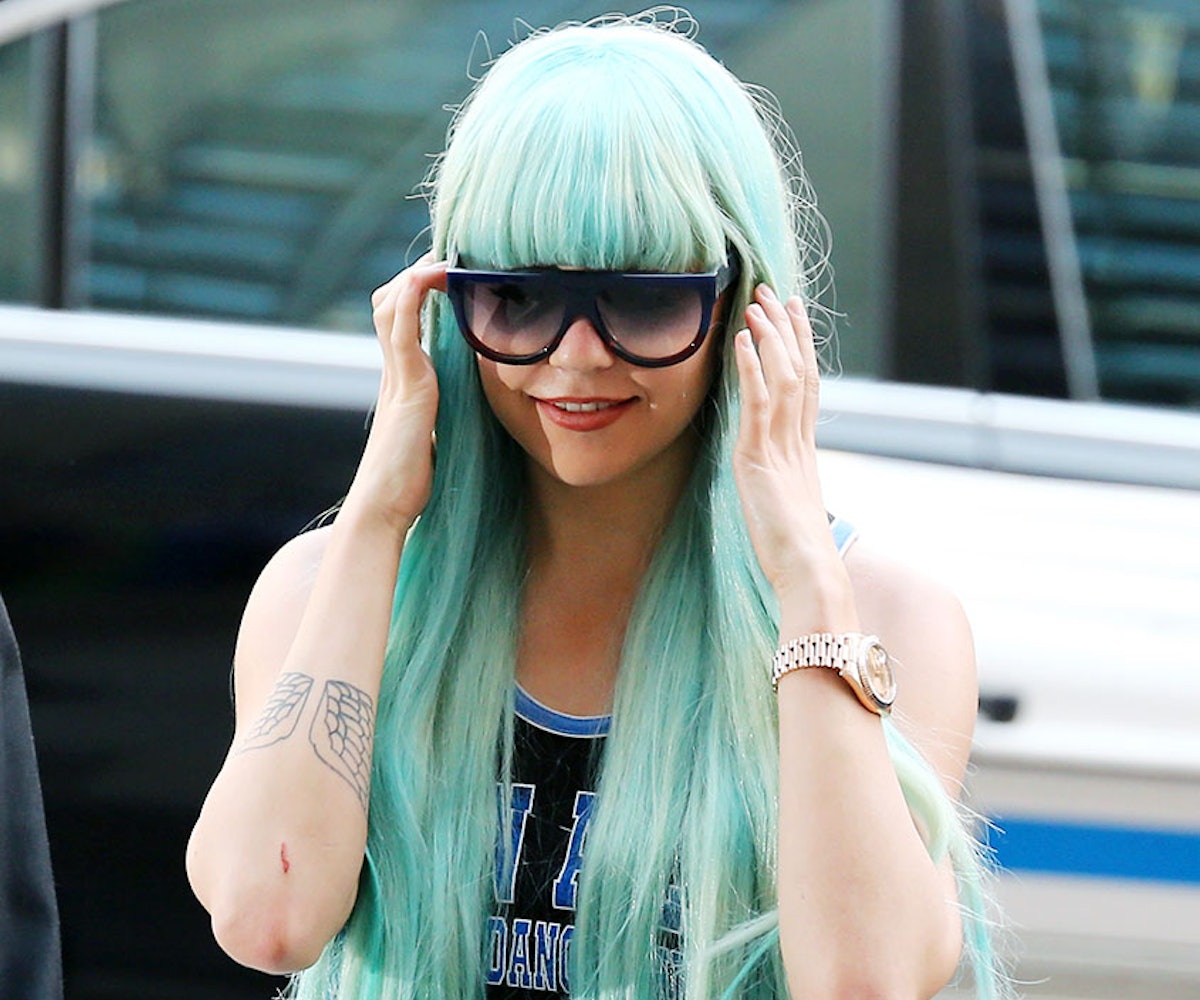 If you've spent your days lying around thinking about your strong like for eggs, or writing Moody's Point fan-fiction, chances are that you've been feeling some sort of absence or longing for Amanda Bynes. And you're not alone. Whether it started after The Amanda Show went off the air, or whether it began March 16 (the last day she posted anything on social media), don't fret: Bynes is back.

Last night, the former actress posted a photo of her with designer Michael Costello at the SOAR Los Angeles Gala, which took place on Sunday. Bynes, who has been involuntarily hospitalized multiple times since she began behaving strangely in 2013, appears to be happy and healthy.

"Our event planner is friends with her attorney," Costello told E! News. "But I had no idea Amanda was such a huge, huge fan of my work. She was really cool and was super nice, and we talked a lot about fashion! She is actually is going to come and do some designs and sew with me. I invited her to come over anytime she wants to use the sewing machines, and I would teach her a little. She really liked that! We talked about her going to FIDM, and her sketches."

NEXT UP
Life
Away’s Second Designer Collection Will Have You Traveling In Style
Beauty
10 Libra-Inspired Nail Art Ideas For The Most Social Season
Life
Get To Know Libra, The Social Butterfly Of The Zodiac
Entertainment
Shania Twain's "Waking Up Dreaming" & 9 Other New Songs Out This Week