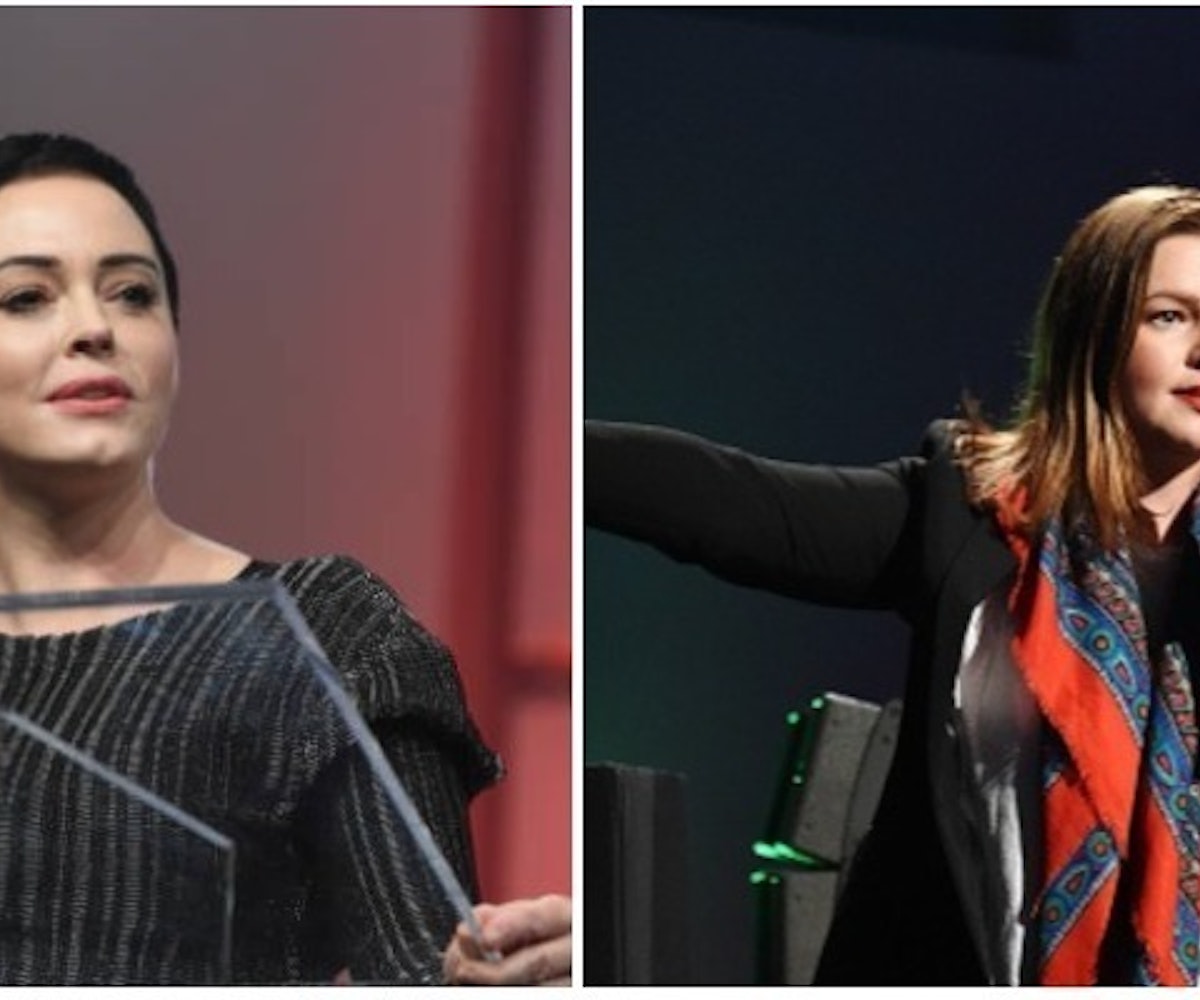 Yesterday, Rose McGowan took to Twitter to call out the hypocrisy of actresses who plan to wear black during this year's Golden Globes Awards to protest gender inequality and sexual assault but have been quiet or slow to criticize many of Hollywood's predators. "YOUR SILENCE is THE problem," she wrote in a now-deleted tweet addressed to Meryl Streep. "You’ll accept a fake award breathlessly & affect no real change. I despise your hypocrisy.” And while many people have continuously praised McGowan for being a steady voice against abuse at the hands of powerful men and criticizing those who remain silent in Hollywood, actress Amber Tamblyn was not so happy with the way she critiqued the actresses who want to protest at the upcoming awards show.

“Rose McGowan is a friend and while I support her kind of movement, I do not support any woman (or man) shaming or taunting the movements of other women who are trying to create change,” she wrote. “Telling us to all wear Marchesa? This is beneath you, Rose.”

She adds that, despite McGowan taking "below the belt shots" at those who plan to wear black, she and other actresses will continue to support her.

She continues by emphasizing the importance of the protest, stating that it's "just the beginning of the darkness that will be drained from every industry across the country by the time we’re done."

She ends her thread by noting that "#ChangeIsComing" and that we all "stand together in this fight."

While McGowan didn't directly respond to Tamblyn, she retweeted a post from Pretty Little Liars actress and fellow Charmed co-star, Holly Marie Combs, who pointed out that Tamblyn calling out McGowan is no different than what she is criticizing her for doing.

Considering the awards will be presented by only women, it should prove to be a powerful event. Let's just hope that speaking out against abuse and injustice continues beyond one evening.