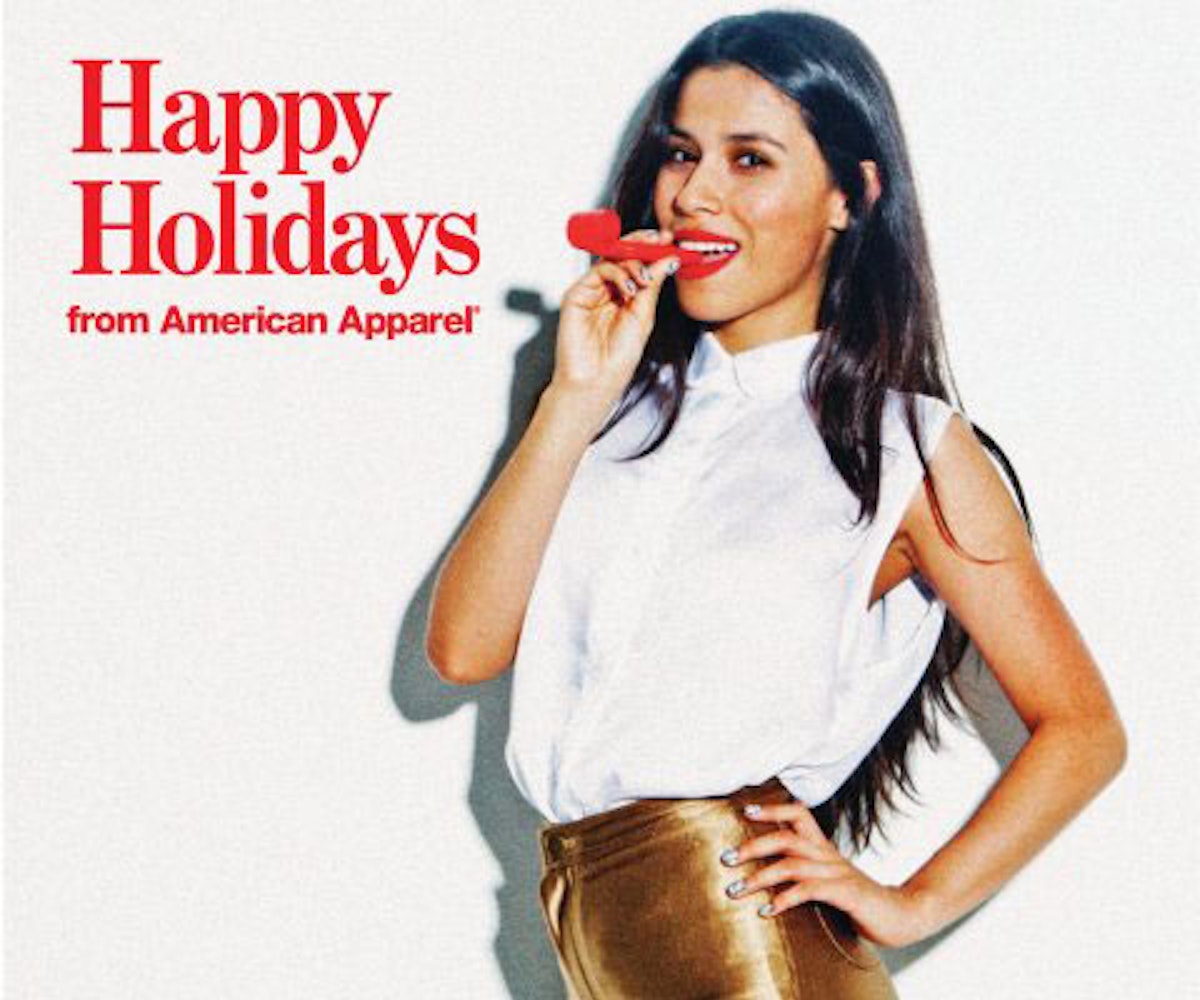 Another day, another controversy for American Apparel. The clothing brand's latest misstep is over a T-shirt that the company wants employees to wear on Black Friday with the slogan "Ask Me to Take It All Off." Anyone that's ever worked in retail knows that the Black Friday shift is the most exhausting day of the year. The competition is huge, the stakes are high, and corporations want employees to be fully committed to the core—so, throwing a free T-shirt at sales associates isn't really a big deal in the grand scheme of things.

The Mary Sue obtained an image of the American Apparel T-shirt in an email from an employee that wishes to remain anonymous. According to the source, sales associates are not required to wear the shirt, but if they choose not to, then they have to put on a button with the same suggestive slogan printed on it. As the source pointed out, the items are a reminder that "a woman’s body is never hers alone."

It's appalling that the corporation would violate its workers' rights by encouraging them to wear something that openly invites customers to harass them. Sex sells, but at an employee's expense? That's disgusting and disrespectful. American Apparel has had enough image problems to overcome, but this brings the corporation back to where the issues all started.

If American Apparel associates voluntarily want to wear the T-shirt, that's completely on them, but we hope that they know that they have a say in the matter. Either way, now we know where we won't be shopping on Black Friday...

UPDATE 11/25/2015 9:47AM: An American Apparel spokesperson sent a statement to The Mary Sue in an email to explain that this t-shirt slogan has been discontinued.

This slogan on these tee shirts—which were distributed to both male and female employees as optional—was originally intended to be a play on words to engage customers during our Black Friday Sale, which features an additional 50 percent off items that are already marked down 50 percent. We understand that this offended an individual employee who spoke up about his / her concerns. American Apparel is a company that values free speech, and most importantly, creating an environment where employees feel valued, protected, and safe. As such, we have decided to discontinue this slogan and will seek other ways to stay creative and push the envelope, which is part of our brand DNA.