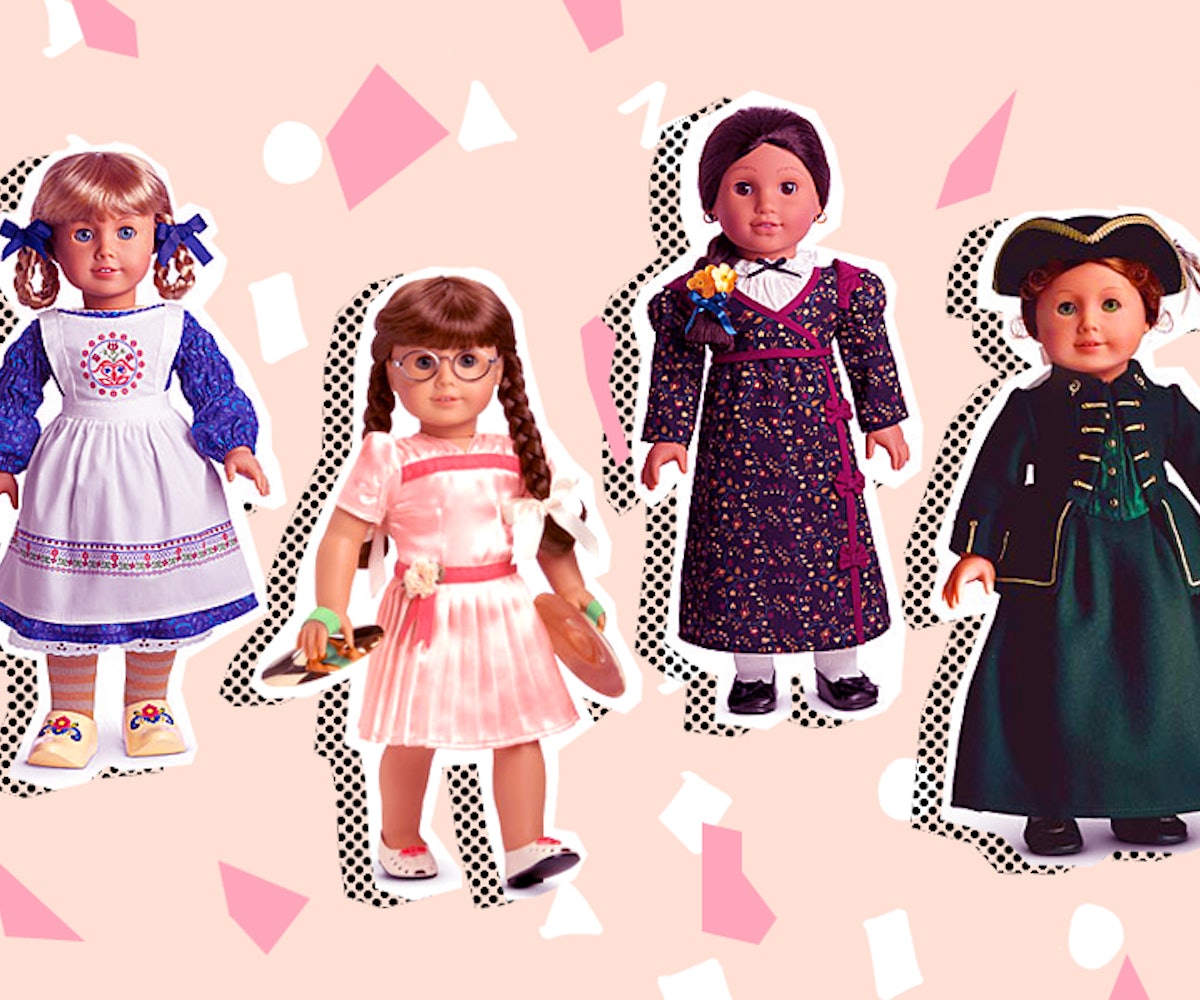 For ‘90s girls, the question of which American Girl Doll you were was a dividing one. Were you resourceful Depression-era Kit, courageous Addy of the Civil-War, or patriotic Felicity? Now that question is a moot point.

It’s an end of an generation, ladies. Because the original American Girls have been put to rest. Felicity passed away in 2011, Kirsten in 2010, and Samantha in 2009, and the hurt keeps coming. No more dressing up with one of your favorite historical gals, eating fake chocolate dirt desserts at the American Girl café. No more place to take your dolls to get her hair did after you decide it was a good idea to give her a haircut, or fix a broken limb after that tumble from a treehouse adventure. No. These brave, historic ladies have been left in the dust by the American Girl franchise in favor of their more modern friends.

But no need to completely sink into a case of the saddies. Buzzfeed found that actually, the original dolls have found a new home on eBay and they’re worth a whole lot of money. Kirsten is selling for $750, Felicity $700, and, lucky for you self-proclaimed Mollys out there, she’s selling for a whopping $4,958. Might just pay for her doll hospital bills.

Of course, if altruism is more important than profit, you can donate your gently used dolls to Girl Again Boutique, which provides job training to young women with autism.

The 47 Best Barbie Looks Of All Time

Our Photo Director Shows Us Her Barbie World