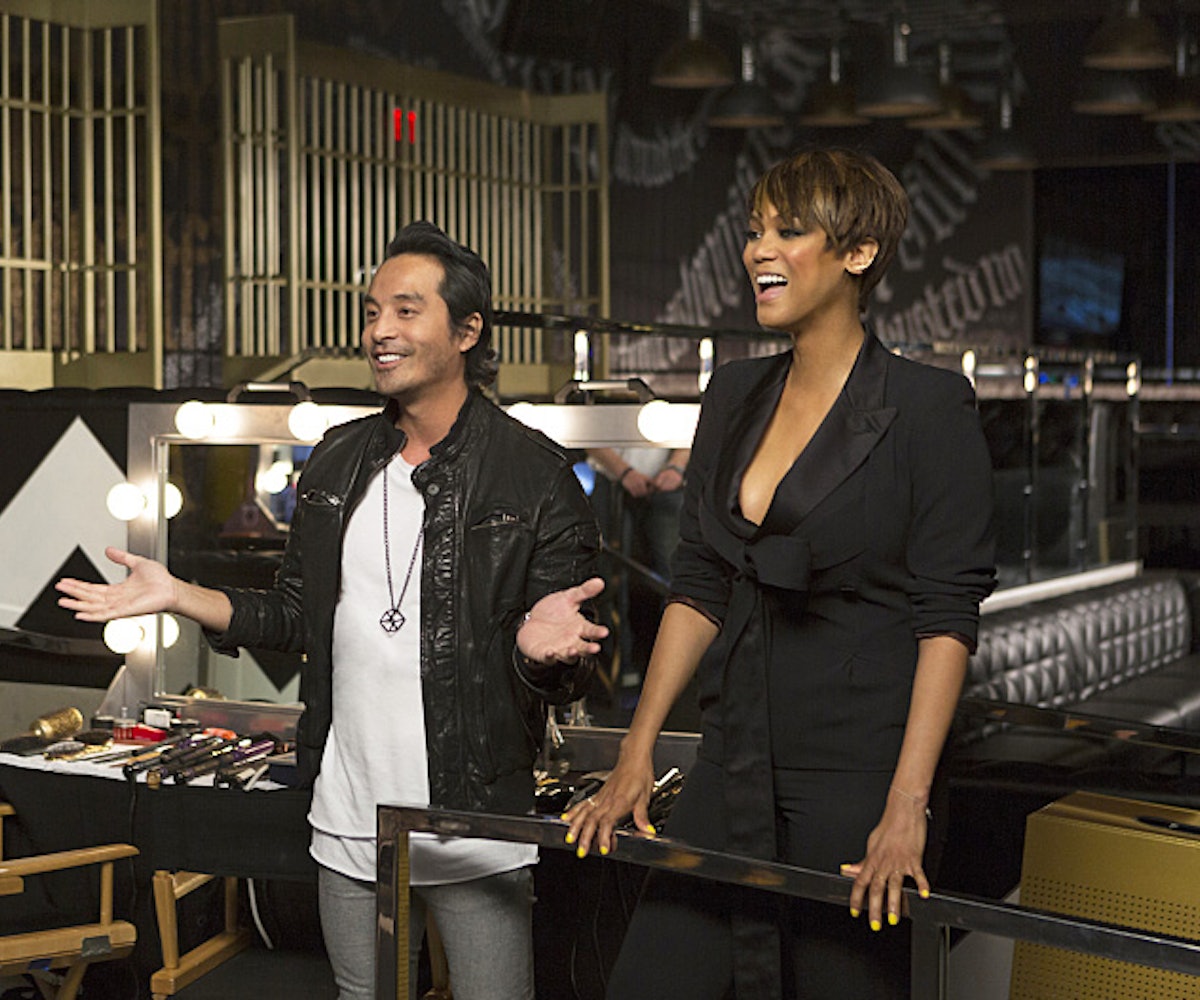 Welcome back, Dustin! Now off to Vegas we go!

I was super-excited about this trip. I had been to Las Vegas once before, but I knew rolling into Sin City with Tyra Banks was going to be a little different than my budgeted vacation trip.

Of course, we got a penthouse in the brand-new SLS Hotel, right in the heart of Vegas. The place was amazing, the view was incredible, and we even had a pool table on our balcony. Upon our arrival, we all had dope dress clothes to wear for our VIP pool party....or so we thought. Tyra did say this was a business trip!

Well, we got to the pool party later that night, and Don Benjamin from Cycle 20 was there, chilling and playing his new track, "Jealous." Then, Yu Tsai and Miss J let us know that our challenge for the night was to capture a solid shot while jumping into the pool fully dressed.

I got an eight on the challenge, and I'm happy with it.

Sure enough, we met up with Tyra the next morning at 7 a.m. We all knew it was going to be a long day. She told us we'd be shooting a music video for her new beauty line. We all got characters that we needed to portray…I was the hot guy at the party. Pretty difficult role, but I think I got it!

Shooting the music video was really intense. It was scene after scene, and Go! Go! Go! But it was a great experience being under so much pressure. That's how you grow as model and actor.

The problem was that my bro Dustin was struggling. Honestly, though; in this situation, it was lack of experience, which really isn't all his fault. The guy just left high school. Now, he's in Vegas with Tyra Banks shooting a music video. Hopefully after this tough experience, he'll have gained something from it. I thought everyone actually did really well. There was a ton of energy in the room, and I think Tyra was pleased with everything.

After seeing my best shots from the video and hearing Kelly Cutrone say that she's never seen a male model bring something like what I brought in the video ever, I was on top of the world. I felt like a little kid who just got straight-As on his report card. I told you I was ready for Vegas.

Next week's episode looks like it's going to be hilarious, so make sure you tune in two weeks, October 23, at 9/8c on The CW!