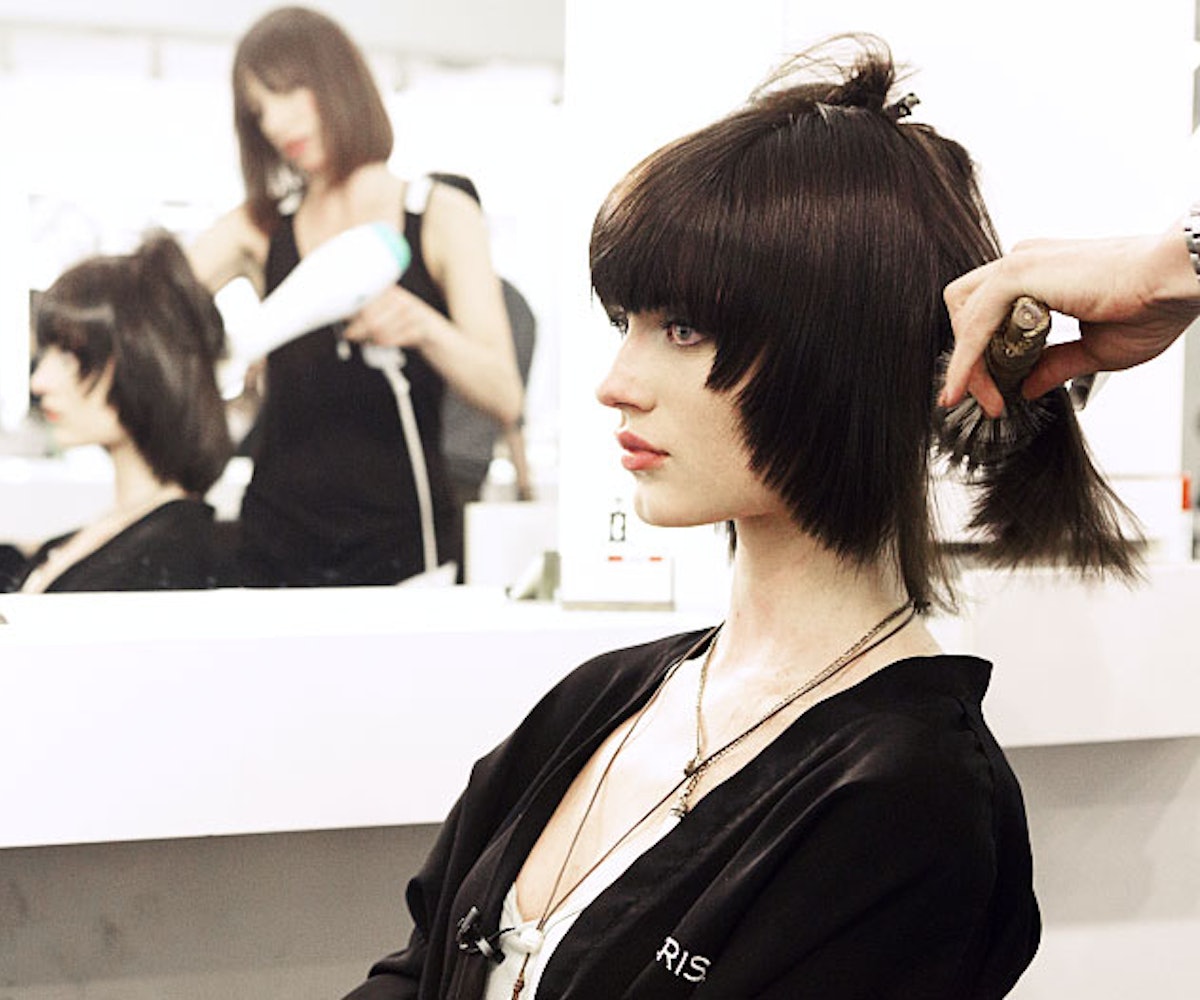 Well, well, well! How did everyone enjoy episode four of America’s Next Top Model? Coming into this week’s obstacles, Devin was taking over the Tyra suite, while Delanie was sent packing from last week’s shoot.

Things between Mikey and Ashley started to get steamy among the suds in the bubble bath this week. The three amigos, also known as “DMA: Devin, Mikey, Ashley,” created a model alliance. Just because you’re on top for the week doesn’t mean everyone is your friend, you know. Arguments started to ignite between Hadassah and Devin. It seems like both don’t agree on each other’s choice of character.

Anyway, time for Tyra Mail. This week's read, “A hero NEVER gives up.” It was time for our second photo shoot of the cycle, and all 13 of us were on edge after skimming by the last panel. The second photo shoot wasn’t just a typical high-fashion editorial shoot, it was a shoot with inspiration and admiration. We got the chance to work with Alex Minsky and Melissa Stockwell, U.S. military veterans and American heroes. Both Melissa and Alex have lived through hardships resulting in prosthetic limbs while serving for our country. Even with the injuries, Melissa has pushed through and is now a competitive Olympian, while Alex is a model that can be seen in magazines like GQ and for designers like Mister Triple X. Getting to work with such selfless role models was a reality check to us all. Soldiers, veterans, fighters, and heroes risk their lives every day, for every, single one of us—people they don’t even know. It really makes you take a step back and examine the value of life.

Not only were we lucky enough to work with Alex and Melissa, we were taken in by stylist and fashion guru and co-host of FAB Life, Joe Zee. Some of the models were making Yu Tsai work extra hard to get an acceptable shot. I am sure everyone can agree that once you hear Yu Tsai scream words like, "Yes! Beautiful! Good! We got it!" it’s been a good day.

This week was also the makeover episode. We went to Beverly Hills Salon, Christophe for our TyOvers. Did we see tears on this episode? Can you guess whose eyes those crocodile tears dropped from? That’s right; the Texas pageant girl, Hadassah. She claimed a shaved head just won’t work for her Texas pageant life. Apparently, “the bigger the hair, the better” is a fact. Many of us speculated she would drop out to keep from shaving her head. But long talks with Yu Tsai and Miss J convinced her to suck it up and become a model. As for my makeover: I love it! I have never dyed, highlighted, or layered my hair. I’ve grown up with virgin hair…hmmm, ironic? I was shaking in my boots a little seeing my hair being dyed deep brown with bangs and a bowl-shaped cut. The look totally frames my facial features and definitely screams "fashion," though. I’m going to roll with it.

All of our nerves were going bonkers during the second panel. Ava won top photo this week, with a strikingly beautiful picture. I was ranked number eight, which isn’t ideal to me, but hey, that just gave me motivation to improve. Hadassah and Stefano rounded out the bottom two. The judges felt Hadassah was too safe and unwilling to let go of her perfectionism. Tyra said, “Perfect is boring." (Preach, Tyra!) The judges feared Stefano was the “male accessory,” and that he struggles to find his place and brand.

Sadly, Stefano was left packing, and only 12 models now remain. Curious of how the shoot next week will go? Find out next Wednesday on the CW at 8/7c.