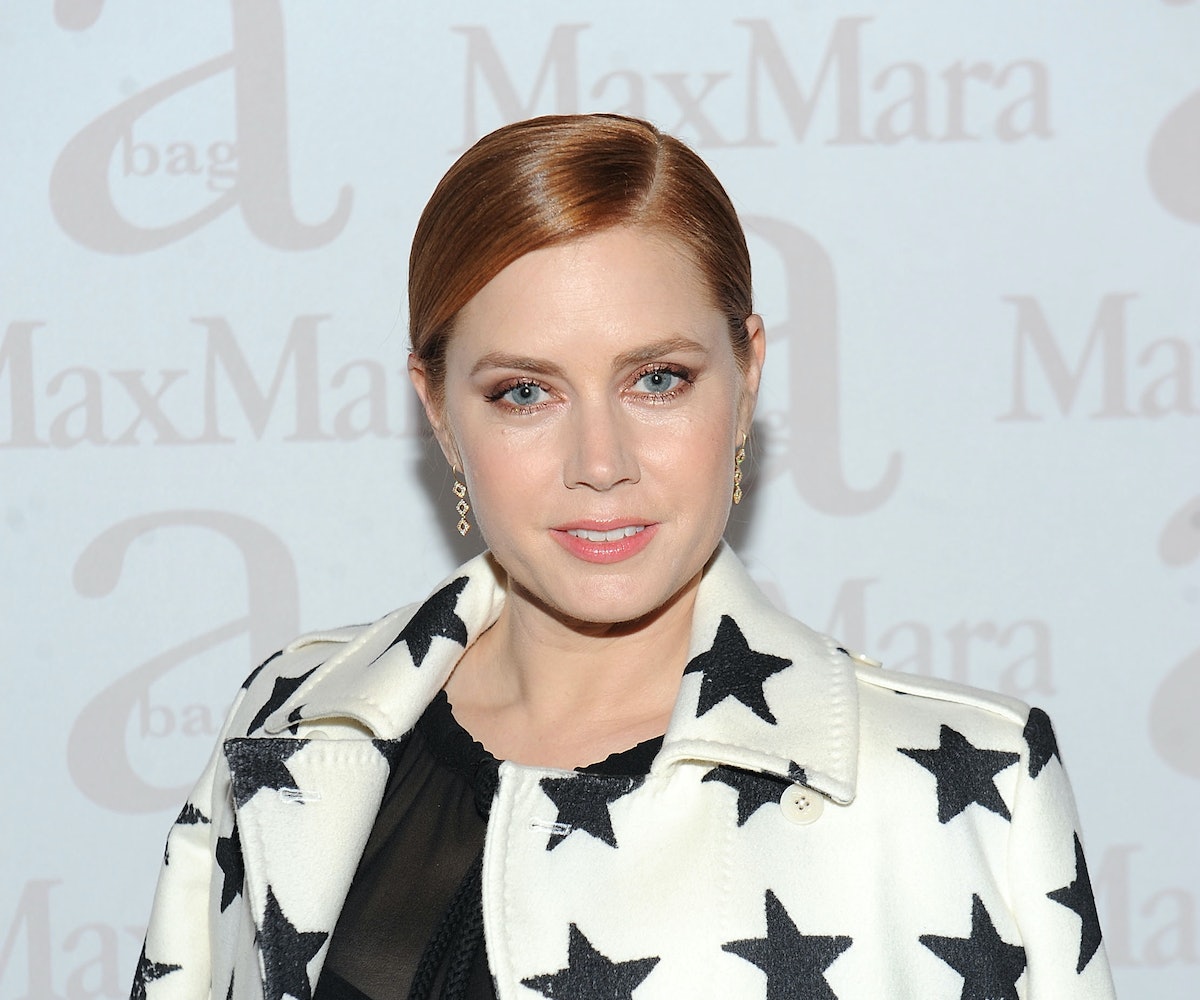 Amy Schumer and Jennifer Lawrence might have a new top for their human pyramid. Speaking at the Hollywood Masters interview series at Loyola Marymount, Amy Adams admitted that she wants in on Hollywood's coolest girl squad (sorry, Taylor).

"I'm waiting for Jennifer Lawrence and Amy Schumer to invite me to their party!" she said. "So, I hope I was funny today so they will invite me to their next boating party." Adams is of course referring to Schumer and Lawrence's newfound friendship, which has become the envy of anyone with an Instagram account. The only problem is that Adams thinks she's way too square to hang with those two. "I’m a little more neurotic than both of them, but I think that would be — they need a little of that, and they’re both so cool and I could be the ‘not-cool’ person.”

And while we'd like to believe that Adams is just like the rest of us, longing for just a moment in the company of Hollywood's new dynamic duo, if she really wanted to spend a boozy night inhaling pepperoni pizza and playing F/M/K with Lawrence and Schumer, all she has to do ask. She's Amy effing Adams. And if for some reason they do say no, we'd love to hang out with you Amy. We'll bring the snacks, you bring Bradley Cooper.