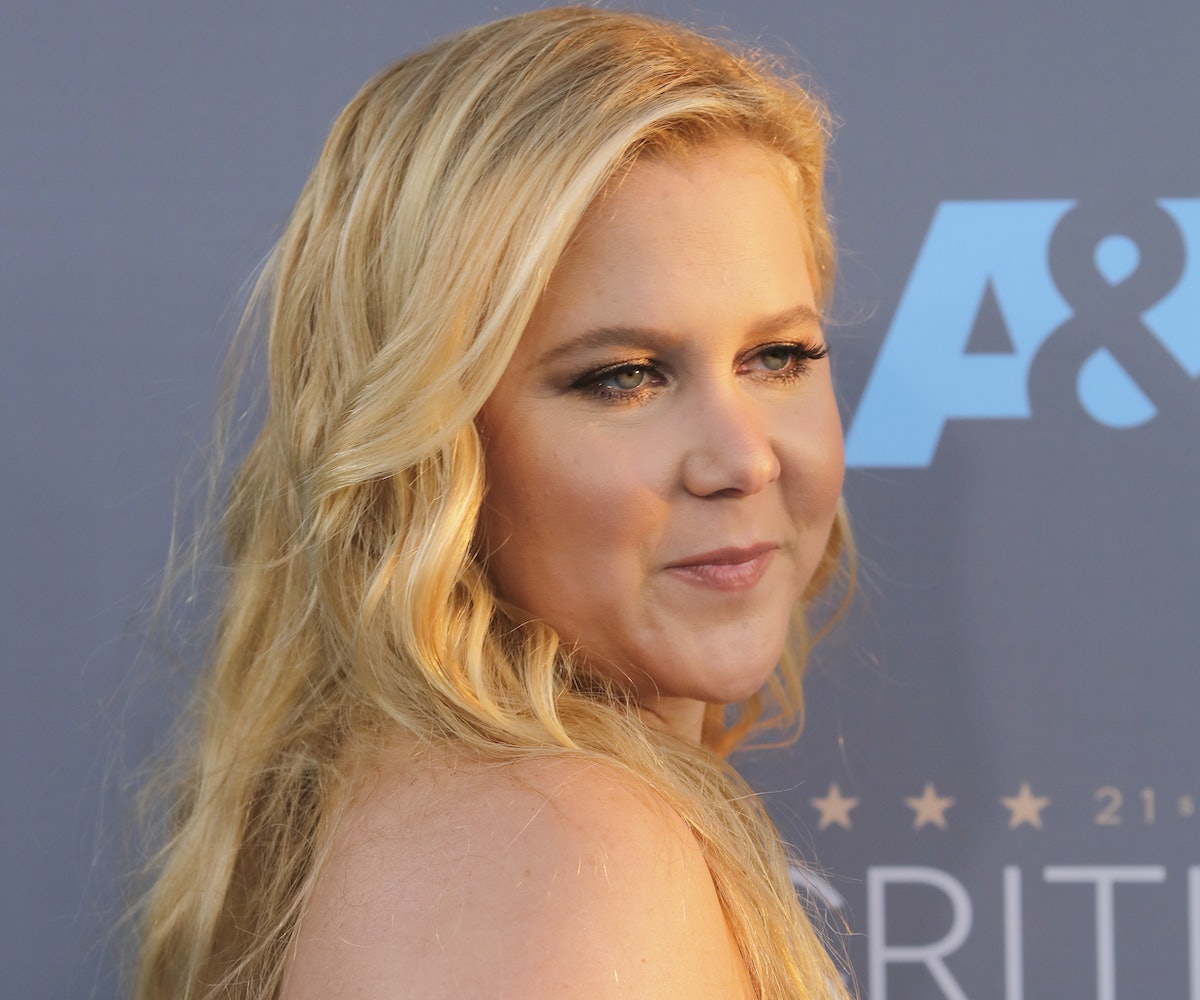 Just a couple days ago it was announced that Amy Schumer had signed on to star in the upcoming live-action Barbie movie, with a plot that mirrors the brand's recent efforts to, you know, get up to speed with our ever-changing society and increasingly progressive views (though, we're still flummoxed that ideas like non-pink accessories are forward-thinking). In the past year, we've seen feminist advertisements from Mattel showing girls imagining themselves in an array of careers through playing with their Barbies, we've seen Game Developer Barbie, sporting a laptop that actually has working coding language, and now, we're seeing a Barbie live-action remake, complete with a promising storyline.

According to THR, the movie “begins in a perfect land of Barbies where one woman slowly awakens to the fact that she doesn’t fit it. She is expelled from the idealistic land and journeys to the real world, where she discovers that being unique is an asset.” Fantastic, right? Well, unfortunately, because the internet exists, many took the time to outright fat shame Schumer for being involved in the Barbie movie.

Fortunately, many users also rushed to Schumer's defense, noting that her inclusion is an empowering choice not only for women everywhere who frequently struggle with unrealistic image issues, but for the Barbie brand as well (which has long been criticized for the body standards the doll reflects).

Schumer has responded to fat shaming in the past, including earlier this year when she posted a photo on Instagram of herself in a bathing suit and directly lambasted body shamers in the caption. "I meant to write 'good morning trolls!' I hope you find some joy in your lives today in a human interaction and not just in writing unkind things to a stranger you've never met who triggers something in you that makes you feel powerless and alone," she wrote. "This is how I look. I feel happy. I think I look strong and healthy and also like miss trunchbull from Matilda. Kisses!"

At the end of the day, though Schumer has had her fair share of muddling offenses, it's both thrilling to have Barbie consciously continue its efforts toward adjusting the brand, and to have someone like Schumer on board who is open about her own image struggles and path to self-acceptance. And, Schumer's personal controversies aside, the responses she's been receiving like the ones above are simply not okay, no matter if it's a direct attack on her weight or under the guise of feeling justified in insulting because of a contentious public image. Though Schumer hasn't addressed the deluge of comments, we're pretty sure her response would be, in her own words, "This is how I look. I feel happy."