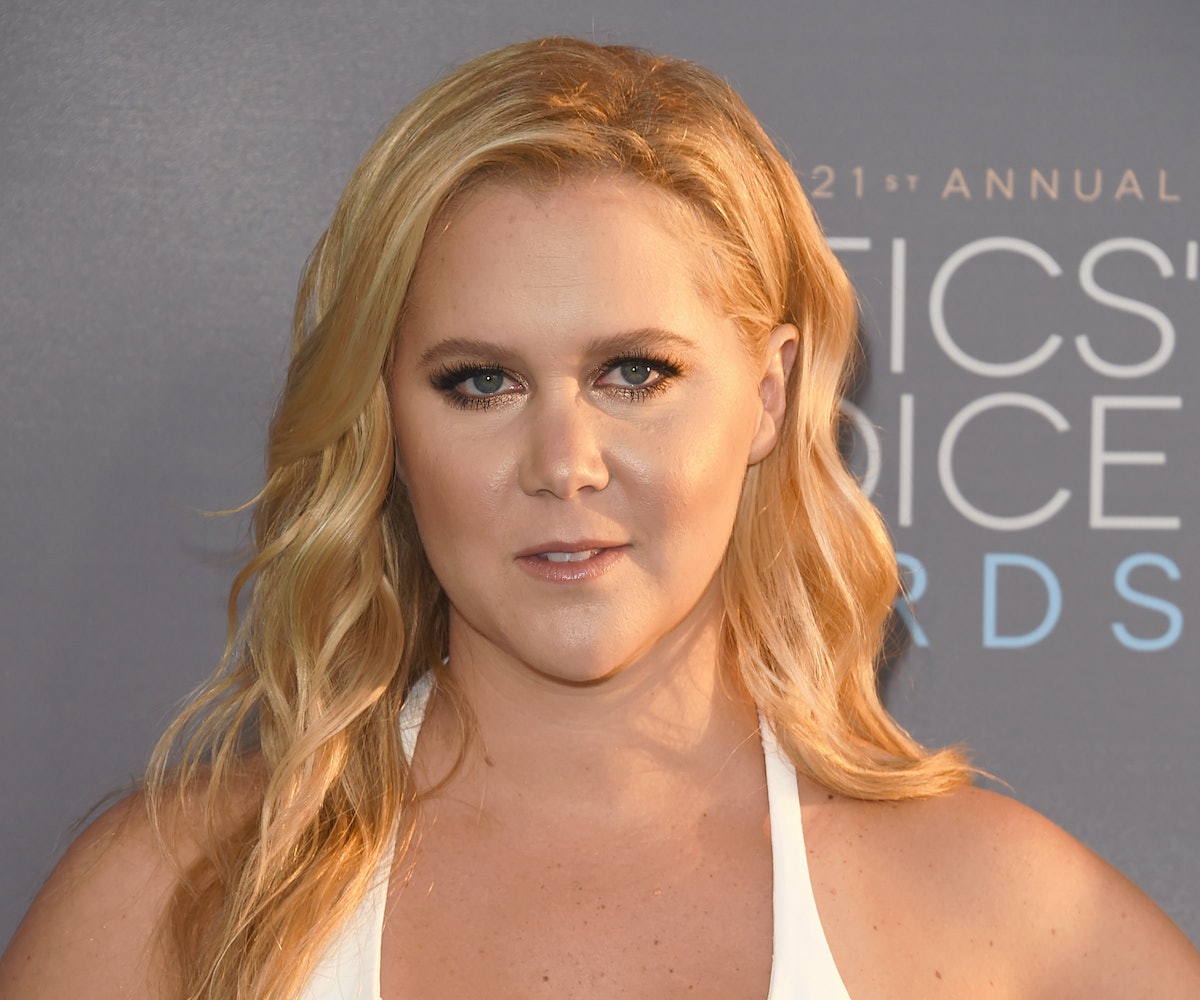 There's no more serious accusation in the world of comedy than that of joke stealing. So we knew that it was only a matter of time before Amy Schumer responded to the allegations that some of her most popular material was poached from other comics.

"On my life, I have never and would never steal a joke," Schumer tweeted Wednesday. She then took to the airwaves, appearing on Sirius XM's The Jim Norton's Advice Show to further defend herself. "I'm getting accused of stealing jokes and I wanted to come and talk to you about it and clear my name because I would never ever do that and never have," she said.

Earlier this week, comedians Wendy Liebman, Kathleen Madigan and Tammy Pescatelli had a Twitter conversation about the similarities between some of their early material, and jokes that appeared this year on Inside Amy Schumer and Trainwreck. The Tweets have since been deleted. Schumer attributed the similarities to what she called "parallel thinking," a claim Liebman supported over Twitter.

Schumer believes it was Pescatelli who spearheaded the accusations in an attempt to "get something going," which Pescatelli repeatedly denied via Twitter. "I think [Tammy] is upset I blocked her on Twitter a couple years ago because she was unkind to my best friend, Rachel Feinstein, and I didn't like how she treated Rachel," Schumer added. "I don't think she's got much going on, this is my guess. I think people get upset by success."

Schumer went on to say that she's willing to take a lie detector test to prove that any similarities between her material and that of other comics are purely coincidental. "I have to come up with so much material for my TV show, this movie, stand-up. And I’m so careful," she added. "And I just would never do that. That would be so stupid for me to do that.”

It's nice to see Schumer confronting these allegations head-on, rather than hide behind a team of publicists and handlers as some other celebrities may have done. According to the comedian, this is her attempt to take control of her narrative. "I'm not a little weakling," she said. "This stuff makes me upset and angry and then I just get stronger, and I'll fight back. I am not going to become one of these other comics who's been accused of stealing jokes. This will not be a part of my name."

Update: Tammy Pescatelli has apologized for accusing Amy Schumer of stealing jokes, saying that the comedian has "every right to be mad." Schumer originally accused Pescatelli of igniting the controversy for reasons that essentially boiled down to jealousy, which Pescatelli initially laughed off via Twitter. But during an appearance on the Jim Norton Advice Show, Pescatelli admitted that she "went too deep."

"I was the last to the party and I drank the most and was the loudest," she added. "I probably should have just stayed out of it and kept my mouth shut."

Pescatelli went on to admit that Schumer's theory why the jokes were so similar is an entirely plausible one. "It is probably parallel thinking, that does happen."