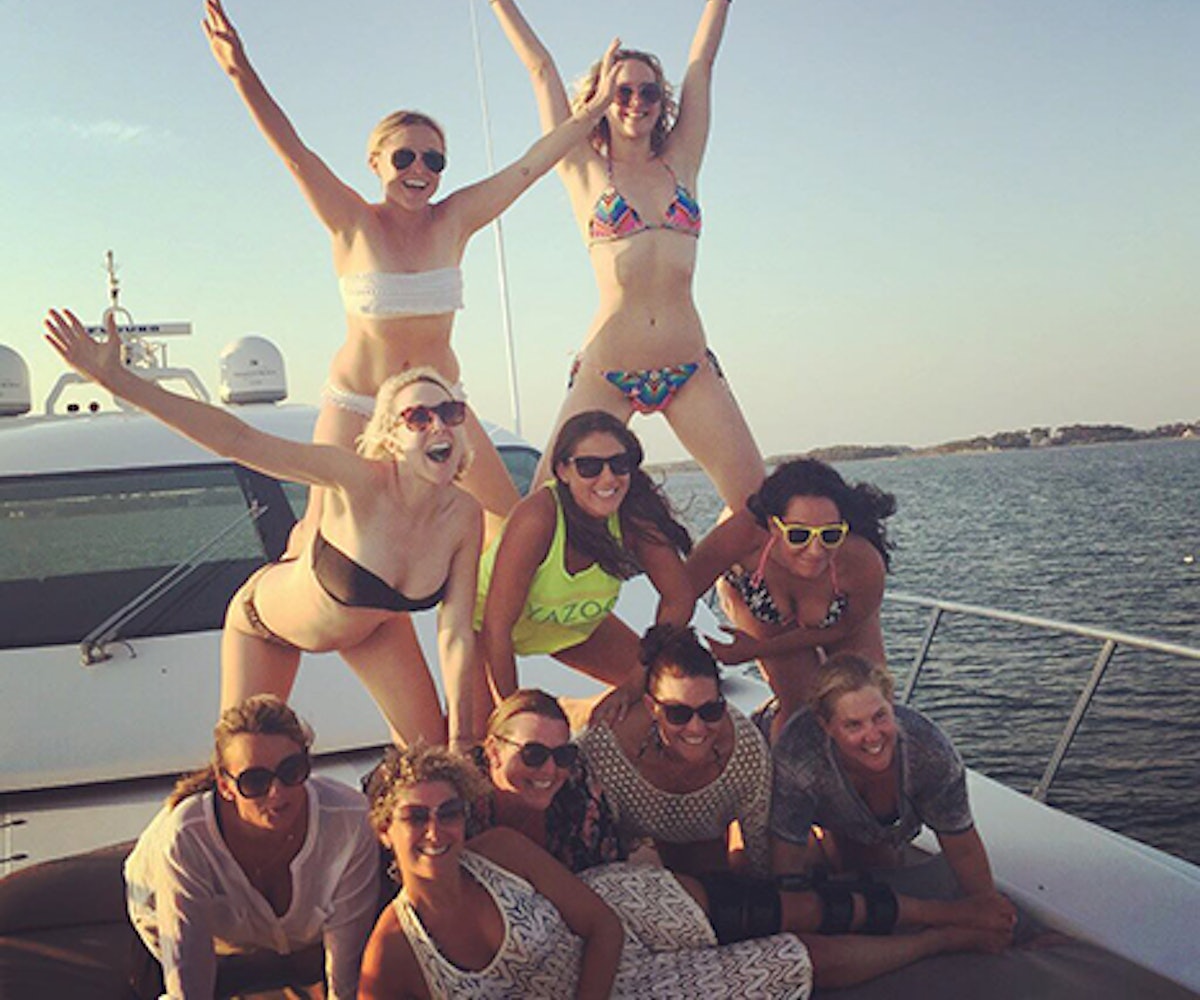 Until now, there was no proper explanation of the photos seen around the Internet. That changed last night when Amy Schumer made an appearance on one of the final episodes of The Daily Show, and talk invariably turned towards how exactly she ended up on a jet ski and in a human pyramid with Jennifer Lawrence. “Once a year, I go away with all my girlfriends from high school,” she told Jon Stewart.

For this year’s trip, which was in the Hamptons, it was as simple as giving JLaw a ring and asking if she wants to tag along, because that’s how chill and low maintenance both of them are. “I was like, ‘Oh, we’re going on a boat tomorrow. You should come.’ It was kind of a hypothetical,” Schumer said. “And she was like, ‘I think I’m coming.’” Schumer also shared more photos of the two of them, and in typical, self-deprecating fashion, told Stewart: “It’s my picture next to Jennifer Lawrence. It’s the last person you want to be next too. […] In all the pictures, I look like her coach.” Watch the clip above.