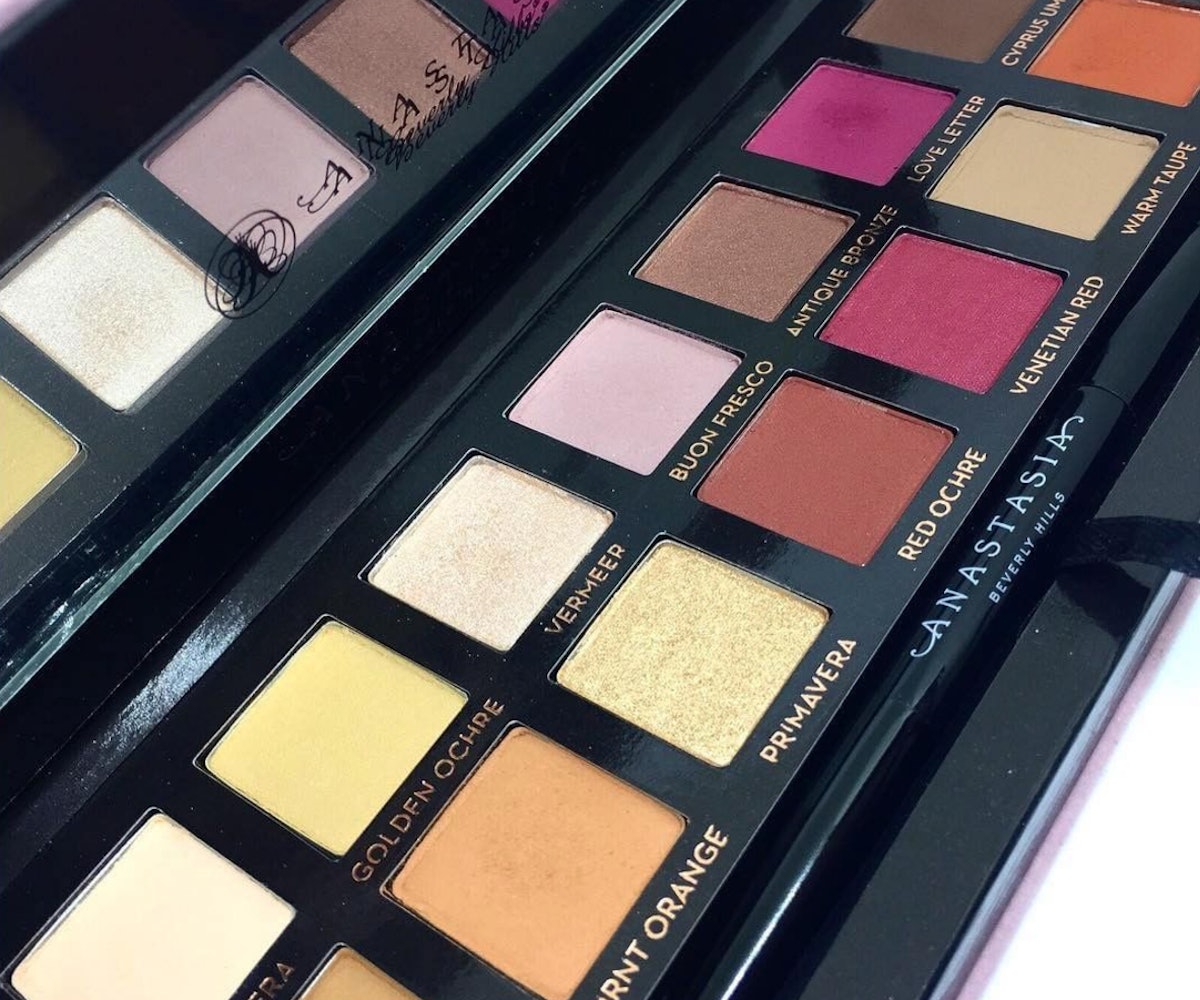 You're not the only one dying to get your hands on one of Anastasia Beverly Hills' eyeshadow palettes. Apparently a group of thieves had their eyes on more than 100,000 of them, and that's exactly what they got away with in an astonishing multi-million dollar heist. In a scene straight out of a James Bond movie, burglars cut through the roof of the high-end makeup line's warehouse in Chatsworth, California, stealing around $4.5 million worth of Modern Renaissance eyeshadow palettes. (The culprits must look good in neutral and berry tones.)

Each palette sells for $42 and police told CBS they could turn up in a number of different places, like online or at swap meets, so be wary of any you see available for a fraction of the cost. The LAPD are still searching for suspects as according to investigators, the surveillance video footage is too grainy to identify them.

Could it be brow experts and Anastasia devotees Kim Kardashian and JLo pulling off some kind of Oceans Eleven scenario? Kylie Jenner trying to wipe out the competition to her Kyshadows? Or maybe it's a beauty YouTuber preparing for the apocalypse. Obviously it's none of the above, but you will most likely see the palettes on eBay soon.