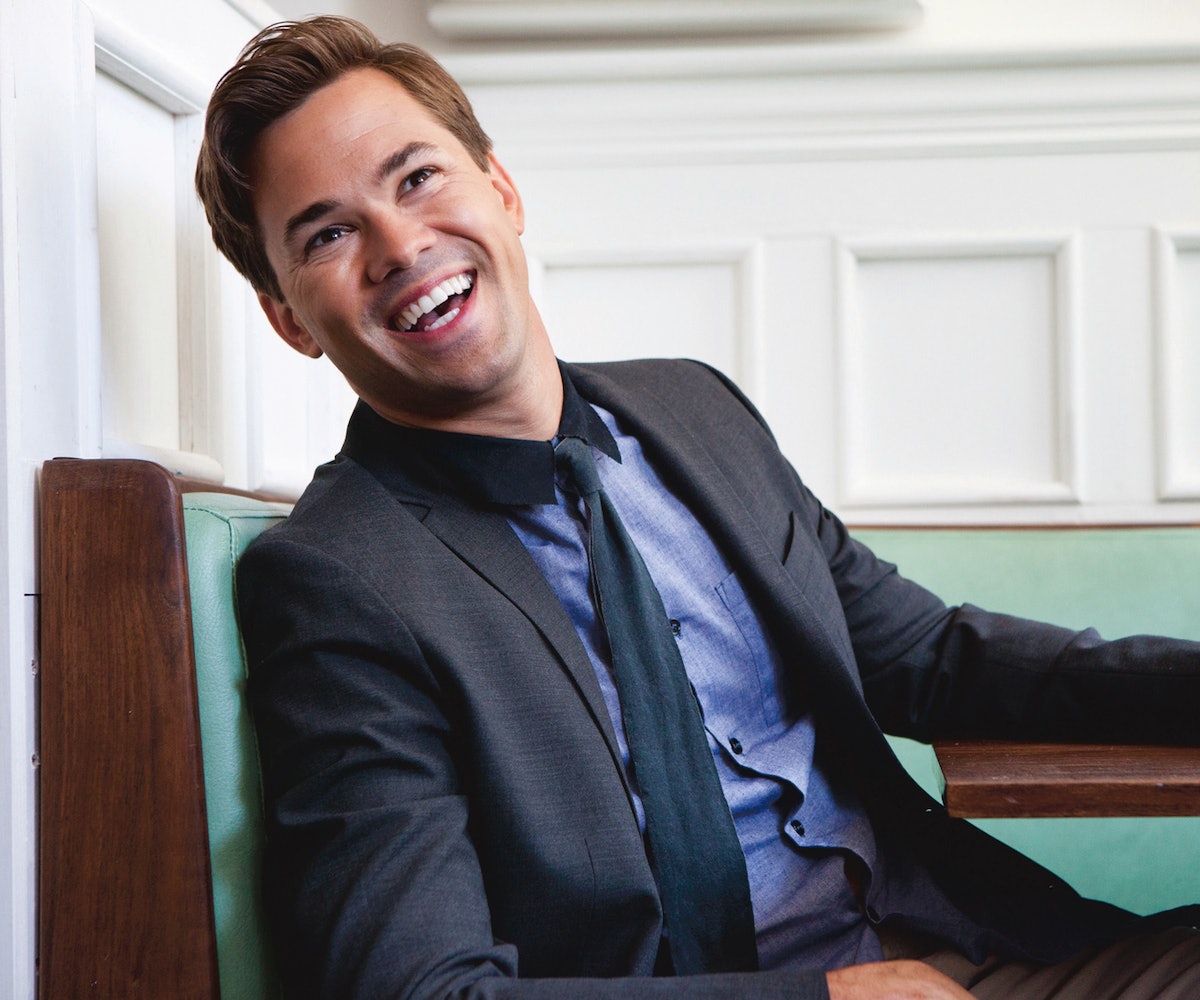 Thanks to roles like Elder Price in the Broadway show The Book of Mormon, Brian on The New Normal, and Elijah--Hannah Horvath's ex-boyfriend turned gay roommate--on Girls, we've all become quite familiar with actor Andrew Rannells in the last couple of years. But before this success, Rannells was just an ambitious high school kid in Omaha looking for a break. So he auditioned for the National YoungArts Foundation workshops and classes for emerging artists in Miami, and was accepted into the highly competitive program.

This weekend, YoungArts will present Rannells with the Alumni Award to recognize all of the great work that he's done since. We caught up with Rannells in polar vortexed New York City to talk about YoungArts and, obviously, Season 3 of Girls.

How many layers are you wearing today?

You know what? Not as many as yesterday. I'm still very layered but at least it's not the four degrees or whatever the hell it was yesterday.

This weekend you'll be in Miami to receive Young Arts' Alumni Award. How did you first become involved?

Like many kids, I auditioned as a senior in high school--1997. I sent in my audition tape with the two contrasting acting pieces that you had to do. I was really shocked that I was accepted because it's very competitive. They pick 20 kids and fly them to Miami [for the program]. I was in Omaha, Nebraska going to an all-boys school without any arts program at all, so I was really floored. It's such an amazing program and I'm so honored that they chose to give me the alumni award.

What were the two pieces that you performed for your audition?

Are you ready for this? I did musical theater so that made it a little easier in some ways. I think the rules were that one piece had to be from before 1910 and the other had to be after. So obviously it's very easy to find a song after 1910 and it's very difficult to find something before then. I sang "Extraordinary" from the hit musical Pippin [laughs] and then I did a monologue from Man and Superman by George Bernard Shaw.

Do you have a speech prepared for when you receive the award or are you just going to wing it?

No, I definitely have something prepared. Winging it, I feel, is always a bad idea. Maybe not for some, but for me it would definitely be terrible.

It's a big week for you--Monday was the Season 3 premiere party for Girls. It looked like tons of fun.

It was so fun. They showed us three episodes--the first two and actually my first episode, which is episode 7. It's just so cool to watch it on the big screen with a room full of people.

Can you give us any hints about what Elijah will be up to in Season 3?

Elijah's back and he's trying very hard to get back in good with the girls, because he did not leave on the best terms with Hannah and Marnie. So he has to work hard to get back in with them. The season was so much fun because I got to, for the first time, work with everybody. Most of what I had done in the past was with Lena and Allison. This season I got to do scenes with Zosia and Jemima and Adam, and it was a lot of fun to get to work with them.

In the past few years you've done theater, TV, film roles--what projects do you have on the horizon now?

We'll start filming the fourth season of Girls in April, I believe. So I'm really looking forward to that, and I did a little work on How I Met Your Mother, which was very exciting--very different from Girls, but very exciting. I did a couple of episodes of that, and now I'm just enjoying my last few months in L.A. before I move back to New York.

You've delivered a million great lines over the past few years, too. What are some of your favorites?

You know what's so funny--well, maybe it's not funny--but I was just with Josh Gad a couple of weeks ago and we tried to remember our lines [from The Book of Mormon] and we couldn't do it! We tried to do a scene and we couldn't think of any of our lines! But, in The Book of Mormon, I always enjoyed the line that happens at the very, very end when the other missionaries are getting ready to leave because they've been kicked out of the church. Elder Price has a little speech, but it starts with him saying, "You know what guys? Fuck that." And it was always so satisfying to say because the audience at that point is so ready for him to bust out. For Elijah, I was very proud of my "You look like a slutty Von Trapp child" line that I said to Allison Williams last year. Yeah, I really like that one.