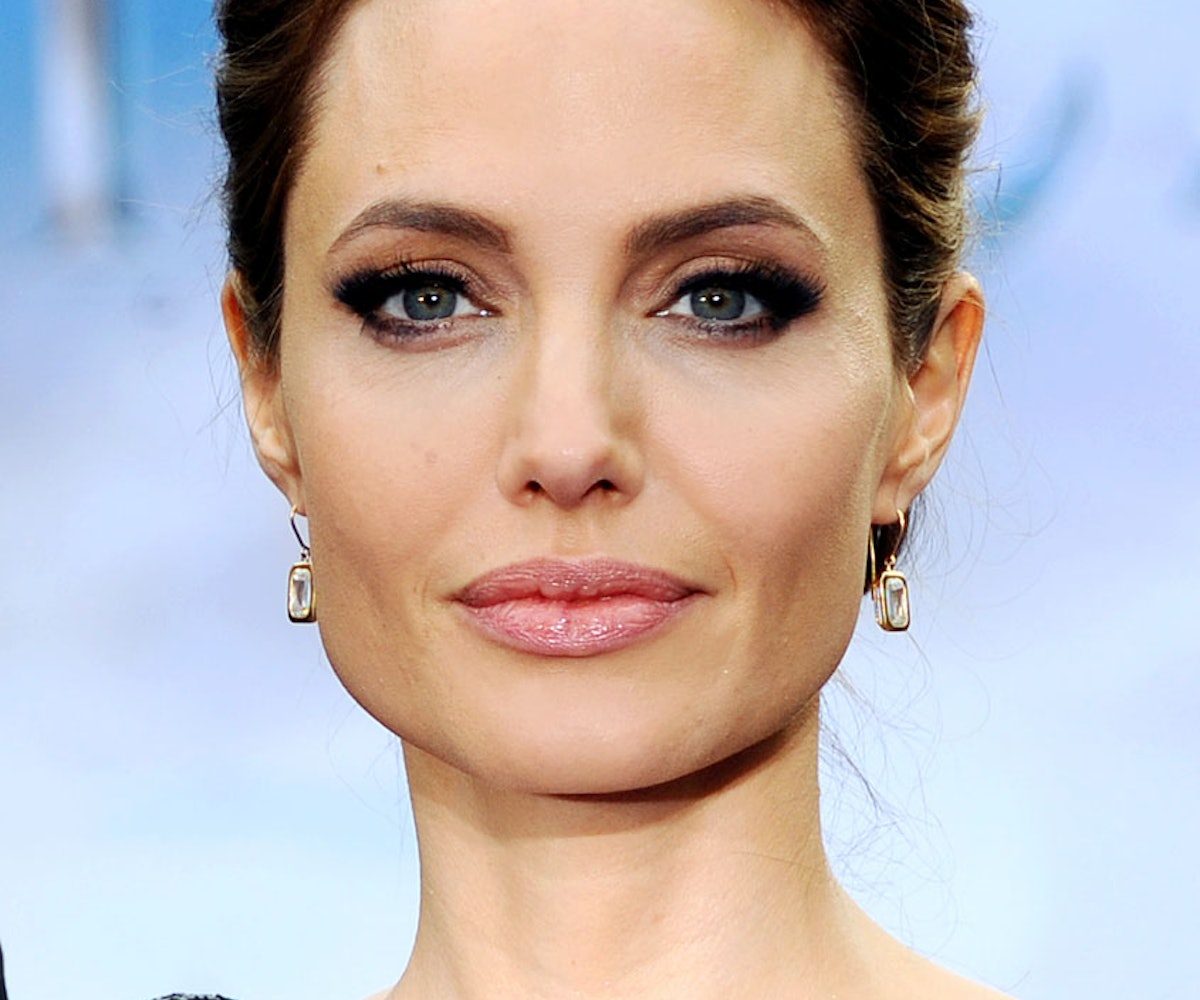 Two years after writing about her preventative double mastectomy, Angelina Jolie has just published an essay in the New York Times about her next surgery: the removal of her ovaries and fallopian tubes. Jolie’s mother, grandmother, and aunt all passed away from cancer—so it stands to reason that she’s doing everything she can to prevent her own body from developing the disease that took so many women in her family.

Jolie has the BRCA1 gene, meaning she has an 87 percent risk of breast cancer and a 50 percent risk of ovarian cancer. Last week, during a maintenance check up she routinely undergoes, her doctor spotted something that may be the beginning of ovarian cancer—which was the cause of her mother's death. The decision, for her, was clear: "I called my husband in France, who was on a plane within hours. The beautiful thing about such moments in life is that there is so much clarity. You know what you live for and what matters. It is polarizing, and it is peaceful." She writes that removing her ovaries and fallopian tubes are surgeries “less complex” than her mastectomy, but not without side effects: “It puts a woman into forced menopause,” she says, adding that because of the surgeries, she can no longer have children.

Having such involved medical procedures done is nothing short of scary, but Jolie writes that she approached it with a “let’s get on with it” attitude—reminding herself that the decision was for herself and her family. While she’s still at risk to cancer in general, she writes, “I know that my children will never have to say, ‘Mom died of ovarian cancer.’” The most important part of the piece was Jolie's admittance that removal isn't the solution to everything, but for her individual case, given her family's medical history and her age, it made the most sense.

“Knowledge is power,” she concludes, solidifying the fact that Jolie’s strength and bravery serves not just herself and her own family, but women everywhere, and hopefully her continued discussion of BRCA1 testing, she can highlight the need for it to become more accessible for all women. She affirms her power in her decision, writing, "I will look for natural ways to strengthen my immune system. I feel feminine, and grounded in the choices I am making for myself and my family." By writing frankly about her preventative surgeries, she’s helping other patients become more aware of their options. Read the full piece at the NYT; it is important for all women.