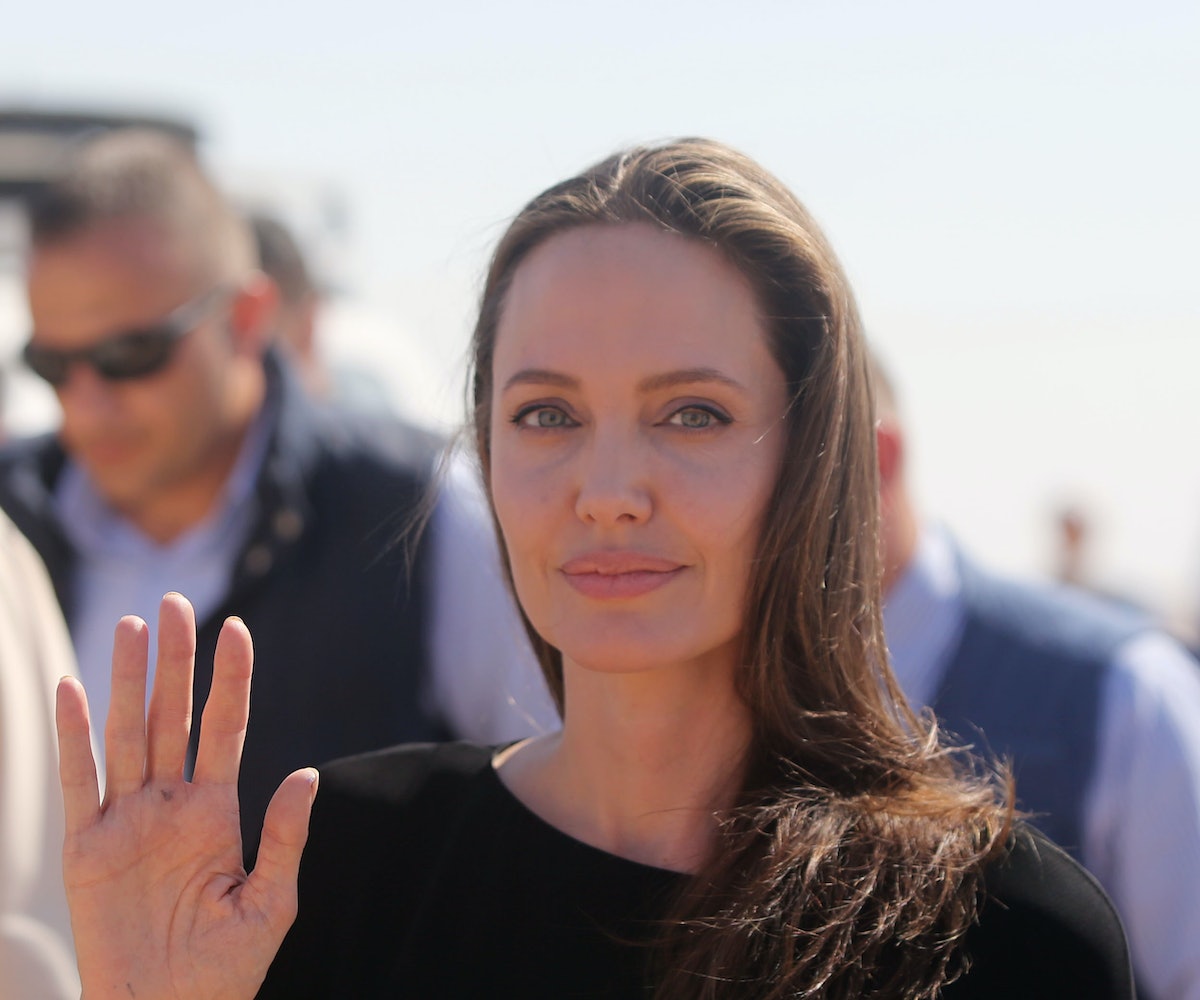 Actor and activist Angelina Jolie is the latest celebrity to speak out in opposition to President Donald Trump's Muslim ban. The humanitarian recently took action by publishing an op-ed in the New York Times about the newly enforced refugee policy. She opens the articles, titled "Refugee Policy Should Be Based on Facts, Not Fear," as follows: "Refugees are men, women and children caught in the fury of war, or the cross hairs of persecution. Far from being terrorists, they are often the victims of terrorism themselves."

From there, Jolie goes on to express how proud she is of this country's history of "giving shelter to the most vulnerable people" in the name of defending "the idea that human rights transcend culture, geography, ethnicity and religion," and point out to POTUS that there are better ways to secure the U.S. borders.

"The global refugee crisis and the threat from terrorism make it entirely justifiable that we consider how best to secure our borders," she writes. "Every government must balance the needs of its citizens with its international responsibilities. But our response must be measured and should be based on facts, not fear."

This outspokenness should not come as a surprise considering the fact that Jolie previously penned an op-ed on the same subject back in 2015. She proceeds to hit Trump with a series of facts, explaining how refugees are subject to the highest level of screening in the U.S., the state of vulnerability those seeking to resettle experience, and the danger that this will cause in terms of international relations. She concludes with the following statement:

We all want to keep our country safe. So we must look to the sources of the terrorist threat — to the conflicts that give space and oxygen to groups like the Islamic State, and the despair and lawlessness on which they feed. We have to make common cause with people of all faiths and backgrounds fighting the same threat and seeking the same security. This is where I would hope any president of our great nation would lead on behalf of all Americans.

Once again, we find ourselves completely in awe of Jolie's powerful words. Hopefully, Trump won't take it the wrong way and tweet up a storm. (But we wouldn't put it past him.) Read the entire op-ed here.