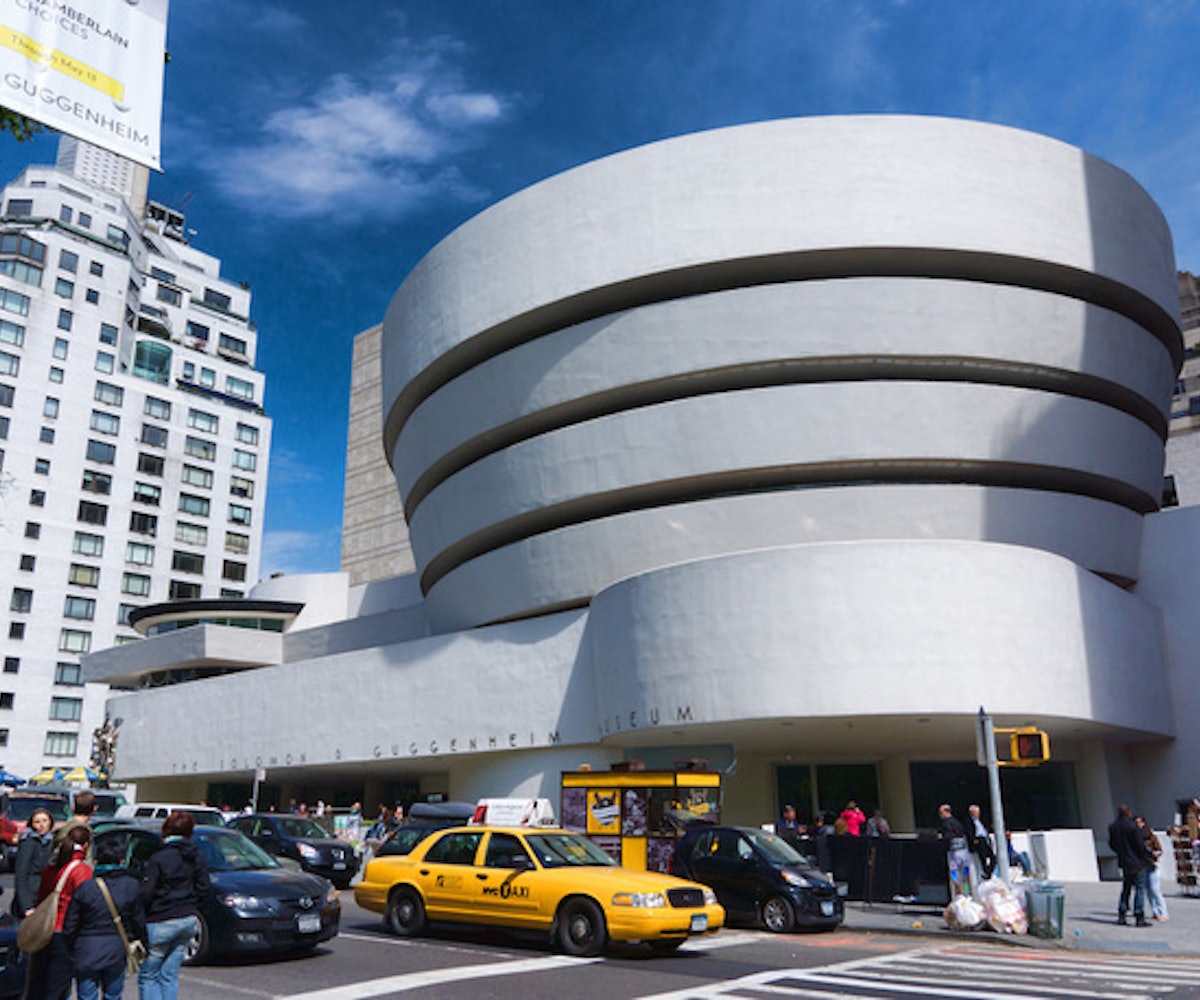 In Sun Yuan and Peng Yu’s video installation titled Dogs That Cannot Touch Each Other, pit bulls tethered to opposite ends of non-moving treadmills can be seen snarling, growling, barking, and charging at each other for seven minutes straight. The footage, which was recorded at a 2003 live performance, will be shown at the Guggenheim Museum in New York City as part of an exhibit of contemporary Chinese conceptual art. Both the artists and the venue are now attracting criticisms from animal rights groups for the depiction of (imminent) animal violence.

According to The New York Times, The Guggenheim will not comply with requests and petitions to have the piece removed from the exhibition.

"We recognize that the work may be upsetting," reads the museum's statement. "The curators of the exhibition hope that viewers will consider why the artists produced it and what they may be saying about the social conditions of globalization and the complex nature of the world we share."

But critics of the piece claim the installation amounts to animal cruelty: "Let them know that animal cruelty holds no place in art in the United States, nor should it anywhere in the world. This assault on animals in the name of art will not be tolerated or supported," reads a Change.org petition that has amassed over 101,000 signatures.

Additionally, Artnet received the following statement from PETA president Ingrid Newkirk, who takes issue with the work: "Responsible galleries and exhibitors shouldn’t be so afraid of saying no to art that treats living, feeling beings as if they were objects—and as if our society hasn’t had its eyes opened to animals’ sensitivity and the need to protect them from harm. Sensationalistic works that abuse animals are simply unacceptable in this day and age. No one needs to see animals inconvenienced, let alone tormented and goaded, for an artist to make a simple point that can be made in other ways or not at all."

The artists, a husband and wife whose works are generally considered shocking, were unmoved by the critiques: “Where is the soft spot in all of this?” said Peng Yu. “Were the dogs being abused? The answer should be no. These dogs are naturally pugnacious ... In fact, human nature and animal nature are the same. China hosted the Olympic Games in Beijing in 2008. What is the goal of this type of sporting event? Actually, it is the conversion of actual fighting into regulated competition.”

Other pieces in the exhibition also depict actions which could be interpreted as violence against animals: A piece by Xu Bing involved the tattooing of a live pig. Another installation, Huang Yong Ping’s Theater of the World, uses live reptiles and insects. The latter of the two had previously been removed from a gallery in Vancouver over animal rights concerns.

"They completely ignored the concept and ideology behind this particular art work, citing instead the doctrines of so-called ‘animal rights’ that violently interfere with the rights of an art work to be freely exhibited in an art museum," said Huang Yong Ping at the time of his piece's filming.