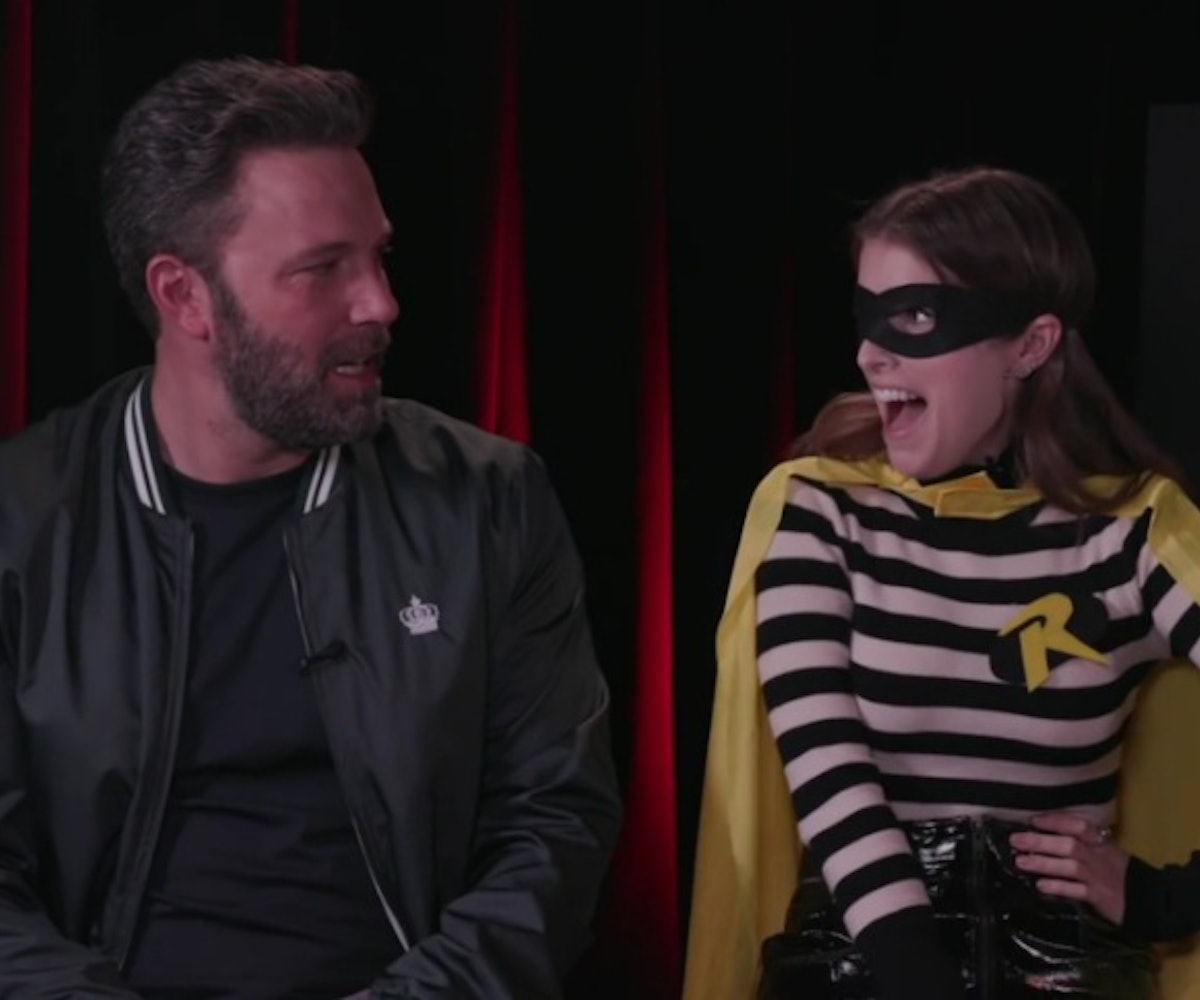 When Anna Kendrick wants something, she's not afraid to go get it. We already knew that she's keen on playing Squirrel Girl, if, of course, Marvel ever decides to pull the trigger on its most rodent-friendly superhero. Now thanks to an ingenious little bit courtesy of MTV News, we know that Kendrick has set her sights on another superhero modeled after a tiny animal.

While doing press for their new film The Accountant, Kendrick and Ben Affleck were asked about their upcoming projects. After Affleck admitted that he is in fact set to direct the next Batman movie, Kendrick suddenly reappeared wearing Robin's iconic cape and mask. "Holy coincidence, Batman! Any room for a plucky sidekick?” Kendrick wondered aloud. And just like that, Affleck crushed her dreams by revealing that they're probably not going to have a Robin in his version.

"It is 2016, and I don’t now need this patriarchal bullsh*t from either of you,” a suddenly irate Kendrick said. “Do I not have the stamina? Do I not have the look, Mr. Trump?” Forget toppling the Joker. Anna Kendrick wants to topple the patriarchy. But as it turns out, she's not the only one who had her dreams crushed thanks to previously prescribed gender roles. According to Affleck, the Pitch Perfect script came across his desk, and, well, let's let him tell you what happened.

NEXT UP
Culture
Kaia Gerber Won’t Stop Until She’s Cast As Patti Smith In A Biopic
Culture
11 Must-Read February 2023 Books
Culture
Phoebe Dynevor Will Not Return for Bridgerton Season 3
Entertainment
Chloe's "Pray It Away" & 9 Other New Songs Out This Week
Style + Culture, delivered straight to your inbox.