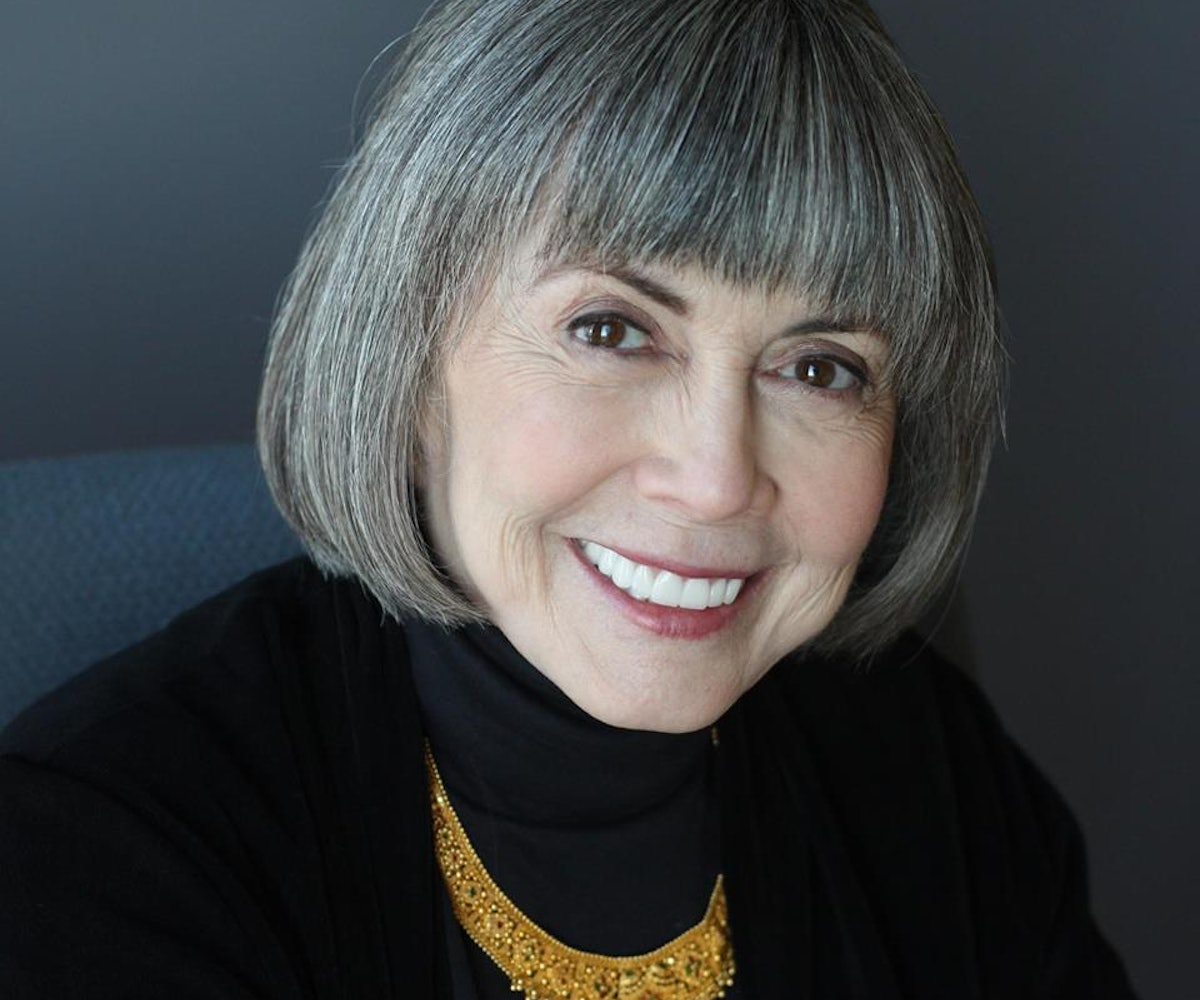 Before Twilight and Vampire Diaries sucked the sexy vampire fantasy dry, the original vampire queen was Anne Rice, who wrote the Vampire Chronicles, a series of books documenting the life of Lestat de Lioncourt, a French vampire/nobleman. The novels were so well-received that the first of the series, Interview With The Vampire was turned into a movie starring Brad Pitt and Tom Cruise. And, while the rights to the movies have been with Universal Studios and Image Entertainment since 2014, Rice took to Facebook to announce that she has reacquired the theatrical rights to the series.

"I could not be more excited about this! A television series of the highest quality is now my dream for Lestat, Louis, Armand, Marius and the entire tribe. In this the new Golden Age of television, such a series is THE way to let the entire story of the vampires unfold," she wrote in a post on her fan page.

She is developing the series with her son, Christopher Rice, who will be the executive producer of the show. Rice shared that the plan is to start with the second book, Vampire Lestat and move forward from there.

"Over the years you all have told me how much you want to see a 'Game of Thrones'-style faithful rendering of this material, and how much you want for the series to remain in my control. Well, I have heard you."

NEXT UP
Beauty
Kylie Jenner Is Bringing 1920 Finger Waves to the 2020s
Beauty
Jenna Ortega Embraces Emo Bangs and Eyeliner At Saint Laurent’s Menswear Show
Fashion
Collina Strada & Vans Team Up For A Chiller-Friendly Collection
A Night Out
A Night Out With Rachel Bilson
Style + Culture, delivered straight to your inbox.