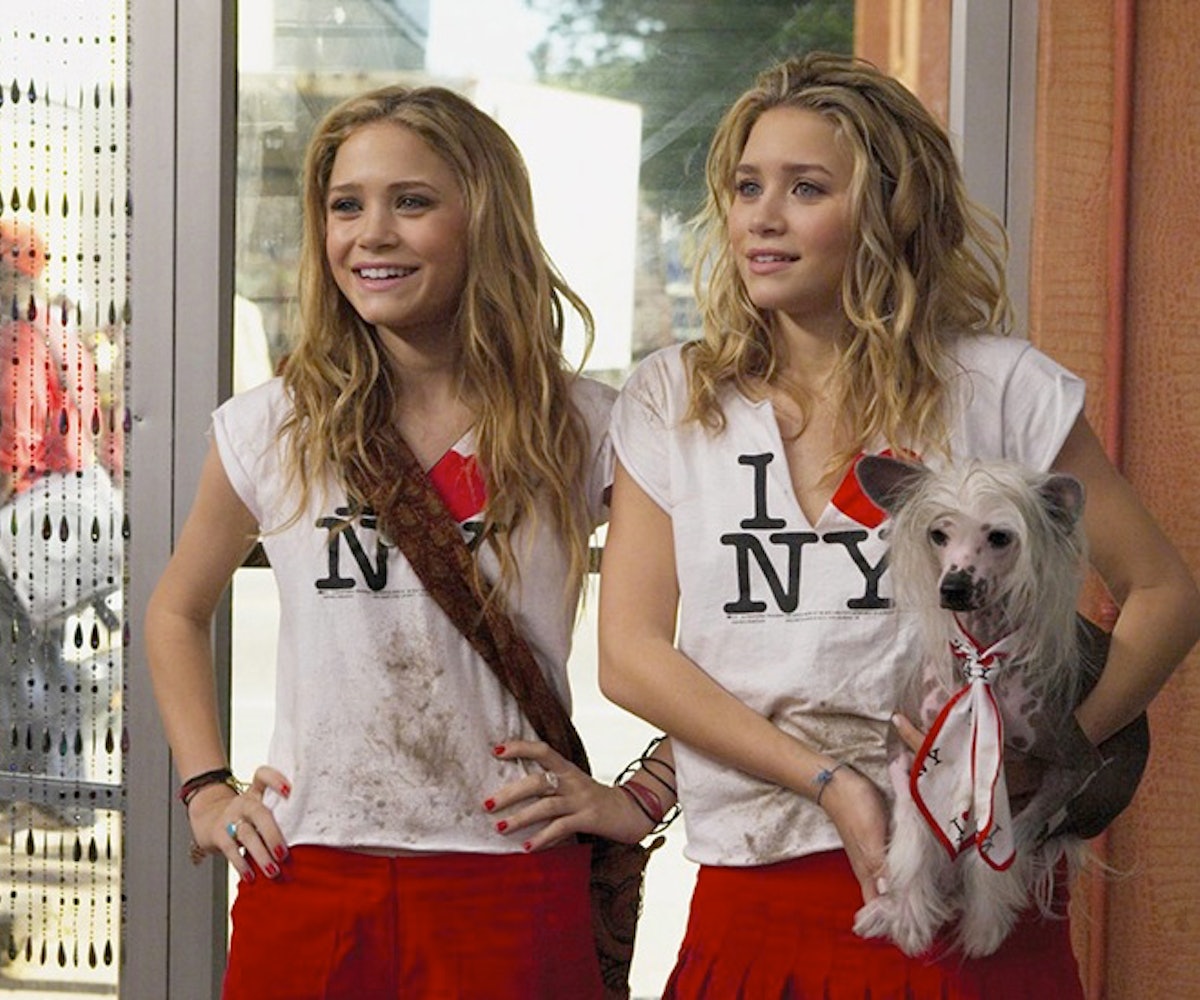 It's October 25, and I still don't have a Halloween costume. I blame it on the fact that there are just too many things I like! At the present state I have decided that I want to go as a fictional New Yorker, because I love this damn city and the kooks who populate it, even the fictional ones. I might actually like the fictional ones more, now that I think about it.

From Annie Hall to Spiderman, New York City has played home to a myriad of cool costume inspirations. I mean, Elaine Benes is from New York! But so is Margot Tenenbaum. And Carrie Bradshaw. And Rachel Green... I could go on for days, but instead I've compiled all my options in the gallery below.

So please Tweet me which fake New Yorker is your favorite to help me decide what my costume should be. Or maybe I can just wear this gold plated New York necklace and go as them all!

YOU'LL NEED: A closet full of Ralph Lauren menswear and expressions like, "La-Di-Da."

WHO: The Nanny Named Fran

YOU'LL NEED: The shortest dress you can imagine in the loudest print possible.

YOU'LL NEED: An oversized button down and tousled hair.

WHO: Marnie, Hannah, Jessa, and Shoshanna

YOU'LL NEED: A plastic dress and some mood rings.

YOU'LL NEED: A mod dress or a three piece suit.

YOU'LL NEED: A school uniform and a make out buddy.

WHO: Derek Zoolander and Hansel

YOU'LL NEED: A snakeskin suit and some hair gel.

WHO: Jay Gatsby and Daisy Buchanan

TV SHOW: Sex And the City

YOU'LL NEED: A pink tank, a tutu, and Manolo Blahniks

WHO: The Tenenbaum Family

YOU'LL NEED: depending on which character you want to go as, you'll either need a serious side part and a faux fur coat or a red Adidas tracksuit.

WHO: Kramer, George, Elaine, and Jerry

YOU'LL NEED: A floral shirt to be Kramer, a Yankees hat to be George, some two-toned loafers to be Elaine, and a T-shirt and dad jeans to be Jerry.

YOU'LL NEED: A ribbon choker, a lace-up velvet top, and a crochet cardigan.

WHO: Jane and Roxy Ryan

WHO: Spiderman and Mary Jane

YOU'LL NEED: A Batman costume and a very burly voice.