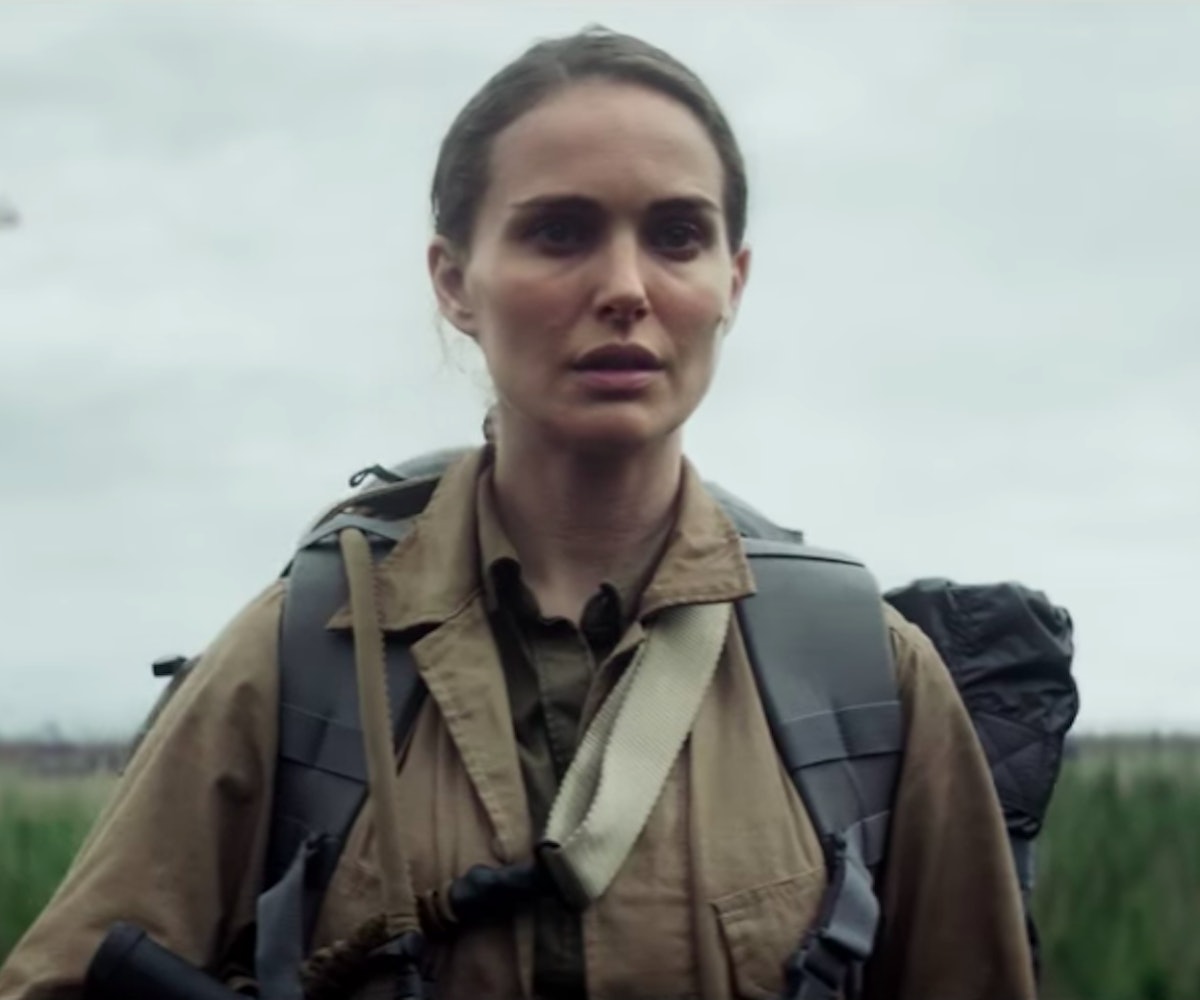 Ex Machina director Alex Garland is back with a new sci-fi thriller, Annihilation, based on the best-selling book by Jeff VanderMeer. As you may recall, we gave you the lowdown on what the hell was happening in the first trailer back in September, but now, there's a new two minutes and 30 seconds to break down.

The film centers around a couple, played by Natalie Portman and Oscar Isaac. Portman plays a biologist who served in the military, while Isaac’s character is an active army member. Our story begins with him being called on a group expedition to a mysterious place called Area X, which is more casually referred to as “The Shimmer.” This place has been overtaken by the natural world, and its boundaries are quickly expanding.

Don’t be fooled, though, The Shimmer is not as beautiful and utopian as it looks or sounds. We’re told that it’s pretty much like a black hole, with the government sending in drones and crews of people, none of which/whom return. Of Isaac's group, he was the only one to make his way back, but he ends up in a coma and doesn't appear to be waking up anytime soon. It quickly becomes personal for Portman, who puts her biology and military background to good use to find out what, exactly, is going on in this beautiful but deadly world. She enlists an (all-female!) crew to explore the area with her, including Jane the Virgin star Gina Rodriguez and Tessa Thompson.

The trailer clues us into two of their discoveries: First, the animals in this world are crossbreeds, which even an amateur scientist knows is impossible. Second, and even more confusing, there appears to be a super-haunted house which Isaac and his crew visited during their expedition. Videos showing the men “going crazy” lead Portman and her team to brave a night there, which is… stressful, to say the least. By the end, it's unclear who of Portman's posse manages to make it out alive (and whether swoon-worthy Isaac ever wakes up). Intrigued? Watch the action take place in the trailer, below.