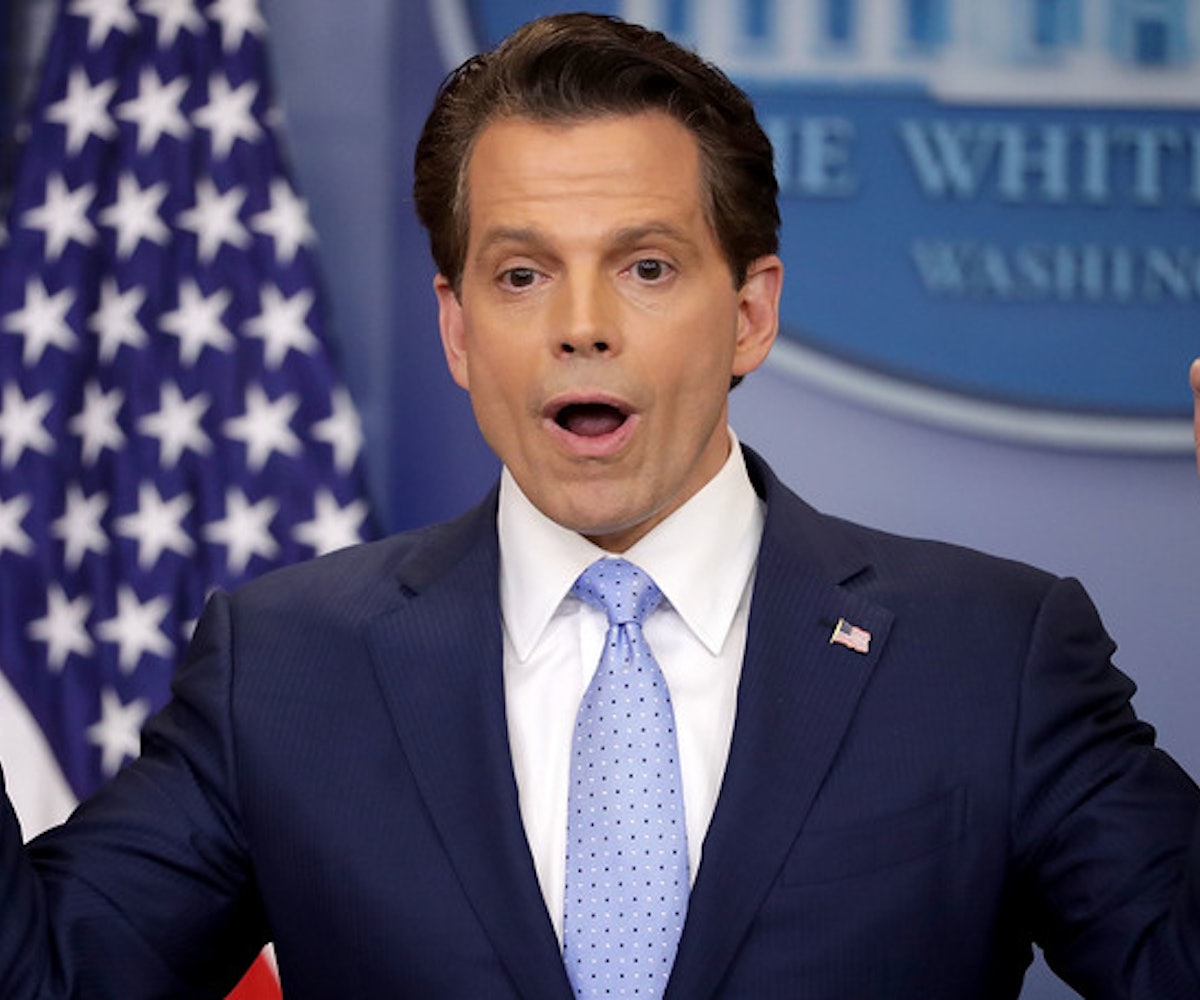 In case you’ve made a successful and healthy recovery from White House-induced whiplash in recent days, TMZ is here to report that Anthony Scaramucci’s 10 action-packed days in the White House may soon be headed for the screen, either as a television series or a feature film (but surprisingly, not as a short). The disgraced former White House communication director’s brief but lurid political career reached its zenith during a profanity-riddled interview in which he seemed to lose his entire shit while on the record with The New Yorker’s Ryan Lizza. He was hired, fired, and served with divorce papers in less than a fortnight, leaving a scrambling, embarrassed White House (and one unemployed Spicey boy) in his wake.

According to TMZ, the production currently has two working titles: 10 Days in July and Attack of the Swamp Monsters—the latter of which, curiously, seems to hint that his downfall was the result of sniping political insiders, rather than, say, Scaramucci’s public threats to “kill all the leakers” and a particularly memorable auto-fellatio reference. “The concept is an outsider assuming power in D.C. to the great dismay of longtime political hacks who go straight for the jugular,” TMZ reports. Speaking of theater, a scaramouche (“little skirmisher”) is a stock clown character from Italian theater, notable for being unscrupulous and cowardly. Just saying.

Scaramucci, who recently expressed a renewed focus on his family and his “Work In The Private Sector,” has not yet publicly commented on the project. Rather, his most recent tweet appears to be a screenshot of another tweet of a political cartoon about the White House’s staggering turnover rates. Even the Mooch isn’t above a good subtweet, it seems.

No word yet on whether the resulting flick would be categorized as horror, comedy, or perhaps, in a more accurate reflection of our current political climes, a surreal combination of the above. One can only hope it will achieve the same level of prestige in the Hollywood canon as the classic Entourage movie, a noted Mooch fave.