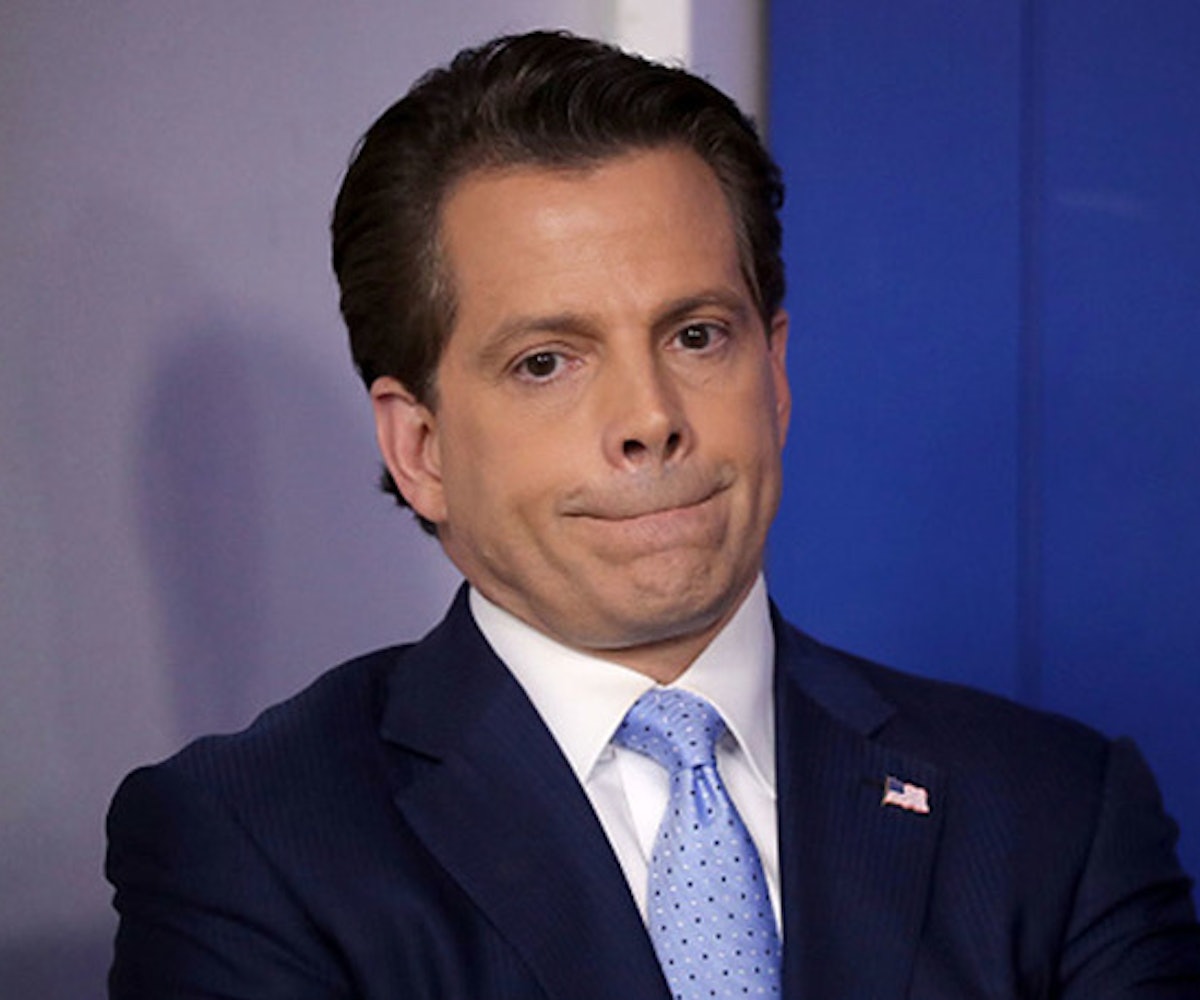 After holding the position for just 10 days, Anthony Scaramucci has resigned as White House communications director. He is the third person to leave the Trump administration in the past three weeks. Former press secretary Sean Spicer left after Scaramucci was brought on, and Reince Priebus resigned after Scaramucci called him a "fucking paranoid schizophrenic" in a bizarre interview with The New Yorker.

Sources in the White House say the decision to remove Scaramucci belonged to the new chief of staff, John Kelly. He believed Scaramucci wasn't disciplined enough for his role and that he'd "burned his credibility," according to CNN. He's probably referring to when Scaramucci berated a New Yorker reporter, screaming "cock" into the phone multiple times and threatening to fire "every one of them," referring to his entire staff.

Scaramucci's wife also recently filed for divorce, so it's been a rough two weeks for The Mooch. Naturally, everyone is thoroughly enjoying watching a, well, dick like Scaramucci get ousted so quickly, but nobody is enjoying this more than Spicer and Priebus.

The Mooch was the third communications director in just six months. Now the question is, who will take over for him? Because sadly, this isn't a dream; this is real, and we might actually have three more years of it.

Whoever takes on the role, if history is any indication, they won't last very long.