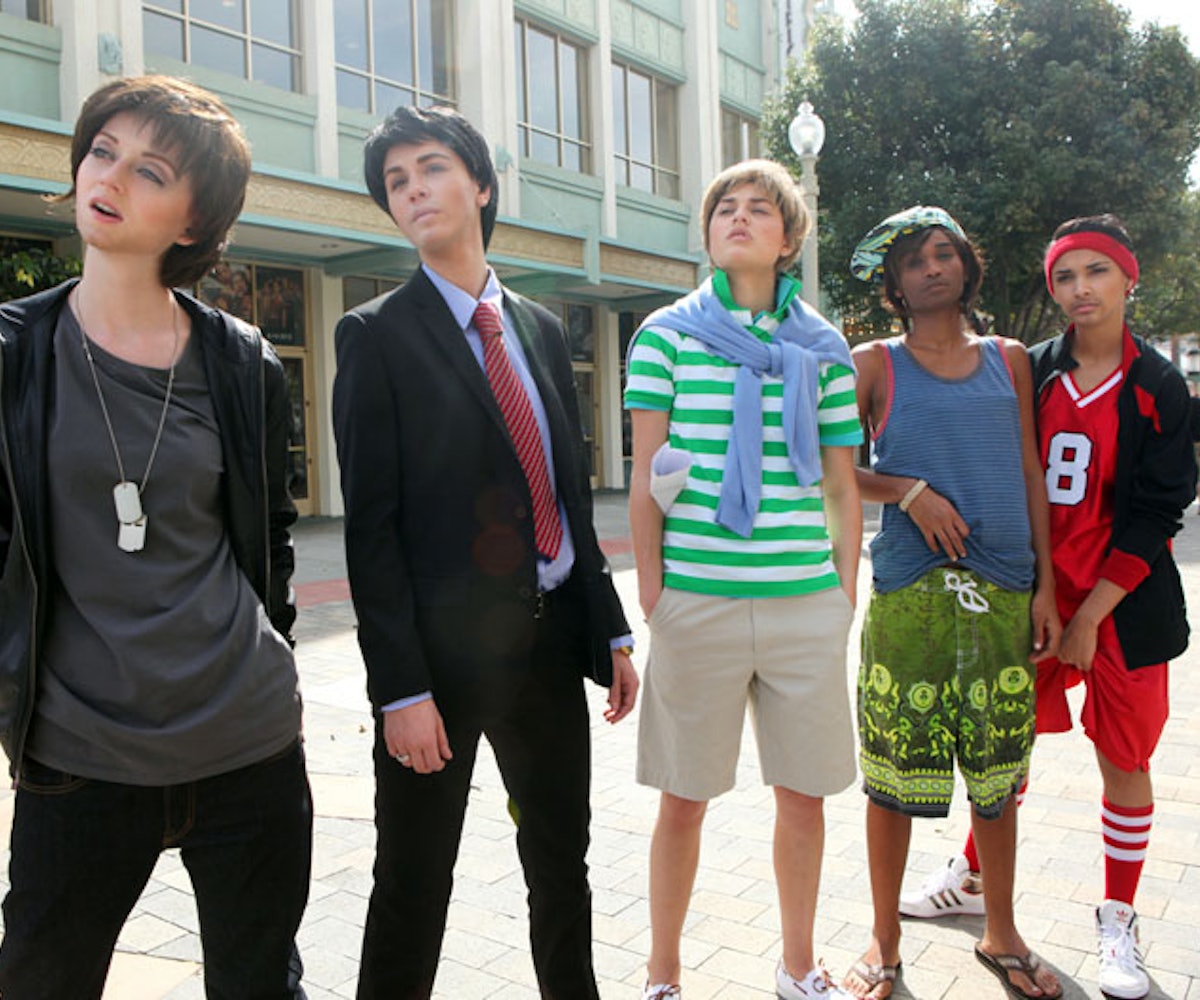 Friday's episode of ANTM was both the sexiest and weirdest one to date. While Kanani and Cory made a hot guy and powerful woman, respectively, Alexandra couldn't cut it as a business man.

We spoke to the Florida-native about competing against the boys, posing for Flizel pics, and who she's hoping takes the title. Read on for this week's edition of ANTM Axed.

I would definitely say that my favorite part was getting to be mentored by Tyra. I received such amazing advice from her and really grew as a person. Being able to hear what her critiques were of me to make me a better model was my favorite part.

Are you planning to continue modeling?

Yes! Absolutely. I am continuing modeling right now, and I love acting, too, so I'm pursuing that as well. I definitely don't want that to be the only thing I'm doing. As you know, Tyra has created an empire and she's

not just a model. You're only a model until you're 25 unless you've made a name for yourself. I definitely am continuing modeling, but I want to do so much more than that.

Which shoot was your favorite?

My favorite shoot in general was probably the trailer park shoot, even though it was absolutely ridiculous and hilarious. I learned a big lesson in that shoot too. I got a fanny pack put on my stomach, and my face looks so strong, but then the entire bottom part of me totally bombs and ruins the photo. Your face can be strong, but you have to make sure the rest of your body matches.

Was it weird having guys on this season?

I loved it! I personally thought it was way better than having all girls because guys, I think, are less dramatic. It was fun to have some guys break up all this estrogen and not have all these catty little girls around all the time. The guys are more chill. There were definitely the moments where [it got weird] like when Jiana and Phil are starting to hook up, and there's drama between them, but of course things like that are going to happen. But besides that, I think it really added a new dynamic this season.

What were you most surprised about the competition?

Would you do anything differently?

I wouldn't be able to do anything differently because the advice Tyra gave me was what I needed to use to get better. It's not the end for me–I could definitely come back on the show. I had such high social media scores, so the fans always loved everything even if the judges didn't necessarily love it. I definitely have a chance to come back.

Who are you rooting for of the remaining contestants?

I'm probably rooting for Don. I don't think most people would expect me to say that, but Don is probably one of the most genuine, nice, cool, funny guys i've ever met. If i'm not going to win–which I still want to win–but if I'm not going to win I definitely hope that he does.

NEXT UP
Culture
6 Shows To Binge Once You've Finished 'The White Lotus'
Culture
Phoebe Dynevor Will Not Return for Bridgerton Season 3
Culture
Succession Season 4 Trailer Explodes With Family Drama
fashion
All Of The Sexy, Sparkly Outfits From The 2023 Grammys Afterparty
Style + Culture, delivered straight to your inbox.