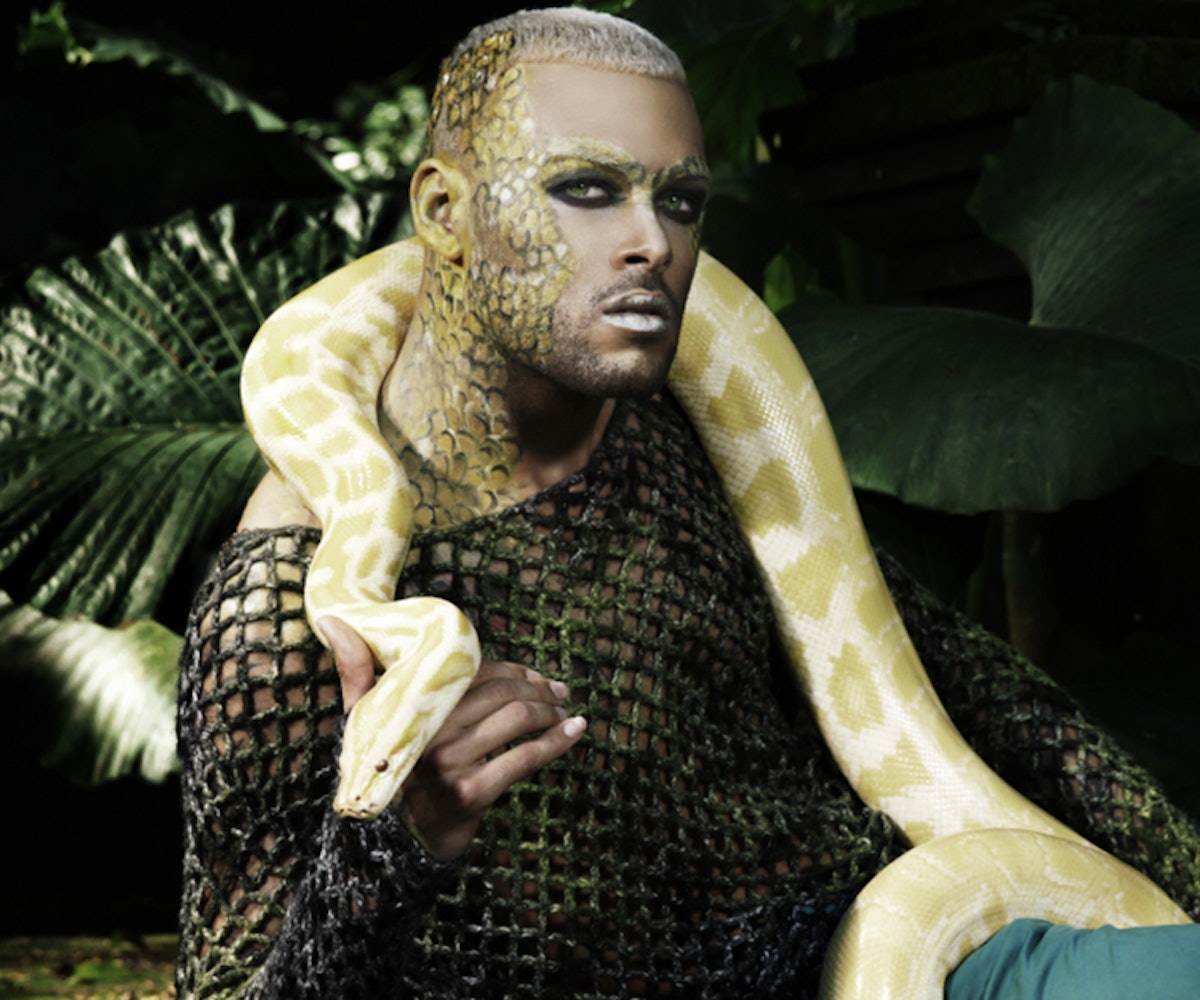 ANTM took a hit this Friday when fan favorite Don was eliminated. The Minnesota native won our hearts with his blue eyes, rap background, and nice personality, but unfortunately that wasn't enough to woo the judges to keep him for another week.

We caught up with the model over the phone while he's in Los Angeles prepping for fashion week there. Read on to find out what he learned from being on ANTM.

Tell me what it was like to pose with a python! I was afraid, and I was just watching it on TV!

I like snakes and I'm not scared of them, so it was actually really dun. It was difficult trying to make a snake cooperate through a photoshoot. It was very heavy, so after doing so many pictures it gets very strainging on your neck.

What was the craziest thing to happen to you on the show?

The last episode where they tried to make me walk underwater with that helmet. I thought it was going to be walking down the building, but they pushed it with the underwater challenge.

What was the funniest thing to happen in the house?

When Phil added his bunk bed to the top floor with Marvin and I. He actually slept like that the whole night.

Can you tell me any secrets about the couples in the house, like Marvin and Renee?

Umm... Not really. They actually leaked the crushes pretty well [on TV]. They caught Marvin!

Which judge do you think gave you the best feedback?

I feel like Rob gave me the best feedback. He was pretty consistent and gave me good scores.

Which of the girls poses the biggest threat for the guys?

Renee, she's a go-getter. She's very motivated, high-spirited, and I feel like she'll do whatever it takes to win.

Which of the guys is the toughest competitor?

I know Marvin wants this really bad, not only for himself but for his family, so see him he's digging really deep. Chris H. has a lot to gain out of this, so I think those two are really going to be competing against each other.

What was the number one thing you learned from being on the show?

The number one thing I learned would be to just go with the flow. You can't over think or wonder what's coming next, you just have to be ready to go with whatever is being thrown at you.

For sure. I already have a couple shoots lined up and I'm walking in Los Angeles fashion week this week, so I'm definitely going to stick with it.

What advice would you give to someone who wants to be on ANTM?