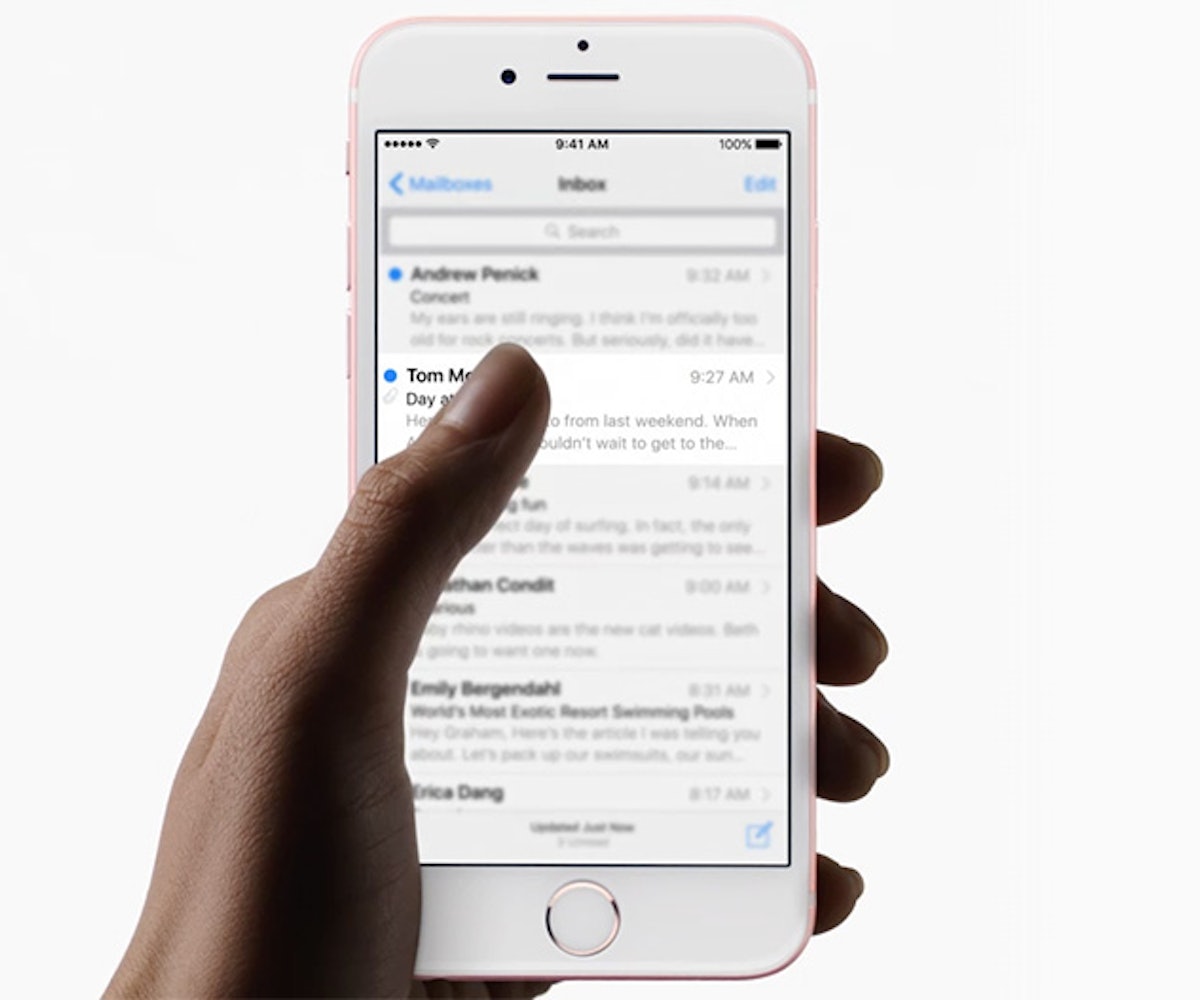 Apple and the touchscreen are happy bedfellows. You can’t have an iPhone, Apple Watch, iPad, or iPod without one, really. So, when news that Apple filed a multi-touch surface patent on Tuesday, buzz of touch-free Apple gadgets started to get louder.

Apple Insider first reported on the patent that consists of “the no-touch, close proximity hovering of fingers or other objects above a touch-sensitive surface but outside the near-field detection capabilities of touch sensors.” Basically, the technology is smart enough to sense your finger movements even if you’re not making contact with it. Fingers, palms, or any other object hovering over the device would be capable of completing actions like closing apps, powering on and off, and adjusting the device’s settings. Essentially, the gesture technology would build off Apple’s newest innovation, 3D Touch. How the patent’s technology would be incorporated in future Apple endeavors remains unknown. There are diagrams that suggest keyboard integration might be incorporated, but we won’t know when or if this technology will come to fruition. (You can view the diagrams here.) Your guess is as good as ours. No sleep 'til Apple’s big event in September, right?