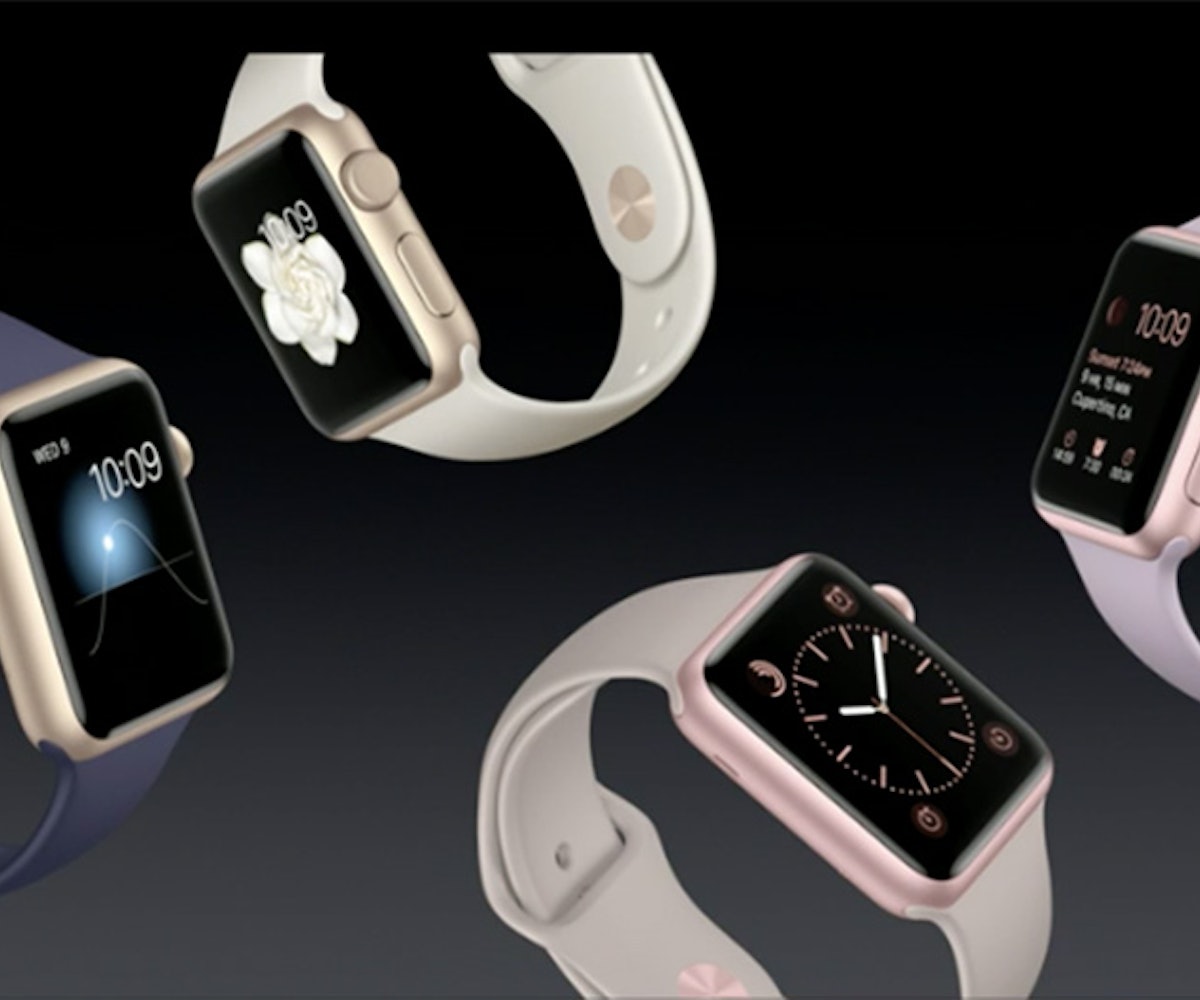 The annual Apple event kicked off with probably its most luxurious item, but one that has yet to really take off: the Apple Watch. And man, big things are coming to Apple's tiniest gizmo. For one, Facebook Messenger will be available on the device. There’s also a way to sync your GoPro that helps to use your camera as a monitor. It's important to note that Apple is loosening its iron grip and becoming more willing to work with third party developers to integrate uses like its Airstrip collaboration. Just how far developers can go will depend on the new Apple Watch iOS 2, which Apple confirmed will be available on September 16 and will add features like audio FaceTime and native apps.

Coming this October are new hand-stitched Hermés bands that uses its “traditional iconography.” If that ain’t your cup-o-tea, rose gold, anodized aluminum, and an all-black-everything model are on their way. There’s also a Product (Red) band coming, too. Clearly, Apple is going for the holiday shopping crowd, whether or not consumers want it. We’re here for it.