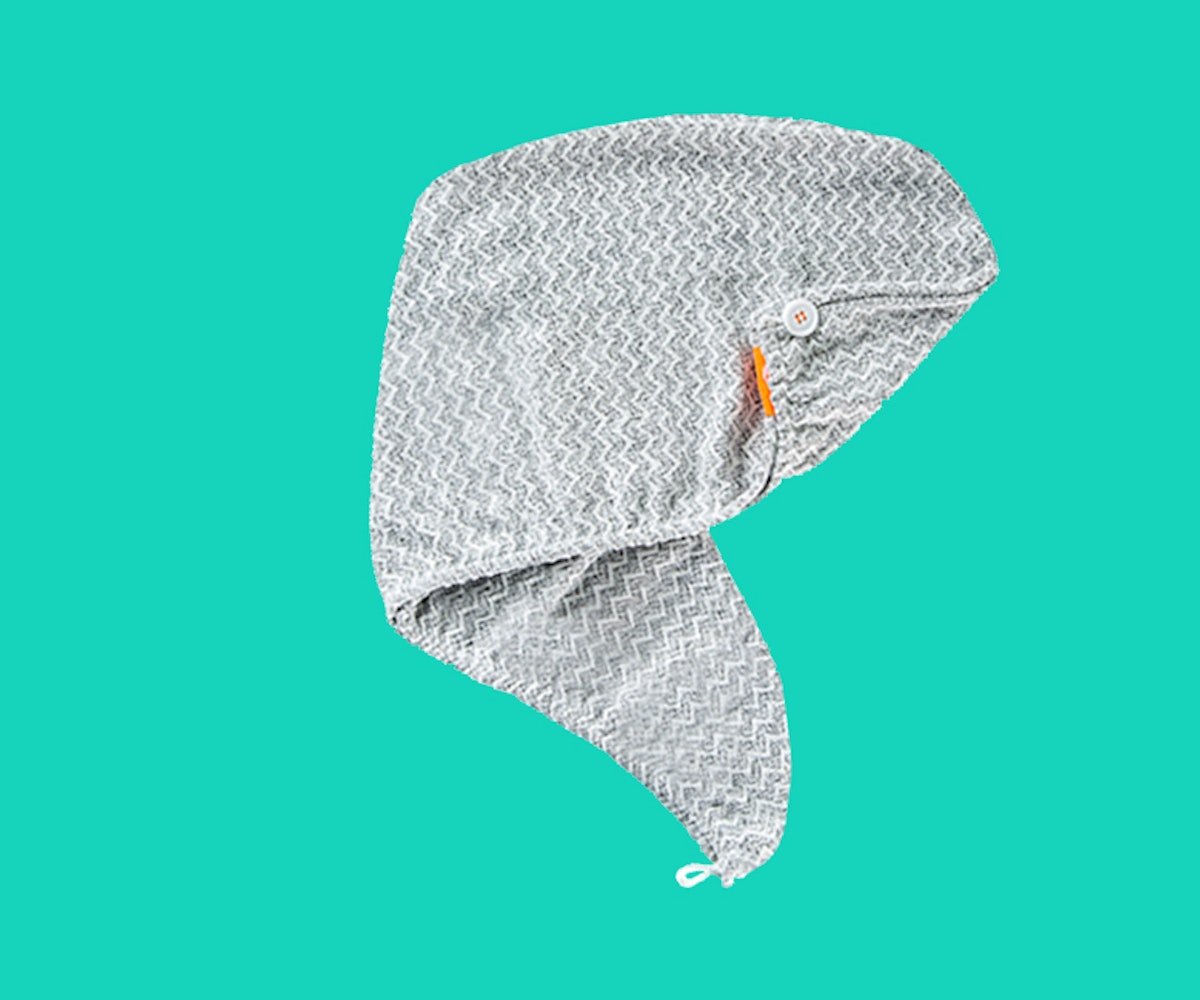 Life is unfair. It's easy enough to have learned this just by watching the news this last year (RIP 2017), but, also, I know it for sure based on the fact that I don't deserve my hair. While I, apparently, have not been blessed with modesty, I have been with really great hair. It's long, thick, requires zero styling on any given day, and just naturally falls prettily. I don't even own a blow dryer, and whenever I get a compliment on my hair, it's typically because I brushed it—an also somewhat-infrequent occurrence. All to say, I am lazy with my hair, but have been rewarded nonetheless. Like I said, life is unfair.

Given that I don't own a blow dryer and live on the East Coast, the only viable way to dry my hair before leaving the house in the winter (the two times a week that I wash it), is to sleep with it wet the night before. Sure, I've been told that it's a bad habit and will ruin my hair, but, seeing that it hasn't done anything yet to damage it in my almost three decades of living with it, I am starting to think that the warning is given by people who just don't like wet pillows (see: my boyfriend, with whom I live and share a bed). This is a fair point, though, and, truth be told, has been a silent complaint of mine, too.

I've tried to avoid the dreaded wet pillow phenomenon by wrapping my hair in a towel after I step out of a shower; I then proceed to lay that towel over my pillow to "prevent it from getting wet." The result? A wet towel, that can quickly turn from freshly smelling to, well, not, and a wet pillow, which over the course of the night absorbs the moisture from the towel. Not ideal, but not enough of a problem to stop me from my night-washing habit. However, it was just annoying enough for me to give AQUIS Lisse Luxe Hair Turban a try when one was given to me.

The premise of the turban is simple: Instead of using a regular towel to dry your hair, wrap your hair in the turban, which is made specifically for this task (unlike your bath towel), and twist it up before securing with a button conveniently sewn onto the fabric. What the turban does is eliminate the friction when drying, which allows your hair's cuticle layer to stay intact and lock in moisture. So while the AQUITEX material, an innovative water-wicking fabric made from ultra-fine fibers, absorbs more water, more quickly than a bath towel, it also helps maintain healthier hair by minimizing friction and, as such, reducing hair breakage and frizz.

While I can't speak to its powers of restoring all hair types to a stronger, healthier condition, adding shine, or reducing frizz (because, as mentioned above, I have really good hair already), I can vouch for its absorbency—it promises to dry hair 50 percent faster than a regular towel, and it does from my experience—which has become a life-changer for my pre-bedtime washing routine, since I no longer need to leave wet towels over my pillow. In fact, the turban dries my hair so fast, I don't need to put anything over my pillow, as my locks are essentially dry by the time they hit my silk pillowcase. Additionally, it leaves my hair smoother and feeling less dried-out, which I especially notice during wintertime.

AQUIS' hair turban is also super-comfortable to wear, being that it's lighter than a towel and does not threaten to slip off my hair every few minutes. And while it may feel slightly ridiculous to shell out $30 for essentially a hair towel masked as a turban, let me tell you that it's not by any means a gimmick, and, even if it doesn't fully restore your damaged hair, AQUIS will cut your blow dry time by at least half. But don't just take my word for it, see my hair post-AQUIS (and, fine, post-brushing), here.