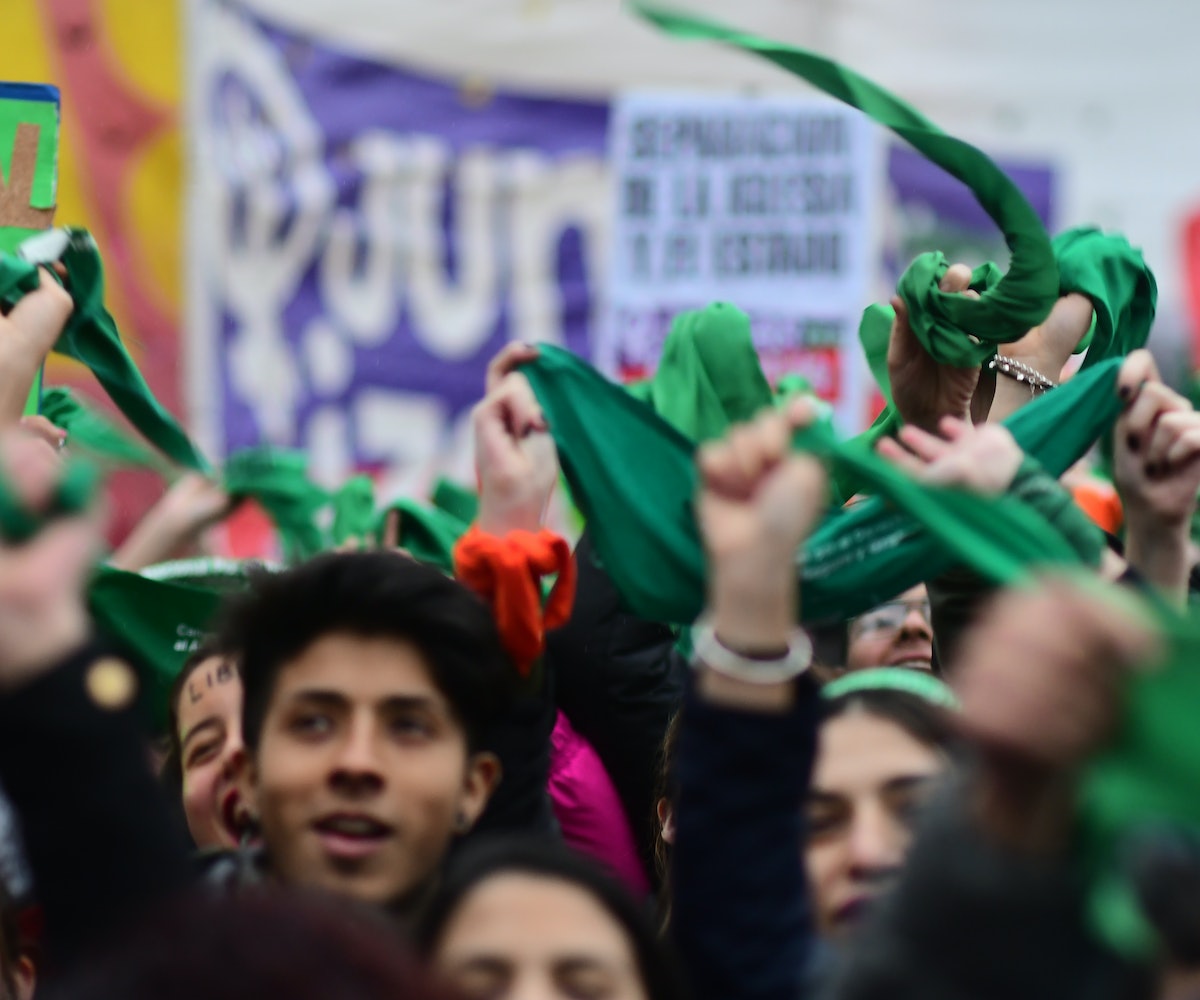 Argentina’s Senate just narrowly rejected a proposed bill that would have made abortion legal in the country. On Thursday, 38 senators voted against the bill, 31 senators in support, and two senators abstained. The defeat comes as a blow to a grassroots movement that brought reproductive rights to the attention of those in charge of writing legislation and sparked feminist activism across the country.

In Argentina, if a woman is found to have had an abortion, she can be jailed for upwards of four years. Abortion is only condoned if the woman’s life is in danger or if she has been impregnated as a result of rape. This bill would have legalized abortions during the first 14 weeks of pregnancy.

The bill’s rejection was in large part due to the Catholic Church’s stronghold on the region—The New York Times described a key cause of hardened opposition to the bill to be the voice of the Catholic Church, as “leaders spoke out forcefully against abortion from the pulpit and senators from conservative provinces came under intense pressure to stand against the bill.” In the hours leading up to the vote, the Buenos Aires Metropolitan Cathedral hosted a “Mass for Life.”

Advocates for women’s reproductive rights in Argentina, though upset by the setback that the bill’s defeat has caused, still see success in the fact that the movement gained so much traction in a deeply conservative area where speaking about abortion and domestic abuse is still considered taboo. “If we make a list of the things we’ve gained and the things we’ve lost, the list of things we’ve gained is much bigger,” said Edurne Cárdenas, a lawyer at the Center for Legal and Social Studies, a human rights group that supports the legalization of abortion.

Activists have not given up hope for the legalization of abortion in Argentina—many told CNN that they will continue to fight until legislation is passed.