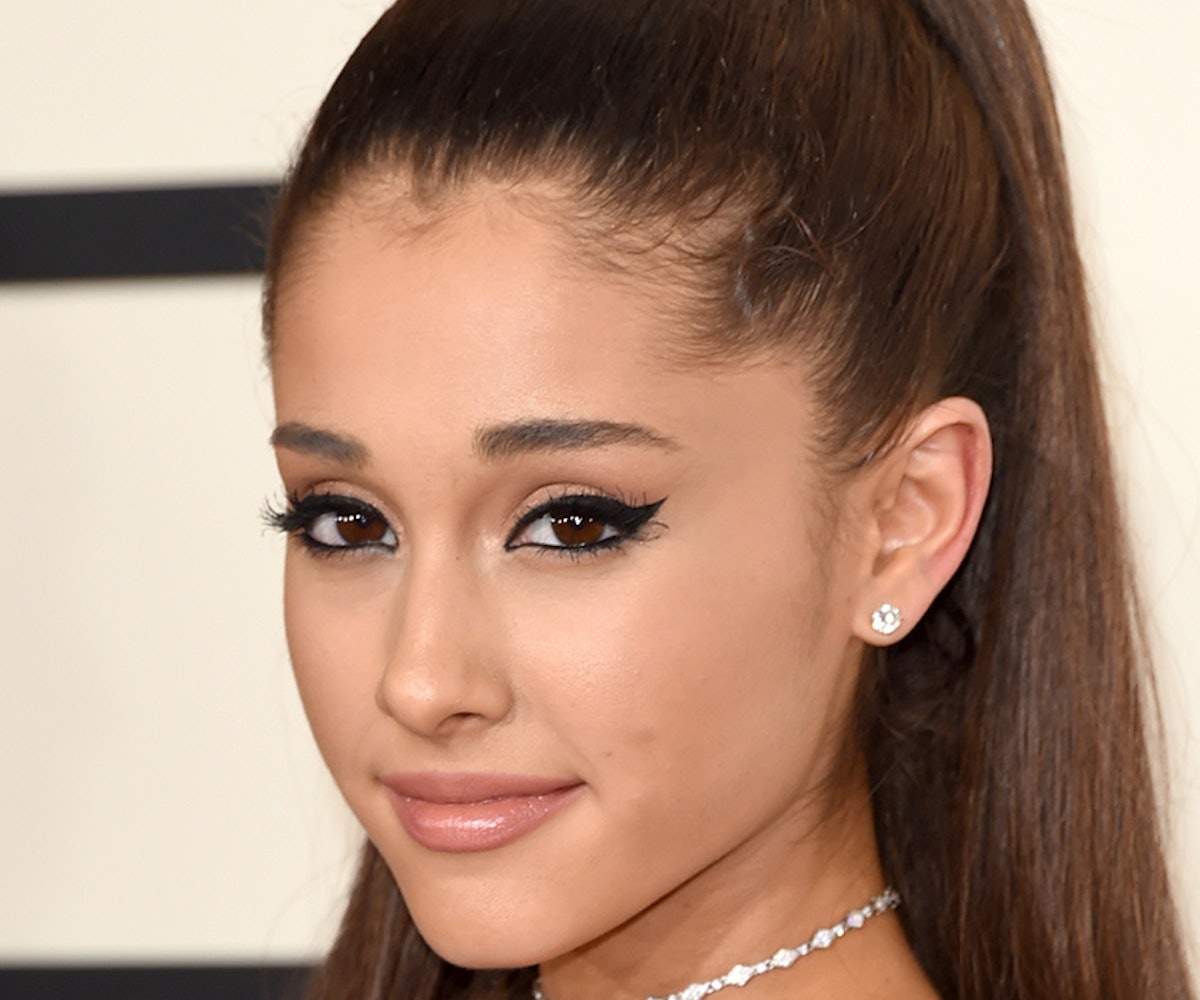 Photo by Jason Merritt/Getty Images
by Hayden Manders
May 20, 2015

Recently, Ariana Grande told a crowded cavern the following prophecy: "My father told me that behind here, there's a rock, that if you touch it, it'll open up the world." Well, if by "rock" her father meant her hair, and by "touch," he meant remove, then yes! Yes, indeed the world will be opened if Grande removes her hair.

It is no secret that Ariana Grande’s mane is full of secrets. Some have argued it holds the keys to the universe. Some might even say she’d have one less problem without it. But she cannot break free from it as it is her lifeblood—the oxygen to her brand. During a recent trip to a dimly lit cave, however, she took it down. In the process, a British spirit seemed to possess her, giving her a British accent. Is Ariana Grande Ariana Grande without her mane? Perhaps. Now she has the chance to become she she really are. Break free, Ariana. Break free.

NEXT UP
Beauty
Ariana Grande is Fully In Her Jennifer Coolidge Blonde Era
Culture
Taylor Swift Is Directing Her First Movie
Entertainment
Paramore Announces Album 'This Is Why' For February 2023
Fashion
Dickies & Gucci Vault Drop A Sparkling, Studded Holiday