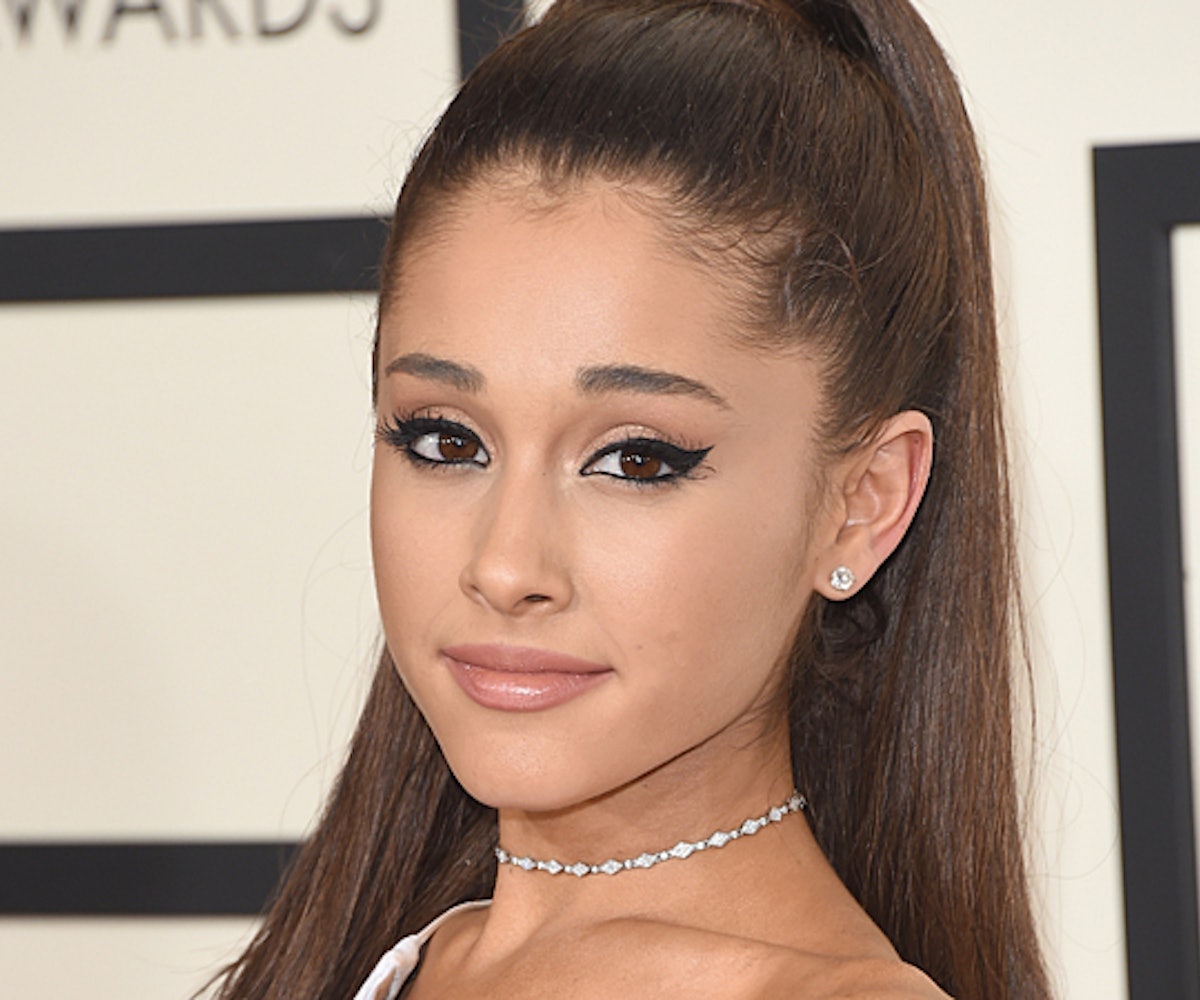 Last night, Ariana Grande and her mother, Joan, tweeted about the problematic ways in which magazines are marketed to women and men. First, Mama Grande posted a pic on Twitter of a "Women's Interests" magazine rack and the opposing "Men's Interests" one, with the caption, "What's wrong with this picture???"

"Oh! so women are only interested in tabloids & if I want to read about cars, business, science I have to go to the MEN'S section?," the singer responded to her mother's tweet, citing the fact that the first rack only featured entertainment, fashion, and beauty mags, while publications like Forbes were only featured on the rack designated for men's magazines. Grande then followed up with the very valid point that there are many men who read Vogue and ELLE, magazines that are supposedly only for women. The ladies sparked a necessary convo about just how arbitrary of an idea it is for certain magazines to only be of interest to specific genders, and that changes need to be made. Props to the mother-daughter duo.