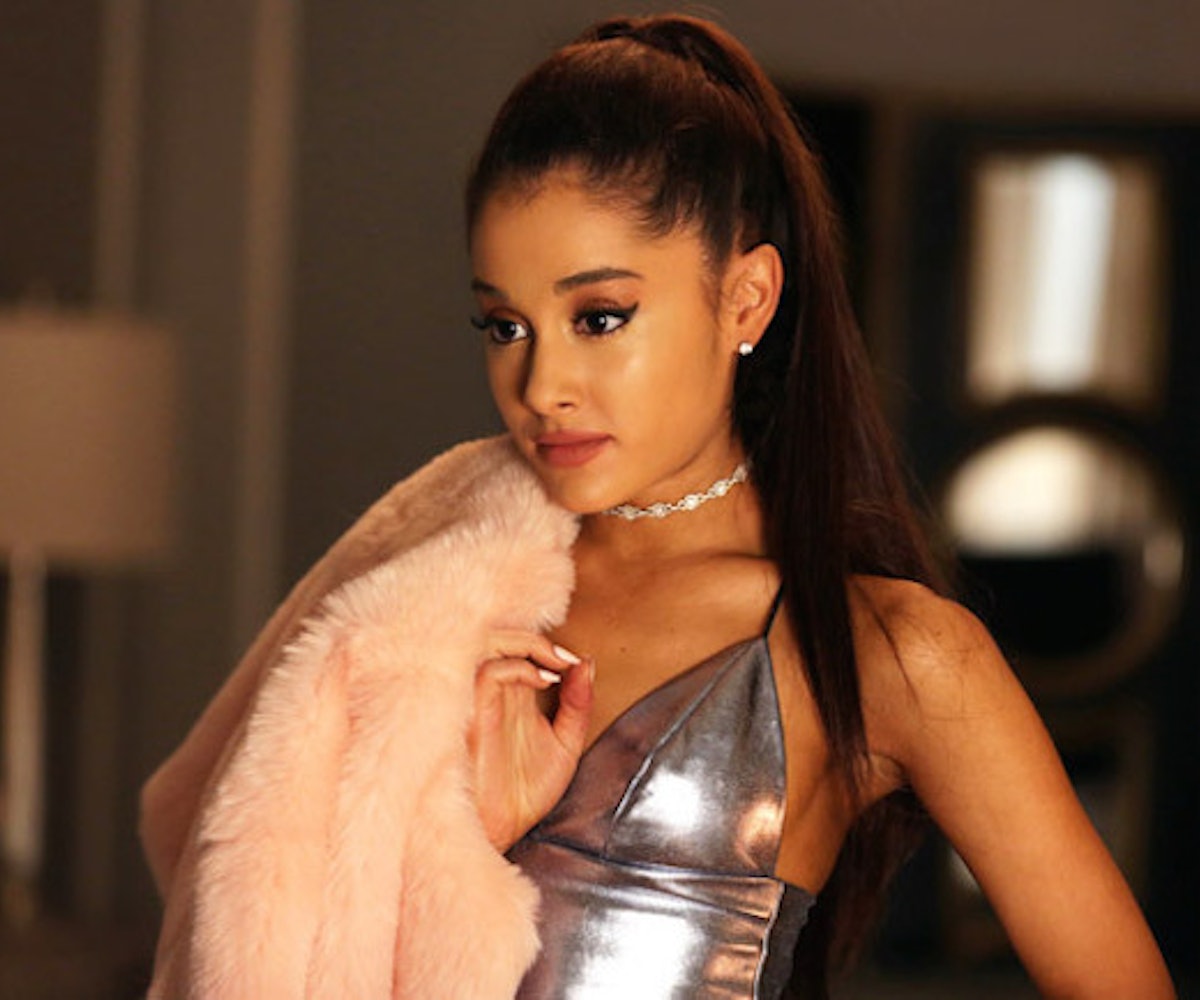 Chill. There are no spoilers in that headline up there: Scream Queens used the death of Ariana Grande’s character Sonya (more commonly known as “Chanel No. 2”) as promotional material, releasing word of it to the public even before Ryan Murphy’s campy campus slasher series premiered. If you didn’t already know, then you just haven’t been paying attention. Sorry, uh, not sorry…?

This fresh news, however, is somewhat spoilerific. Consider that your warning. Teaser images coming from Scream Queens indicate that America’s most famous multi-octave, ponytailed doughnut licker is returning to Ryan Murphy's completely bonkers show despite being used as a dancing piñata by the Red Devil in the very first episode.

In them, we see Chanel No. 2’s funeral (pink coffin, natch), the young women of Kappa Kappa Tau conducting a seance to contact someone (perhaps her?), and Grande herself standing in what appears to be Chanel No. 1's bedroom. Guess she broke free.

Is Grande playing a ghost? A bad dream? A prophetic vision of things to come? Chanel No. 2's evil twin, Chanel No. 2.5? With this series, all those theories seem imminently possible. To find out, you'll have to watch the episode, “Beware of Little Girls”, on November 3.